Research into hypoxia may hold treatments for cancer 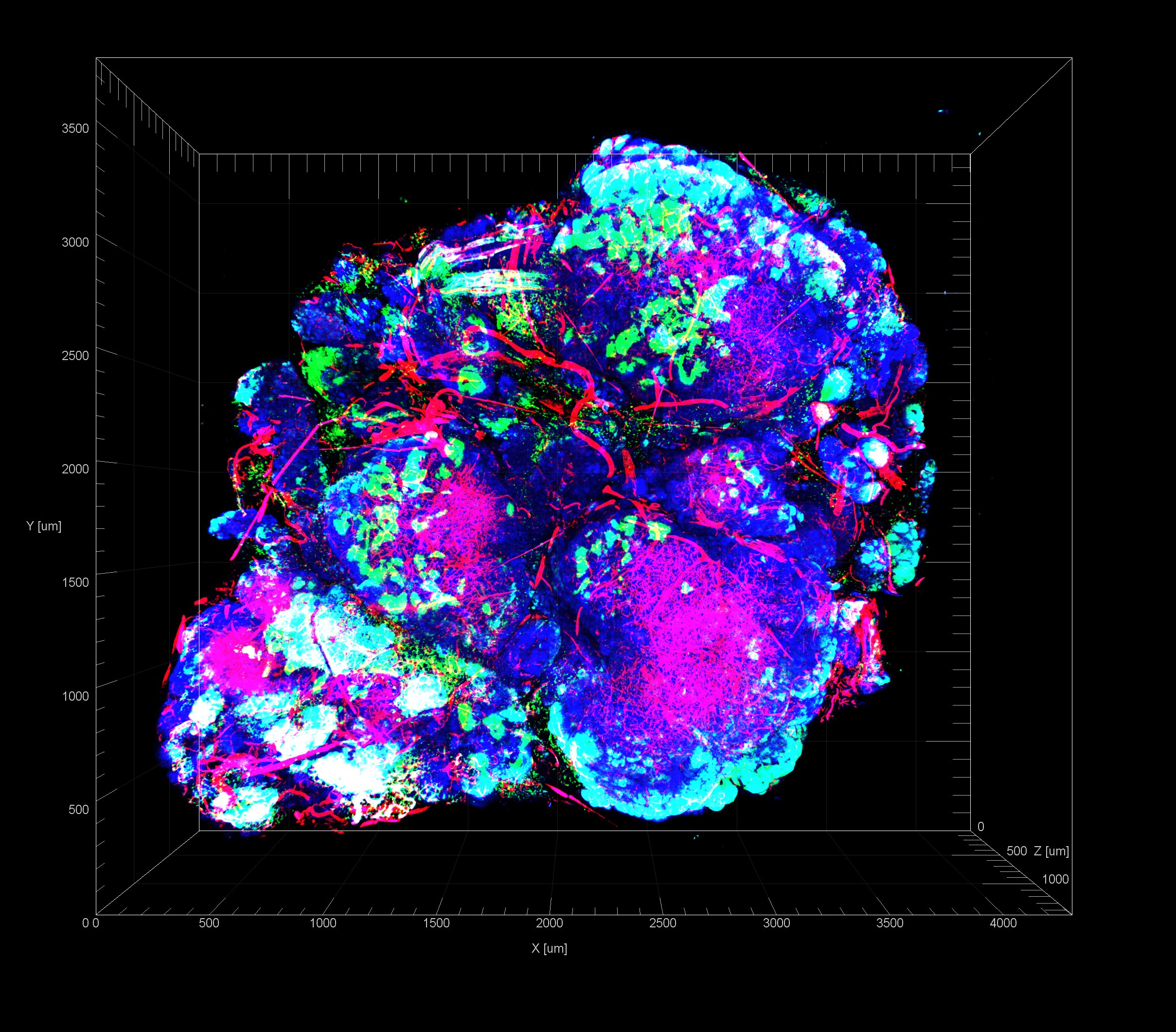 As tumors grow, they induce a state of hypoxia on the cells that surround them, as visualized here for breast cancer. (credit: Courtesy of NIH Image Gallery via Flickr) 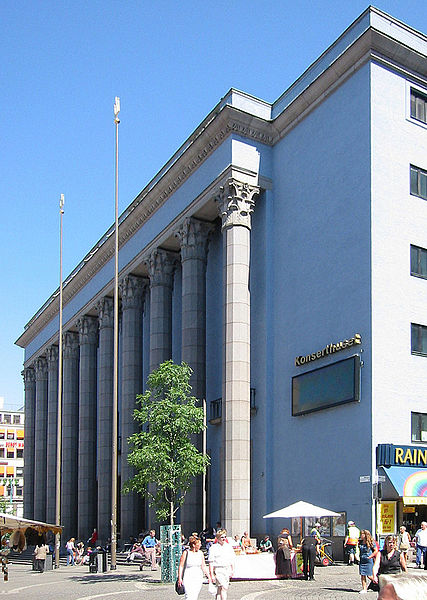 The Stockholm Concert Hall in Sweden, where laureates will be presented with the Nobel Prizes in December 2019. (credit: Courtesy of Andreas Praefcke via Wikimedia Commons)

“I always say, one’s company, two’s a crowd, and three’s a party.”
Artist Andy Warhol would agree that three is the magic number at 2019’s Nobel Prize celebration. Like chemistry, the 2019 Nobel Prize of Medicine has been claimed by a trio: William G. Kaelin Jr. of the Dana-Farber Cancer Institute and Harvard Medical School, Sir Peter J. Ratcliffe of Oxford University and the Francis Crick Institute, and Gregg L. Semenza of the Johns Hopkins School of Medicine, for their contributions to research in hypoxia.
Hypoxia is a condition characterized by a deficiency in the amount of oxygen reaching body tissues. Some of the outward symptoms may include asthma attacks or severe shortness of breath. In response, the kidney secretes a specific hormone known as erythropoietin (EPO). Semenza’s line of research investigated possible connections between a generation of EPO and specific DNA segments. Ratcliffe, on the other hand, was able to discover oxygen’s role in regulating EPO production.
Simultaneously, Kaelin found the expression of several hypoxia-regulated genes in cancerous cells, without the genes for von Hippel-Lindau’s disease (VHL disease). VHL, characterized by cysts and tumors in multiple organs, is a condition that increases the risk of cancer in those with the gene. This led him to find a link between the hypoxia-induced factor with von Hippel-Lindau’s disease.
Together, Kaelin, Ratcliffe, and Semenza were able to synthesize their findings to create a new understanding of how somatic cells in the human body sense oxygen levels, especially from the perspective of hypoxia. At low levels of oxygen, the factor (HIF) binds to DNA in the cell nucleus and causes EPO to generate, thus initiating the physiological responses associated with hypoxia.
The recent discovery has paved the way for research in many other conditions (especially anemia associated with renal failure) linked with the oxygen levels in cells, as well as a new type of therapy using an oxygen-regulatory mechanism. Cellular machinery regulated by oxygen plays an important role in cancer growth, as it is used to stimulate blood vessel formation and reshape the human metabolism, enabling the proliferation of cancer cells.
To the surprise of many, this isn’t the first adventure for these three Musketeers of medicine. The three scientists previously shared the Albert Lasker Basic Medical Research award in 2016 for their work in this area.