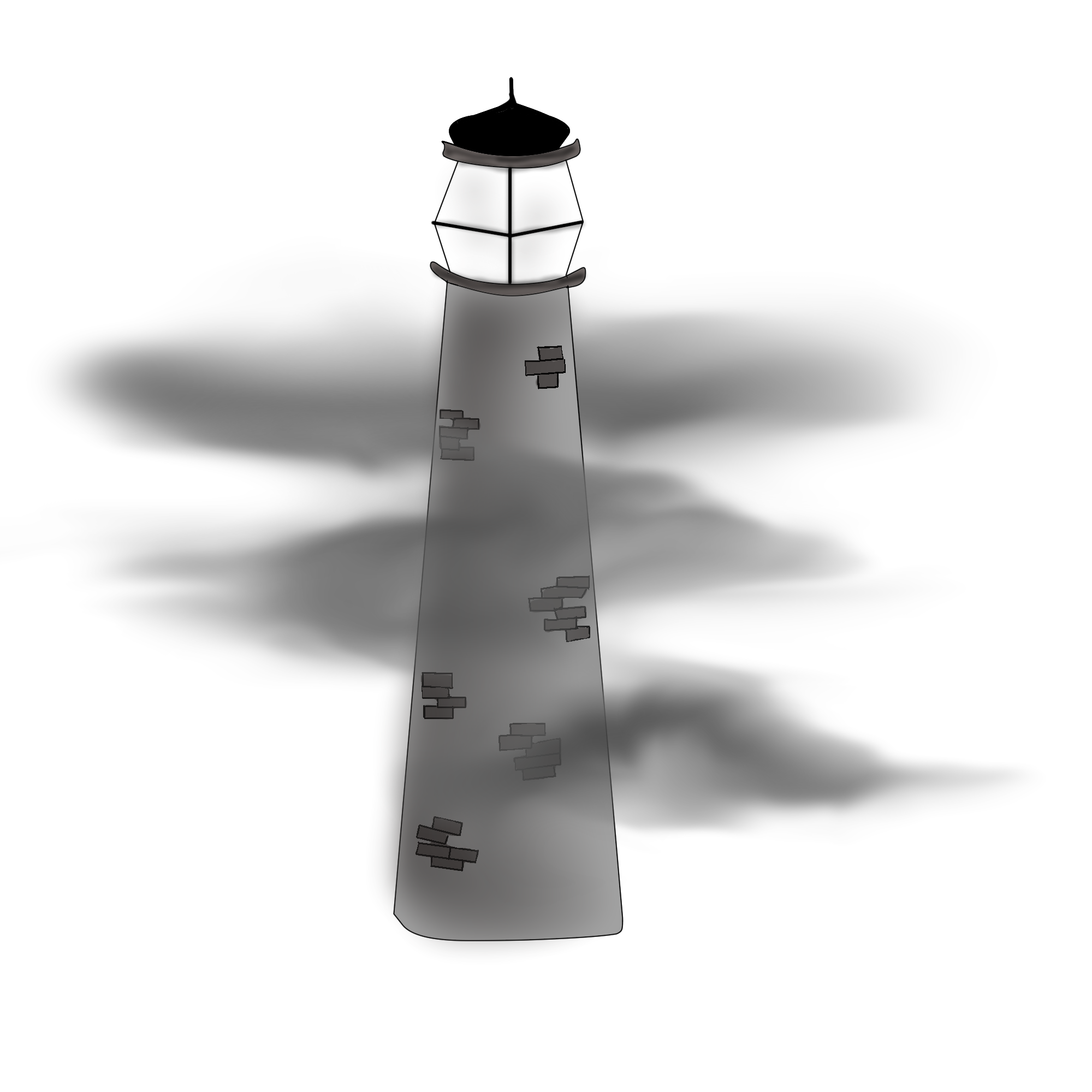 The Lighthouse is not a “strange” movie (David Sims, The Atlantic) nor is it “savage” and “beyond belief” (Anthony Lane, The New Yorker), and really, it’s not even that horrifying. The Lighthouse is, however, a kind of Romantic sea-tale set somewhere among the literary tradition of Austen, Coleridge, and Melville, while taking contemporary cues from the likes of The Evil Dead and the genre of horror. But from the outset, you are not placed into the traditional horror. This world is different, more visceral and more realistic.

Before continuing with Winslow and Wake, it would probably help to explain why this movie isn’t horror, even though the generic conventions are present. There’s a pervasive sound of a bullhorn from beginning to end, but rather than the normal anxiety-inducing sound effect, it’s just an annoyance. It’s not exactly striking fear into anybody’s hearts. There’s the fog, the desolation, and isolated setting where they are trapped by a storm of epic proportions that sets up Winslow for a psychotic, murderous rage, but none of those things make for a particularly psychotic or murderous rage. It’s the dull, mundane rage built up by a moralizing and importunate superior that drives Winslow crazy, and that is where the story is made.

Winslow, our representative of our fallen world, is driven insane by his bewhiskered superior with an injured leg and tendency to sound like Captain Ahab, and the comparison is driven home by Wake’s fanatic protection of the idyllic world, the light at the top of the eponymous lighthouse. It becomes so obvious, Winslow has no choice but to call out Wake by saying he’s tired of Wake’s Ahab shtick, labeling him a “goddamn parody.” Some reviews have called The Lighthouse a two-hander (two main characters), but Winslow is the hero of the story, as he is given the Promethean task of defeating Wake, ascending the lighthouse, reaching into the light, and returning to the fallen world alive. But those tasks are only one conflict of Winslow’s in the movie. The other conflict revolves around Winslow’s sanity, and his fight against the darker forces of humanity.

As the movie progresses, Winslow’s sanity is questioned more and more as he faces a descent into the dark parts of humanity. Ultimately, the conflict between Winslow and the dark supernatural forces of the movie are comparable to “The Rime of the Ancient Mariner,” but instead of an albatross shot down from the sky to change the winds of fortune, The Lighthouse uses a seagull that, for the first half of the movie, provides a comically stubborn antagonist. The scene where Winslow ends the bird’s life is not particularly gory or gross or terrifying, but the winds change, the storm blows in, and the two men are forced into conflict. Before the murder of the seagull, there is a chance for Winslow to escape the island. Winslow must descend into Hades and face the dark forces within his psyche to actualize his ascent to the top of the lighthouse, destroying the fervent and evangelical protector of the light on the way.

Beside all of that, The Lighthouse is a two-hour romp of a story, with righteous comedic timing, sublime performances from Pattinson and Dafoe, and aesthetically enjoyable photography with appropriate referentiality to painting and photography of the era. Go see it. It’s cool and fun and shows up every A24 movie about dumb things like family.