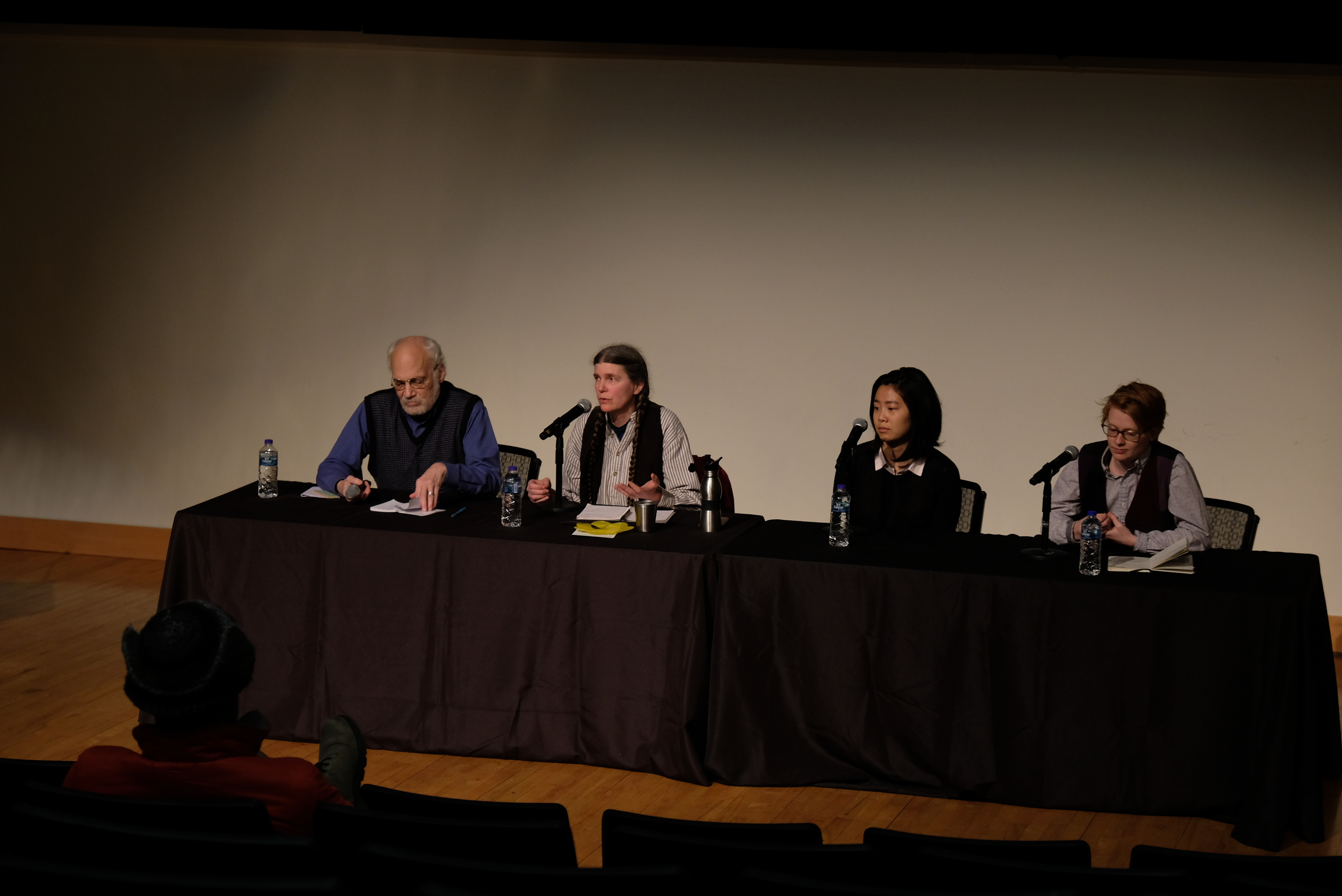 Giving the campus and Pittsburgh community a taste of what is to come, the Carnegie Mellon International Film Festival hosted a sneak preview event on Friday with a screening of Woman at War (Kona fer í stríð), directed by Benedikt Erlingsson.

One month before the festival is set to kick off, the event introduced the festival’s theme for 2019, “Faces of Wo/men.” Through this theme, the festival aims to start conversations about gender generally, and gender through stories about individuals’ relationship with society. The event was co-presented by Carnegie Mellon’s Sustainable Earth and the University of Pittsburgh Student Office of Sustainability.

An Icelandic, French, and Ukrainian co-production, Woman at War follows the story of Halla (Halldóra Geirharðsdóttir), a choir conductor in her forties who believes the foreign-sponsored aluminum smelting plants in the Icelandic highlands are ruining her country. She repeatedly disrupts their operations by cutting wires and shutting off the power. Her life is disrupted when her four-year-old request to adopt a child from Ukraine is suddenly accepted, and she must reconcile her duty to her heroic, but still criminal, crusade and her duty to become a mother to an orphaned child.

The post-screening panel discussed the relationship between Halla’s cause and today’s society, and began a conversation about conservation and sustainability. Moderated by Pittsburgh Post-Gazette film critic Barry Paris, the panel featured individuals from the Pittsburgh community devoted to environmental and sustainability causes. As the panel immediately followed the film, the first part of the discussion focused on Iceland and the country’s economic and environmental issues.

“The problem that’s happening in this film, the problem with the aluminum smelters is a prevalent problem in Iceland,” said panelist Young Sarah Grguras, president of the University of Pittburgh’s Student Office of Sustainability, who recently visited Iceland and some of the places featured in the film. “Something that we learned while we were there was that the reason that they continue making these aluminum smelters and the reason they have to make more is because Americans don’t know how to recycle.”

Maren Cooke, founder of the Pittsburgh Sustainability Salon compared to the conflict with the aluminum smelting plants in the film with Pittsburgh’s long history of industry. While many immediately think of the city’s original steel and coke plants, Cooke drew parallels to the newly-built Shell Ethane Cracker plant in Beaver County, and the Falcon Ethan Pipeline System, a planned 97-mile network running through Pennsylvania, West Virginia, and Ohio to feed Shell’s plant.

“I thought, [the film] is a true story, but it isn’t...and you kind of wish it were,” Cooke said. “Cause there’s stories where there’s an antihero, and she wasn’t an antihero really unless you were one of those government ministers. She was really a ‘hero hero,’ standing up for everybody.”

In response to an audience question about the panelists’ roles and experiences as environmental activists, the conversation shifted to how they each worked to spread their message and promote sustainability.

Abbey Mui of Carnegie Mellon’s Sustainable Earth explained how this year, Sustainable Earth pushed for an environmental element of booth, and the reactions from organizations were mixed. Some of the organizations who participate in booth have the resources to buy wood, paint, and other materials every year, throwing away the previous year’s materials that are perfect candidates for reuse.

“By changing these rules, we disrupt what the norm is, and we really make them think ‘Why are we doing this, why is this okay? Why can we just continue to throw things out when we can always reuse?’” Mui said. I think when you disrupt, it gets a lot of people to think about what they’re doing.”

All three panelists discussed different avenues of action individuals can take that are not as extreme or dangerous as Halla’s actions in Woman at War. Mui reiterated the importance of changing individual behaviors, and that the first option is to refuse, refusing to buy something unnecessary, followed by reusing, and then finally, recycling.

For Cooke, changing personal actions is an important step, from taking public transportation to riding a bike, but to truly combat climate change, the government needs to take action.

“A lot of this is systemic. We have to change policy,” she said. “We have to get market forces on the right side instead of on the wrong side…and these are all big issues that have to be attacked through government.”

Grguras added that while recycling and composting are important things that she emphasizes every day, individuals themselves need to come together to find solutions to these large, world-spanning issues.

“Join a movement, support people in a marginalized group that are most affected by these things, and don’t give up,” Grguras said.