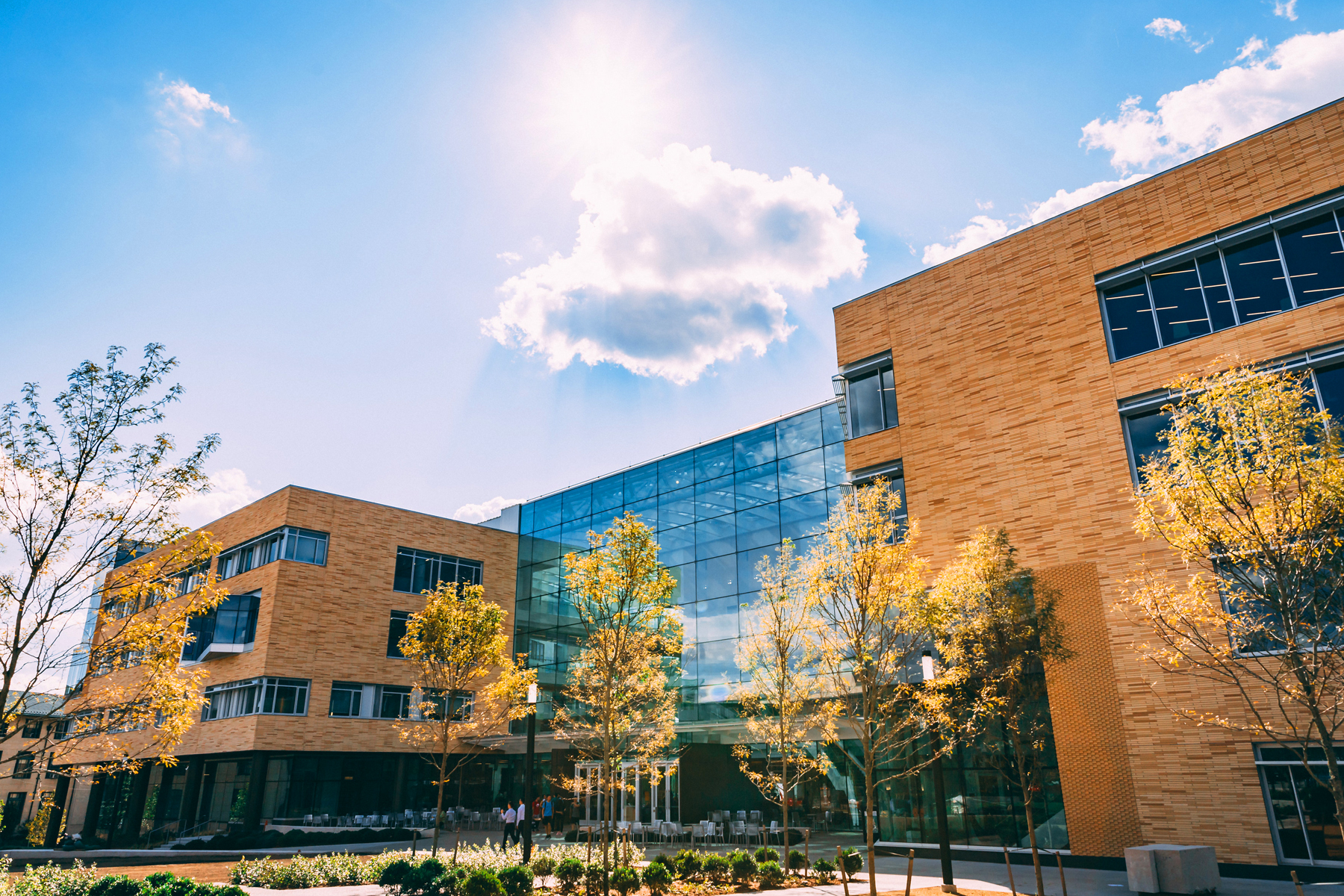 Construction of the new home of Carnegie Mellon’s Tepper School of Business was completed in fall 2018. The building was designed to be environmentally sustainable despite its massive footprint. (credit: Courtesy of Teppercmu via Wikimedia Commons)

Carnegie Mellon’s new Tepper Quadrangle has been awarded a LEED gold certification, earning a score of 73 points on the LEED scale for its focus on sustainable architecture and reducing its environmental impact. To earn a gold certification, a building must earn between 60 to 79 points.

According to Tepper School Dean Robert Dammon in a Carnegie Mellon press release, “From the start, the Tepper Quad was planned as a green building.” Several elements of the building’s construction — from the 120,000-gallon cistern for collecting rain water to the voided slab construction that made ample use of recycled plastics—were incorporated with the certification in mind. Additionally, while other buildings on Carnegie Mellon’s campus also have the LEED gold certification (e.g. Gates Hillman complex, Scott Hall, the Collaborative Innovation Center), none of them are as large or complex as the Tepper Quadrangle.

Pursuing a LEED certification is no small task, as the specifications are stringent. Not only must architects consider the amount of material they are using for a building and the processes of construction, they must also plan built-in features that can help offset the inevitable environmental impact. Because these features are difficult to integrate, they must be planned out beforehand, making the building planning process more cumbersome for designers. Furthermore, the current guidelines for LEED also consider ease of transportation to and from the building as a way of regulating vehicle carbon emissions, awarding more points to buildings that are pedestrian or bike friendly. The associated complexity of all these requirements can drag out construction times, making construction projects last longer than initially intended.

There are those, however, that believe the LEED certification process is not strict enough. In fact, some see LEED as a glorified badge awarded to firms who have the time and patience to pursue such certifications rather than a certification that’s given out for actual architectural merit. Some of the greenest buildings in the world have no certification, solely because they decided not to pursue any. Thus, while a LEED certification does designate a building as more environmentally friendly than its non-certified peers, it is important to keep in mind that money and bureaucracy play a role in which buildings are certified and which are not.

Ultimately, Tepper’s LEED certification should be considered a net positive, as it shows that the university cares about its impact on the environment. Hopefully, future expansions of the campus will follow this trend of green architecture, allowing Carnegie Mellon to expand in an eco-friendly and unobtrusive manner.