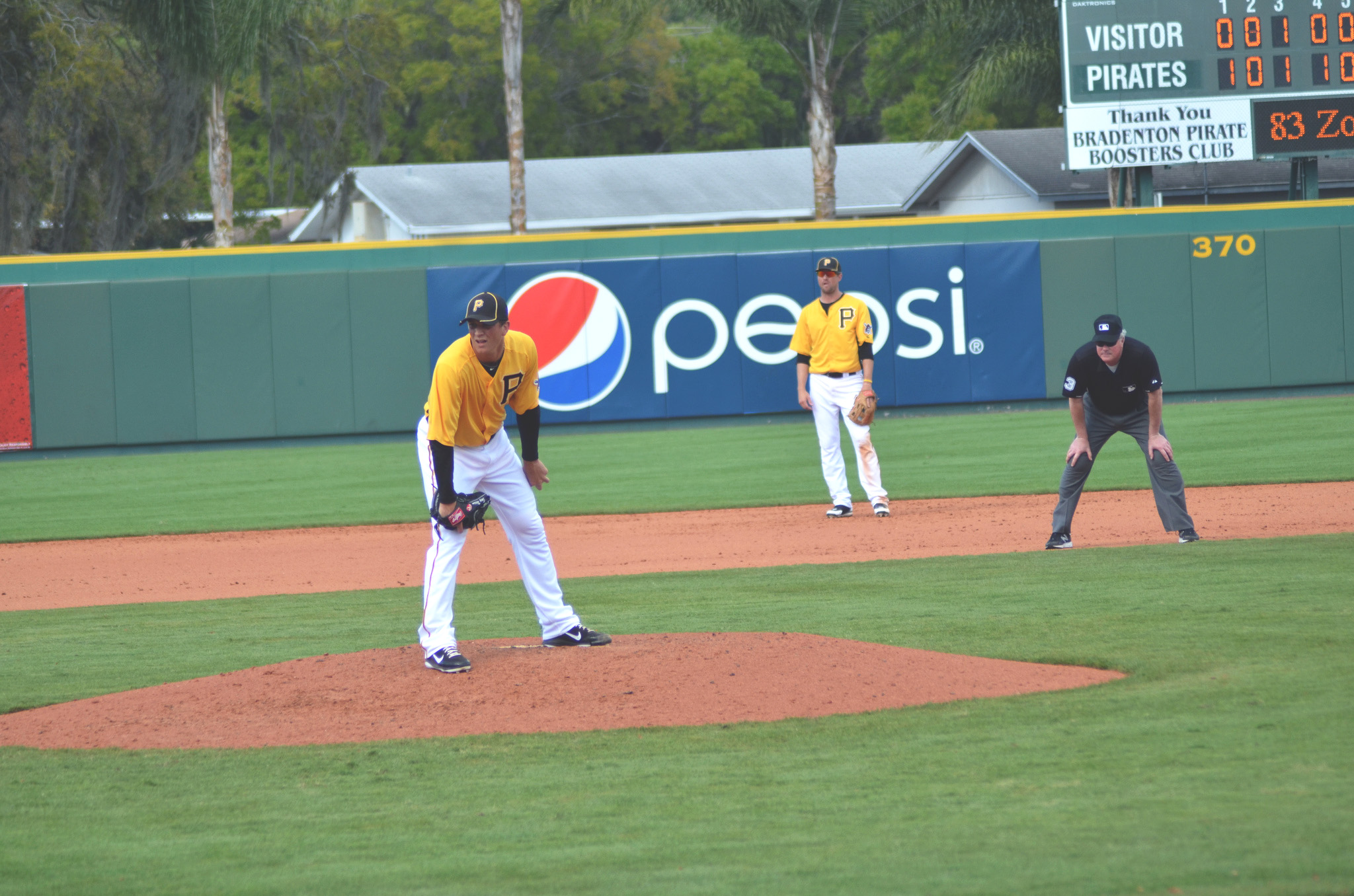 It’s officially baseball season, and Bryce Harper still hasn’t signed a contract. In more exciting news, the Pirates have won their first Spring training game against the Philadelphia Phillies by a score of 3-2. One game isn’t enough to extrapolate for anything, but it’s always good luck to win the first outing of the season.

Before the first game, manager Clint Hurdle made the decision to set out the first four starters of the rotation. The Opening Day start goes to Jameson Taillon, and the rest of the rotation goes to Trevor Williams, Joe Musgrove, and Chris Archer in that order. The fifth spot is up for grabs during the next month.

But the first start of spring training went to utility pitcher Steven Brault. In two innings, Brault threw two full innings without giving up a run. After Jean Segura and Andrew McCutchen reached base for the Phillies in the first inning, Brault got the next five batters out including Phillies slugger Rhys Hoskins.

After the first two innings, the Pirates pitchers gave up seven hits and two earned runs, and they combined for six strikeouts. The two runs came in the last two innings to Geoff Hartlieb, who ended up with the win thanks to a top of the ninth inning home run from Center fielder Jason Martin.

For the first few innings, the Pirates struggled to get a hit. Shortstop Kevin Newman got the first hit of the game, a double, in the fourth inning; Newman moved to third on an infield ground ball, and he scored on a wild pitch by Jose Alvarez. There were only a total of three hits in the game, and the other hit, not from Newman and Alvarez, went to right fielder Bryan Reynolds.

As for the fielding play by the Pirates, right fielder Patrick Kivlehan and third baseman Colin Moran both had throwing errors in the first inning. After that, the fielding was clean for the Pirates with the Phillies notching zero hits with runners in scoring position. The Phillies left seven runners on base.

The result doesn’t say much for the outcome of either team’s season, but it’s a good sign that the Pirates were able to stick with a Phillies team that featured a lot of their season hopefuls. Jean Segura, Rhys Hoskins, J.T. Realmuto, and of course, ex-Pirate Andrew McCutchen are all on track to be some of the quality players on the Phillies roster.

Even on the mound, the team threw quality arms at the Pirates. Enyel De Los Santos, Seranthony Dominguez, Jose Alvarez, and Adam Morgan combined for seven strikeouts. Four came from De Los Santos, and there was only one hit allowed by Alvarez. So it’s a good sign that the Pirates were able to hang in with the Phillies in their first spring training game.

In other news, this game was the first game for the Pirates with a 20-second pitch clock. The Post-Gazette reported that Clint Hurdle has been working with his pitchers to complete their windup within 15 seconds. It’s the first season that the clock has been introduced at the Major League level, and like most rule changes, players are split. However, it seems like the young Pirates rotation is willingly adapting to the change.

Coming up for the Pirates is a full week of games from Sunday to Sunday, with a doubleheader on Friday against the Phillies and Blue Jays. Their first televised game is Wednesday, March 6 on ESPN against the Red Sox. Then, a few games between March 7 and 23 are televised on AT&T SportsNet.