Clive Newstead, a CMU job applicant with a fanbase 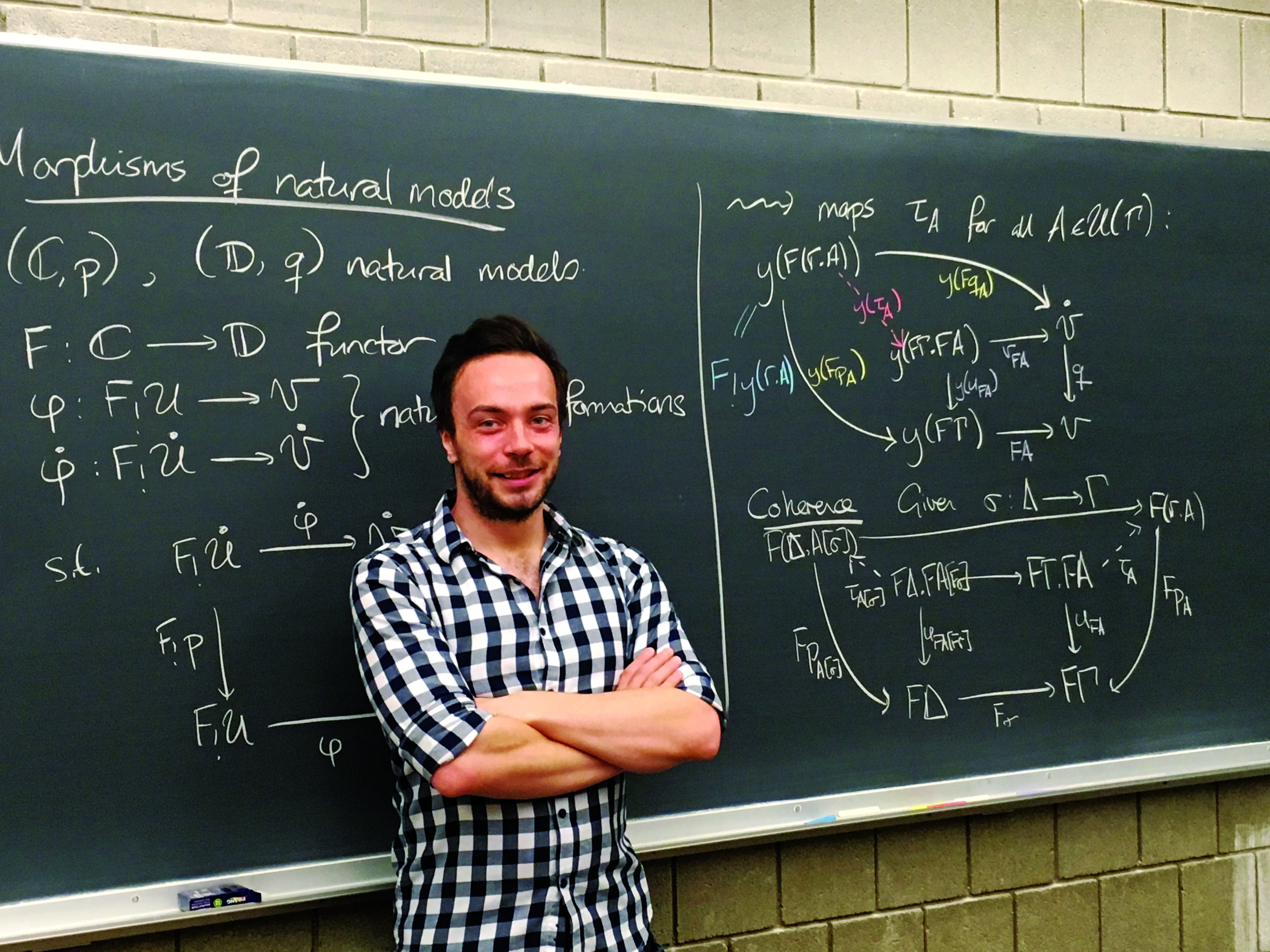 Clive Newstead visited campus last week as part of an application process, and on the visit, recieved fanfare thanks to his reputation. (credit: Courtesy of Clive Newstead)

This week, former Carnegie Mellon University lecturer Clive Newstead returned to campus as part of the hiring process for a new job in the math department. Unlike most other visiting applicants, he also spent time signing students’ textbooks — specifically, one he wrote while he was a student at Carnegie Mellon.

During his visit, Newstead says that “one person printed out the front cover of the book and asked me to sign it.” When he visited in 2019, “one person brought me a copy of Rudin, the analysis textbook, and asked me to sign [it].” Newstead has been highly respected among math undergraduates for the past few years, much more respected than most would expect a math Ph.D. to be — pretty surprising, even to him.

Newstead returned to Carnegie Mellon with many fans in the math department, including a number who were not even enrolled at Carnegie Mellon by the time Newstead left. His esteemed reputation stems from his work as a TA for Mathematical Concepts and Proofs, and his textbook, An Infinite Descent into Pure Mathematics, which he wrote during his time as a TA and a Ph.D student.

His book is now the main text for 21-127: Concepts of Mathematics and 21-128: Mathematical Concepts and Proofs. Students enjoy Newstead’s easy-to-read writing and are inspired by his story of writing the textbook while teaching at Carnegie Mellon is well-known.

His former colleagues in the math department share the same respect for Newstead as their students. Teaching professor John Mackey, who teaches Mathematical Concepts and Proofs for first-year students every fall, wrote of Newstead, “He is certainly the best graduate student with whom I’ve taught during more than thirty years in academia, and he compares favorably to many university-level teaching award winners with whom I have had the good fortune to interact.”

This high praise for Newstead has helped him gain a small fandom. Current Concepts of Mathematics TA Jung Hwan Min said that his own teaching assistants, when he took the class, called Newstead “the legend Clive.”

Newstead has been surprised by much of the reaction to his work. Regarding his time at Carnegie Mellon, Newstead said, “I didn’t play that much of a role [at Carnegie Mellon], to be quite honest.”

After growing up in Yorkshire, England and earning a BA from the University of Cambridge, Newstead came to Pittsburgh as a Carnegie Mellon Ph.D student in 2013. He served as a TA and instructor for a few courses, and he taught another version of Mathematical Concepts and Proofs, Concepts of Mathematics, during the summer of 2015.

He tried looking for a good textbook for the class, but he couldn’t find one that covered enough content without problems. So, he said, “instead of writing a textbook, I took it upon myself to write some lecture notes.” After that class finished, he served as Mackey’s teaching assistant for Mathematical Concepts and Proofs in 2015 and 2016, where he continued writing the lecture notes for Mackey’s class.

Newstead did notice that students especially liked his teaching. He said, “I was in a very good place to respond to people’s questions.”
Newstead continued to work on his notes after he stopped teaching for Mackey. “After [teaching] for John Mackey a couple of times, the notes grew and grew,” Newstead said. “It just occurred to me this is basically a textbook.” So, Newstead decided to turn it into one.

While Newstead began a postdoctoral lecturing position at Northwestern University in 2018, students at Carnegie Mellon learned from Newstead’s free textbook and heard stories about him from Mackey and the other teaching assistants. Coupled with the fact that he was away, the legend of Newstead began to grow among math majors. Jung Hwan Min said, “Not many people have personally talked with him.” As a result, “he is often seen [as] more of a distant, admirable figure.”

His legendary status has made returning to campus a bizarre experience to Newstead. “It’s strange to me that [the textbook has]... developed a following of sorts.” He also says it made him nervous when he had to teach a Concepts of Mathematics lecture as part of his application. “Before I was just [a] random, anonymous TA,” Newstead said, but “because I wrote the book, there’s all this expectation.”

Now, Newstead hopes to find a position for after the end of his postdoctoral work. If he returns to Carnegie Mellon, he may get to teach the students who admire his book so much.