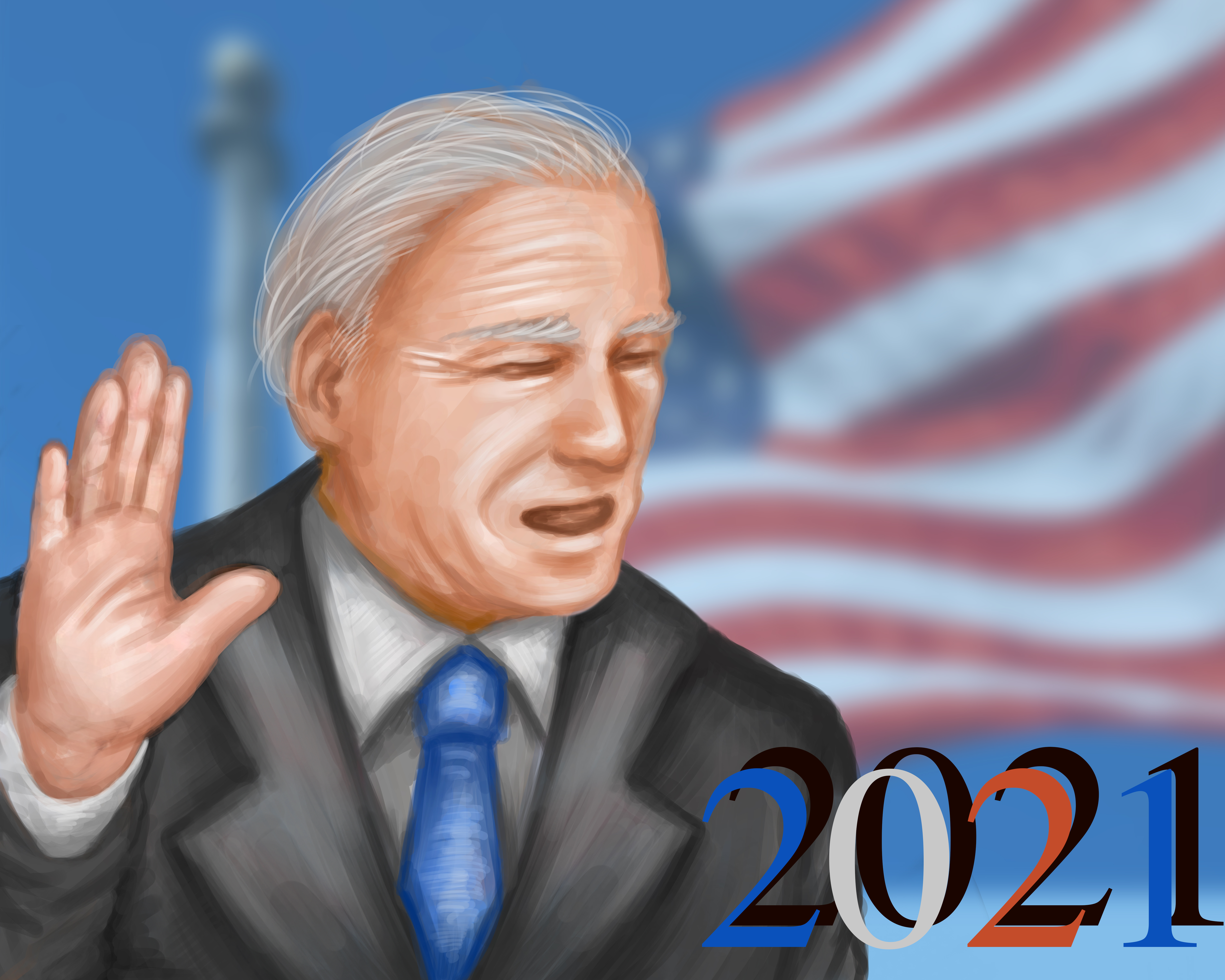 A new year, a new administration, but many of the same problems. (credit: Stacey Cho/Art Editor )
Editorials featured in the Forum section are solely the opinions of their individual authors.

As a grueling year filled with the COVID-19 pandemic, lockdowns, political chaos, and economic uncertainty came to a close, millions cheered from their homes as the Times Square ball dropped on New Year’s Eve. Unsurprisingly, none of the aforementioned tragedies suddenly disappeared. While some had high hopes for the beginning of 2021, political differences proved too divisive and hyperpartisan for the healing of a distraught nation. Will President Joe Biden’s inaugural promise to unify the nation prove too difficult to achieve? Did Trump supporters’ riots on Capitol Hill make unity impossible? Is there an end in sight?

Until last week, the answer was a surefire no. Trump’s loss also yielded major setbacks for the GOP, who lost not only the presidency but both houses in the legislature as well. Once election results were released in mid-November, both sides feared backlash nationwide. The Trump administration then filed and lost over 50 post-election lawsuits in an attempt to reverse electoral college votes in key battleground states such as Georgia, Pennsylvania, and Arizona. Weeks later, radicalized Trump supporters stormed the capital, claiming the election was rigged in support of President Biden. Speaker of the House Nancy Pelosi then released an article of impeachment to the Senate charging Trump with the incitement of an insurrection. Now, even with President Biden sworn into office, the impeachment process will still continue. In the same week that Twitter, Facebook, and other prominent social media companies banned Trump from using their platforms, Trump flew to Mar-a-Lago on the morning of Biden’s inauguration. Here, he broke an over 140-year-old tradition for former presidents to attend their successor’s ceremony. All this… and only in January.

Political turmoil only added to the existing economic recession caused by the COVID pandemic and its corresponding lockdowns. As small businesses struggled to attract customers in the phases of limited capacity, teenagers and professionals turned their attention towards other avenues to reel in economic investment: the stock market.

With only one month of 2021 in the books, it is already evident that 2021 will still be divisive and uncertain for Americans nationwide. With the pandemic still in full swing and the early stages of vaccine rollout showing promise, the Biden administration will be tasked with disarming the threats which plagued 2020. My prediction is that the conflicts will remain the same; COVID-19 will still exist, politics will still polarize, and the people will still look to find common foes. Instead of far-left Democrats and Trump-supporting Republicans fighting for electoral power, however, the people could center around a new enemy: the billionaires who own and control stock of global corporations. While the division of people will remain, the enemy could inherently change.