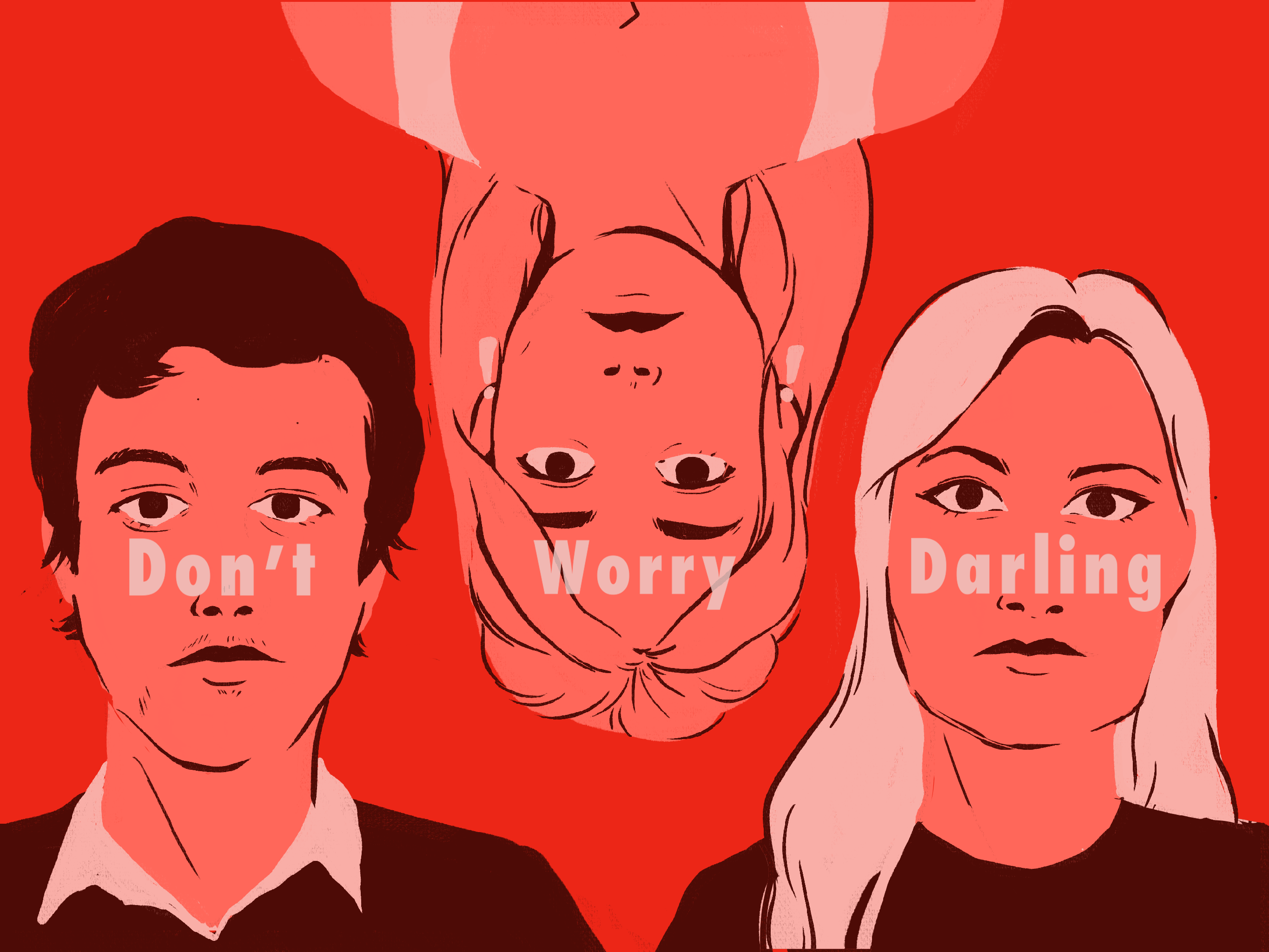 “Don’t Worry Darling” is a psychological thriller that has been in the works since October 2020 and was released on Sept. 23. Director Olivia Wilde, along with the “Watermelon Sugar” singer Harry Styles and actress Florence Pugh, have been at the center of dramatic rumors regarding Styles and Wilde’s lack of professionalism on set for the past few months. Rumors first sparked when fans noticed Pugh’s lack of advertising of the film on social media, as she is known to promote all her works.

In late 2020, Wilde and Styles’ relationship rumors sparked when they were seen flirting with each other on set. They also started a wildfire on "stan" Twitter when the two were seen holding hands at the wedding of Styles’ agent, Jeff Azoff, in January 2021. Though the two never went on social media to confirm their relationship, they haven’t been very secretive about being together either. Their relationship also instigated rumors that Styles triggered Wilde’s split with Jason Sudeikis, Wilde’s years-long (ex) fiancé, but Sudeikis and Wilde seemed to be at a good place, as the two were pictured sharing a long hug one month after they broke off their engagement. Drama ensued as Pugh was reportedly fed up with the couple constantly disappearing on set.

But here’s the thing: We. Don’t. Care. Wilde went on Twitter before the release of the film to address all the rumors, and all of the co-stars can confirm that there’s no bad blood there. Even Harry-Spits-on-Chris-Pine-Gate is false, confirmed by Styles himself.

I mean, Jacob Elordi dated both of his co-stars on two different shows and the world didn’t seem to care. Our Twitter feeds were filled with how cute Eldordi and Joey King were together or how adorable he and Zendaya were. Even Ben Affleck dated three of his celebrity co-stars — Jennifer Garner, Gwyneth Paltrow, and Jennifer Lopez — and nobody seemed to care. People just focused their excitement on how #Bennifer is back.

Most of these rumors came from anonymous sources, so we don’t even know the validity of them. I mean, there were a few months that people thought Holivia split it up, but in reality, they were just keeping things on the down-low.

Why does everyone seem to hop on the hate train when it comes to women dating their co-stars? And why is Wilde the only one on the receiving end of the hate? TikTok, Twitter, and Instagram only seem to praise Styles more and more each day. The rumors that he split up Sudeikis and Wilde didn’t seem to have as much effect on his career as it did Wilde’s. Wilde was accused of putting a man before the interests of her children (as Sudeikis and Wilde have three children together) and was accused of being an unprofessional director for allegedly showing up to set late with Styles all the time. Key word: allegedly.

Even though Wilde addressed claims of the so-called “feud” between her and Pugh in Vanity Fair’s October 2022 issue as “baseless,” social media didn’t care and still pushed the narrative of Wilde being the bad guy. Whatever happened to women supporting women? Are we going to keep pitting women in Hollywood against each other?

Wilde even took the heat for the whole Harry-spitting-on-Chris-Pine-drama which didn’t even happen. Two days before her movie was set to premiere, she was being asked about that drama on a talk show. I mean what director wants to be addressing drama before their two-year-in-the-making movie that millions of fans were anticipating is set to premiere?

So, no, stan Twitter, TikTok, Instagram, and literally every platform that is trashing Wilde’s career. We don’t care about the drama that only perpetuates sexist stereotypes. It’s time we stop giving second chances in Hollywood exclusively to men.