Why you should care about the US at the World Cup 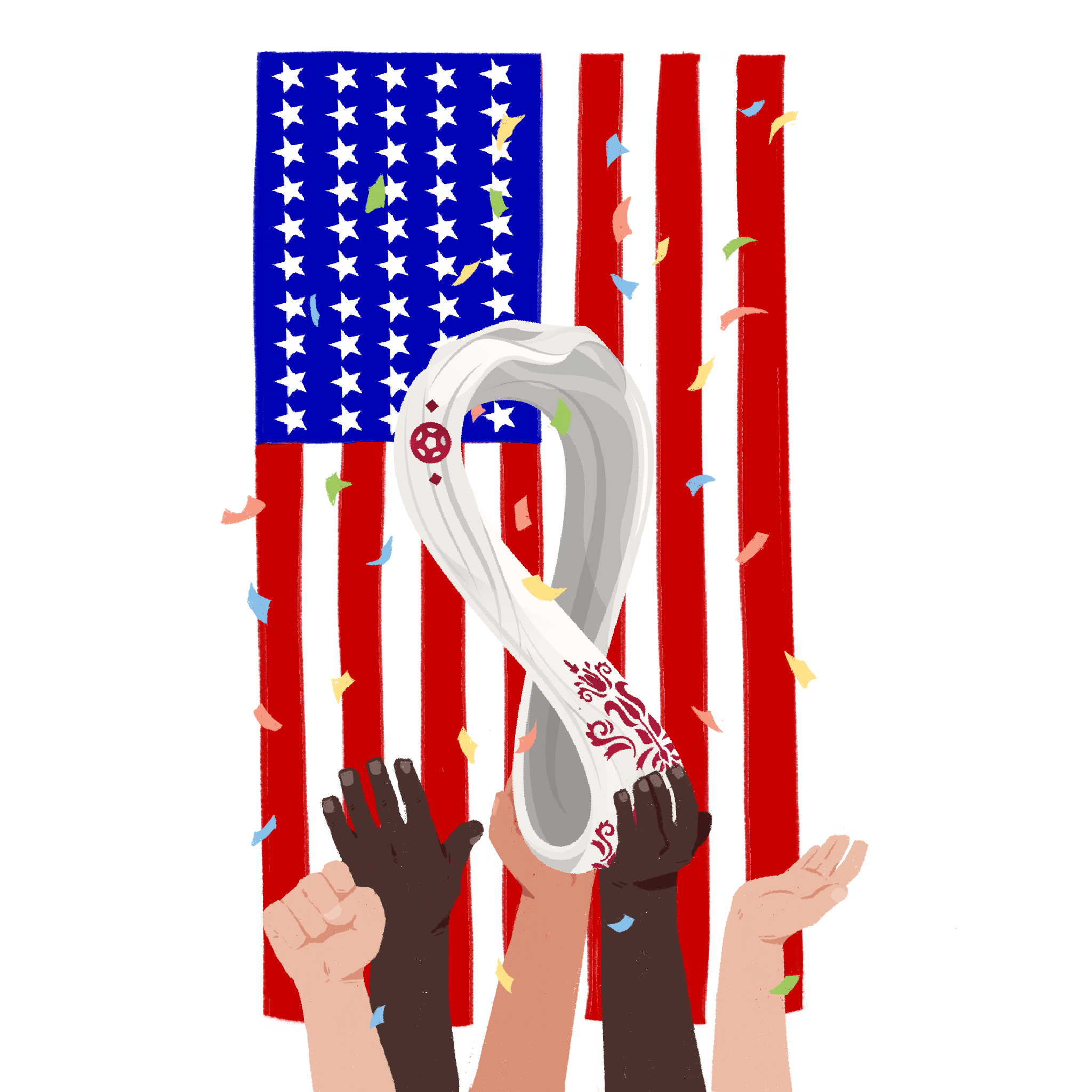 World Cup is interesting, to say the least. It’s a time when a country full of (American) football, basketball, and baseball fans come together to care about soccer for a month. For most people, this is about all the soccer they can handle. It seems that for most Americans, soccer is a zero sum game — there is only so much attention to be thrown around. I find this extremely disappointing, especially when this phenomenon rears its ugly head in the form of men’s vs. women’s soccer, and more specifically, who deserves attention and who doesn’t.

For the last eight years, the U.S. has been graced with a fantastic women’s team, one that has dominated the game to such an extent that we’re almost desensitized to victory. Stars like Megan Rapinoe and Alex Morgan are household names now, representing tremendous progress following a long span of perceived dormancy in women’s soccer. This team has held the spotlight in a way that the men’s team has not, and for that reason many people don’t feel compelled to follow the men’s game. This, I feel, is a failure of the modern rhetoric surrounding soccer in America.

In the last eight or so years, the discussion of American soccer has largely centered around the men vs. women, particularly in terms of pay inequality. The dream-like success of the women compared to the lackluster 2014-2018 campaign for the men only highlighted this disparity, to the point that relative quality has become a talking point in the larger discussion. Many will say that the women perform better than the men, others will say that the men face greater competition, etc. This is a fundamentally unproductive conversation.

I understand why many women (and some men) are so dismissive of the U.S. Men’s National Team (USMNT). Circling back to the central issue, soccer in America is currently a zero sum game. There is also the simple reality that for women to be paid more, they have to be watched more. Given these facts, it makes total sense why it would be advantageous to disparage the men and further praise the women. What I think this approach misses, however, is that such rhetoric confines the conversation. The country’s dialogue becomes entwined, trapped in the tit-for-tat debate of who’s better and who’s worse. As a result, there is no room for growth as a unified country, because as soon as the men begin outperforming the women, the pendulum will swing, and years of progress will be for nothing. This is not the outcome anyone wants.

For example, take an often cited example in women’s soccer, when in 2017 the U.S. Women’s National Team (USWNT) lost to FC Dallas U-15 boys 2-5 in a scrimmage. Many (mostly men) have referenced this match to “prove” that the men are better than the women, and that therefore, the women are not worth watching. This is exactly the rhetoric that needs to stop. Comparing the two teams is obviously apples to oranges, so the only meaningful discussion is how we can promote both teams simultaneously, without disparaging one to praise another. I do not care that the women are more successful than the men, or that the men will likely never reach the women’s level of success. I also do not care that the men would beat the women head to head. Neither is relevant. We need to move past these archaic talking points.

The World Cup began on the 20th. On the 21st, the USMNT played their first game of the tournament against Wales. Just days later, they face off against England in one of the group stage’s most anticipated matchups. On the 21st, 25th, and all subsequent games, I hope to see the country rallied behind our boys. We have one of the youngest rosters going to Qatar, and our team arguably has the greatest potential it’s ever had to make a deep run in the tournament. Furthermore, the World Cup comes to the U.S. in 2026, at which point this same group will be in their prime. Long story short, there’s a lot to look forward to for the USMNT.

I imagine there will be some who are not convinced. Maybe it’s just too difficult to muster support for the USMNT. To that point, it’s a largely unknown team to the average American, and their recent successes have received little to no coverage, so I say, fair enough. But there are other reasons to watch the World Cup. There are easily over a dozen teams with star-studded rosters, two of which boast the two biggest names in soccer today: Messi and Ronaldo. Both players look to cap off their already untouchable careers with one last World Cup run, one that could see either of them cemented as the undisputed greatest of all time.

I think here I really want to advocate for breadth of knowledge with respect to soccer. In the women’s game, for example, Alexia Putellas has won two back-to-back Ballon D’ors, establishing herself as the current greatest women’s player around. That said, virtually nobody in America knows who she is. Soccer is such an expansive sport, to the point that around the world there are countless other Megan Rapinoes and Alex Morgans. If it’s too hard to support the U.S. men and women simultaneously, then fine. But if you aren’t already planning to, then I urge you to tune in to this World Cup, watch some games and get a taste for the world’s game.

When this article is published, the tournament will already be underway. I will soon be home, donning my U.S. jersey, ready to watch what I hope will be a historic World Cup run. Yes, it’s highly unlikely we will win. But there is a lot of glory to be found short of winning it all. Plus, we Americans love our underdog stories, and this tournament is no different. We are young. We are hungry. We believe. And just as the women did, twice, in the last eight years, I hope to see our boys parading around the country, carrying the cup. If that’s not enough for you, I don’t know what is.