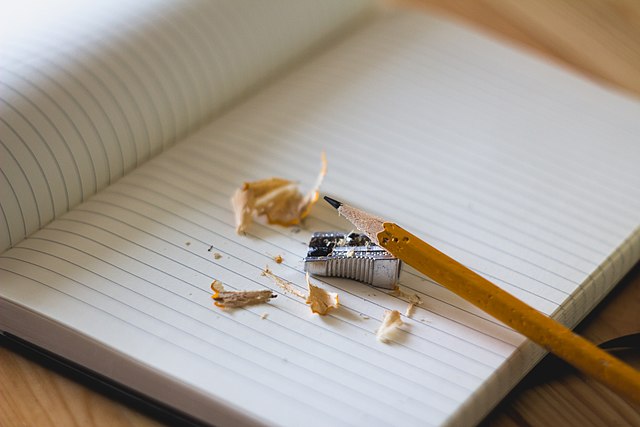 Credit: Courtesy of Angelina Litvin via Wikimedia Commons
Editorials featured in the Forum section are solely the opinions of their individual authors.

Over winter break, I got back into reading after a long slump. One of the many books I picked up was “The House in the Cerulean Sea” by T. J. Klune. Though the book is just short of 400 pages, I finished the novel in less than 24 hours — needless to say, I quite enjoyed the book and it easily earned five stars from me on Goodreads. However, as I scrolled through other reviews, I stumbled upon an intriguing one-star review.

“The House in the Cerulean Sea” is a fantasy novel set in a world where people can be born with unique magical traits, and when those children are unwanted or abandoned, they are sent to orphanages or schools where they are monitored. The story follows Linus Baker, a Case Worker for the Department in Charge of Magical Youth (DICOMY), who is assigned to a classified orphanage that is home to six children with unusual and dangerous backgrounds. He travels there to find the children are more than their files say they are, and (spoiler alert) ends up quitting his job at DICOMY to help run the orphanage after he falls in love with the man in charge.

The reviewer notes the similarities of Klune’s schools and orphanages to those that were set up in Canada for indigenous children who were taken from their families and placed into government-sanctioned facilities. While I wasn’t necessarily aware of specifics regarding these residential schools in Canada, I have seen some recent headlines regarding them. Upon reading this review, the connections were pretty clear. But, does the inspiration Klune took from the tragedy make “The House in the Cerulean Sea” a bad book?

If Klune merely took inspiration from the “cultural genocide” of Canadian indigenous peoples and based his novel on those ideas, I would be inclined to say no, many books draw from the unfortunate circumstances of those throughout history. While it is a tragedy what happened to all those who were victims of residential schools, the story removed from historical context is solid.

However, I would draw the line based on some of Klune’s remarks surrounding his inspiration for the novel: “I didn’t want to co-opt, you know, a history that wasn’t mine. I’m a cis white dude, so I can’t ever really go through something like what those children had to go through. So I sat down and I was like, I’m just going to write this as a fantasy.” This is the wrong approach to taking inspiration from a historical tragedy; cultural genocide isn’t just something you can decide to write as a fantasy.

But still, I can’t find it in me to think of “The House in the Cerulean Sea” as a bad book; rather, I more so just lost interest in Klune as an author. His perspective wasn’t that he just took inspiration from the event, but rather tried to write from a fantasy perspective. I think I can be almost positive that no caseworker visited a Canadian residential school and found themself thinking that the children were thriving as Baker did in the story. Klune’s intentions did nothing short of sugarcoating and romanticizing a tragedy.

On the same note, there is a good way to take tragedy and turn it into a solid novel without trying to romanticize it. For instance, Roald Dahl did an excellent job with characters who started in tragic circumstances without sugarcoating their circumstances — Charlie began impoverished in “Charlie and the Chocolate Factory,” Matilda was abused and bullied in “Matilda,” and Sophia has been orphaned in “The BFG.” All these books use personal tragedies to create interesting and engaging stories without trying to sugarcoat the problems that many have gone through.

While a lot of fantasy novels are based on historical events, Klune’s intentions are troubling at best, and he is not the only author who has attempted to rewrite a tragedy into a fantasy that ends with everyone smiling. Let’s face it: there were almost certainly no smiles on the faces of all the children who were taken from their parents. Solid stories should have solid intentions, and “The House in the Cerulean Sea” is a great example of an author profiting off the trauma and violence faced by marginalized groups which they never experienced.