The killing of Jack Chick 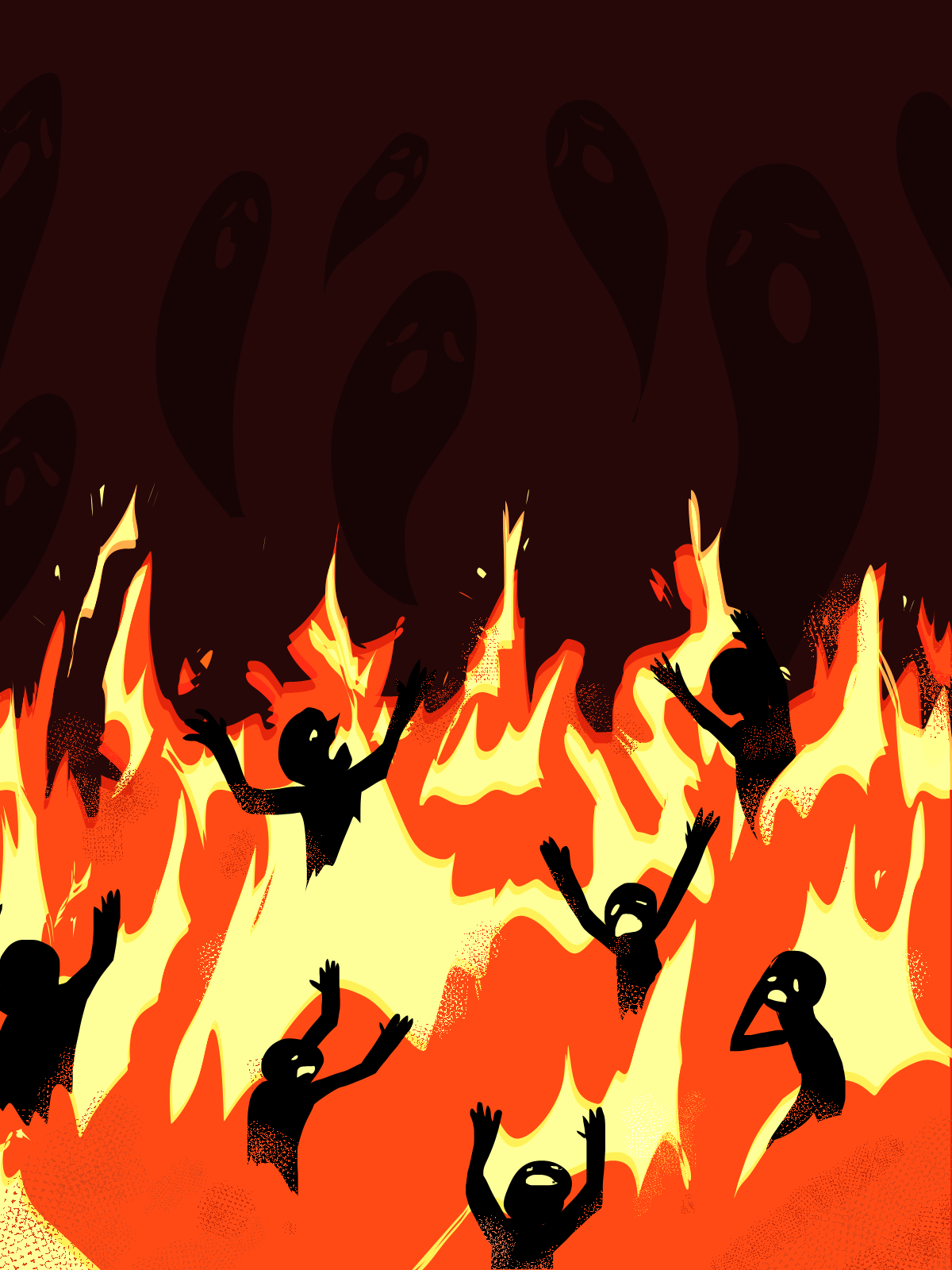 On Oct. 23, 2016, the inimitable Jack Chick died. The unassuming underground cartoonist was 92 years old. In his passing, he left the legacy of the “Chick Tract,” the most controversial and the most-published comic books of all time. These tracts (short religious pamphlets) have slowly begun to fade into obscurity, with the modern Zoomers’ knowledge of them most likely being the “They hated Jesus because He told them the truth” meme. A look at Google trends shows that searches for both Jack Chick and Chick Tracts have steadily diminished since 2004, when Google started collecting its data, with a brief spike on the day of Chick’s death. What were these Chick Tracts? Who was Jack Chick? And who killed Jack Chick?

What is a Chick Tract? A Chick Tract is a propaganda vehicle dedicated solely towards aligning your views with those of Jack Chick and accepting Jesus into your heart. A Chick Tract is homophobic, anti-Catholic, anti-Muslim, antisemetic, and much more. A Chick Tract has very few formats. The primary one consists of a small pamphlet style book with a very simple morality tale, as well as Bible quotes sourcing practically every statement any moral character makes. In these tales, there will be an immoral character (whose immorality can range from being a literal murderer to a generic teenager) and some moral do-gooder. This could be a good Samaritan or, in the case of “This Was Your Life,” one of Chick’s most notorious works, a literal angel. The wrongdoer learns of their evil with well placed Bible quotes, accepts Jesus into their heart, and avoids the eternal fire and brimstone. Sometimes you can have someone else, a non-repenting sinner. They are the bad guy (who Chick considers “broken”), and go to hell forever.

Who was Jack Chick? Well, that’s complicated. Biographically, he’s a pretty accomplished recluse. Born in 1924, it seems that throughout his younger years he was much different than what he is notorious for today. Chick claimed that he was not religious throughout high school, though he did do the drama club, and went to college for drama, so his artistic proclivities seem to have already been there. Chick then joined the army, where he served in the Pacific Theater for three years during World War II, which inspired him to later have his tracts translated into many languages (145 languages and dialects so far, according to Chick Publications). He was a late convert to Christianity, having been non-religious until he met his wife. He began his comic career in the early 1950s and began self-publishing his evangelical work in 1960 with “Why No Revival?,” an influential work missing much of Chick’s later styles. This tract, meant specifically for Christians, has legitimate insights that you cannot find in many other works of Chick on Christian hypocrisy. From there, his little tracts grew in popularity, and he started releasing some full color comics in addition to his tracts through his company, Chick Publications. He continued to work through heavy controversy, with his infamous preaching style and copious biblical footnotes, before his death in 2016.

On the other hand, Chick is a hater. He may have been an all around unassuming guy, and he may have truly just wanted for everyone to enter the Kingdom of Heaven, but he sure did HATE. A core component of his strategy was this hate, both from him and for him. “I routinely ask my secretary if we are getting any hate mail. If she says no, I get upset because I think I’m doing something wrong,” Chick said. In his paranoid confrontational world, Chick needed constant combat, claiming to be taking the abuse and dishing it out as part of his heavenly crusade to convert everyone. Chick was the pure post-war American, a Protestant fighting everyone he hated, all at once. He was a God-fearing Protestant able to combine all of what he hated into simple groups. According to Chick, the Catholic Church has a computer with every Protestant’s name on it, and the Pope invented Communism and also Islam and also the Mafia and homosexuality. Luckily for Chick, many others thought the same way he did.

On the other other hand though, Chick is a lover. As Daniel Raeburn insightfully pointed out in The Imp #2, “Chick tracts are the Tijuana Bibles of Christianity, plain and simple.” Chick builds tales in which men and women alike are saved by good Samaritans teaching “broken” souls about God. Whether accepting or rejecting the teachings of whatever do-gooder is involved in the particular story, our sinful or soon-to-be-sinful protagonist comes to learn the fate that awaits them, and cries for Jesus. This here is the climax, where YOU the READER are meant to understand the fate that awaits you. Jack Chick’s philosophy was broken down to its bare, contradictory, essentials. Anyone, anywhere, at any time, has a 100% guarantee to get into heaven forever, no matter how bad their sins. Whether it be Charlie the literal child, or Terrible Tom the murdering rapist with a bounty on his head, if Jesus (and specifically Jesus) has been accepted into your heart, you’re in. The natural conclusion here is, of course, that there is absolutely no reason to do good deeds, a conclusion that Chick himself perhaps accepts as valid in the tracts.

So then, what killed Jack Chick? Of course, Chick’s corporeal form succumbed to old age at 92, but what of the ideas, ethos, morals, etc. of Jack Chick? Why did we care less and less about his inflammatory tracts every year? Where did it all go? The answer, of course, is that we killed it. Rational citizens have bigger demons to fight, God has been giving more important battles to His strongest soldiers. Men are now born who have never experienced the environments railed against in Chick’s creeds. We’ve simply stopped caring. Long gone are the days of Tijuana-style evangelical comics available on every street corner, angry hate mail towards a hateful man, or early websites mocking the tracts. We now have more efficient ways to hate each other, and simpler ways to commiserate with like minded folks about whatever fresh hell awaits our haters. But gone as well is the artistry. Hate comics functionally died in 1996, when God gave Jack Chick a stroke for submitting “Where’s Rabbi Waxman?,” severely diminishing both his artistic qualities and his already lacking rhetorical ability. We have passed the event horizon, and antisemetic Ben Garrison edits just don’t feel the same.

Acknowledgments:
I have not even scratched the surface of the depths of Jack Chick and Chick Tracts. Interested readers will want to look into: “Lisa,” the Canadian Ban, Jack Chick the internet atheist, official AAVE translations, Fred Carter as artist J, and the lost feature length Chick Tract film, as well as Daniel Raeburn’s The Imp #2, which served as the inspiration and much of the information behind this article.
Also, Jack Chick was obviously morally reprehensible and most likely a bad person.