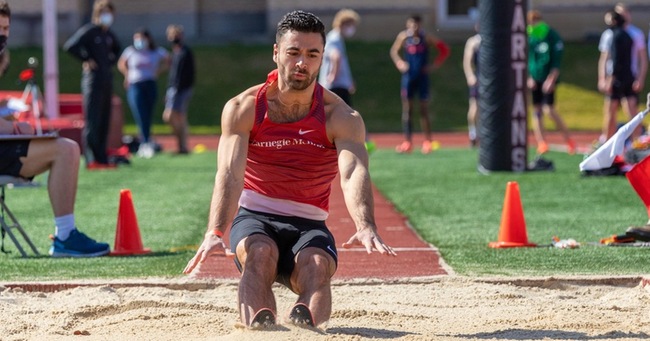 CMU Track and Field competed in their first outdoor meet of the season. (credit: Courtesy of CMU Athletics) 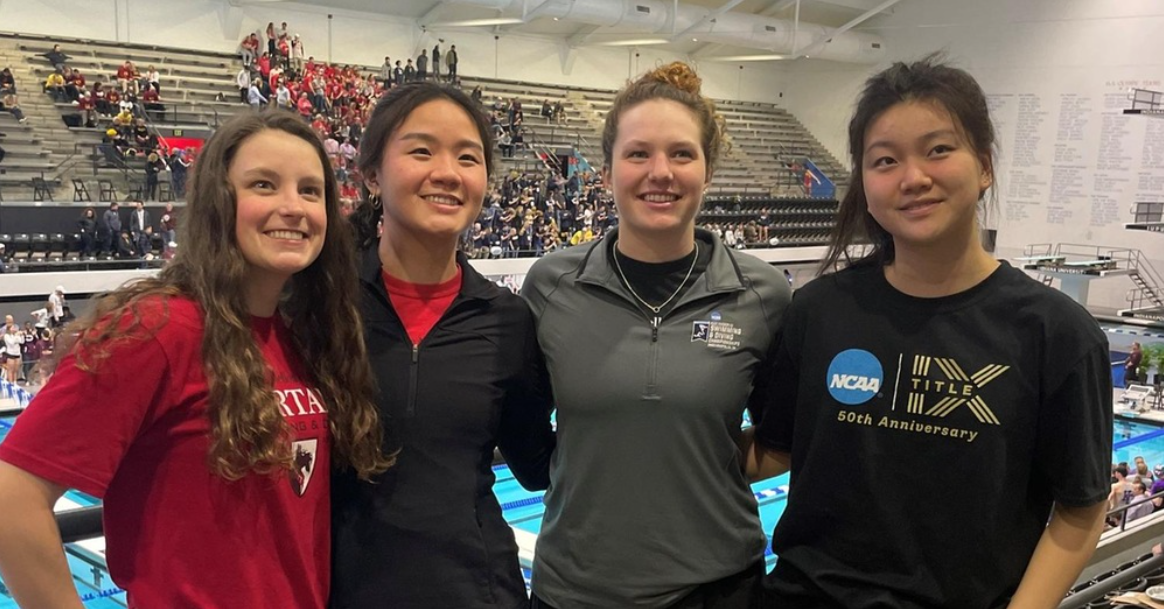 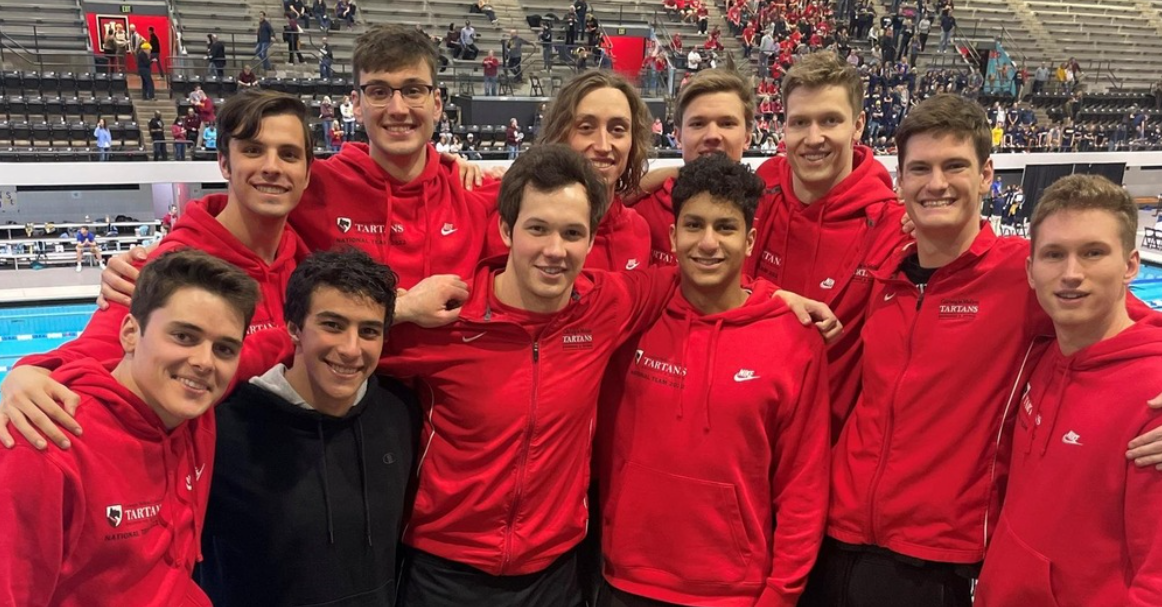 Women’s Swimming and Diving
From March 16-19, the Women’s Swimming and Diving team traveled to the 2022 NCAA Division III Swimming and Diving Championships in Indianapolis. On the first day, several members competed in individual events. Senior Kierstyn Cassidy swam the 500-yard freestyle and finished 36th of 54 with a time of 5:03.15. First-year Emma Hoffman finished 50th in the same event with a season-best of 5:07.85. Junior Bonnie Wang placed 40th of 62 with a time of 2:07.94 in the 200-yard IM. Junior Tiffany Tseng placed 59th in the 50-yard freestyle in 24.32 seconds. The 200-yard medley relay of Hoffman, Wang, Tseng, and Cassidy finished 26th overall with a time of 1:49.54.

The Tartans took more points on the third day, in large part due to Britton’s efforts. With a school record of 47.50 in the 100-yard backstroke preliminaries and a sixth-place finish of 47.53 in the finals, Britton earned yet another All-America Honor. The 800-yard freestyle relay consisting of Dauksher, Heddadji, Tarczynski, and Daniel narrowly missed the top 16, placing 18th with a time of 6:43.03. Kyle also narrowly missed making top 16 in the one-meter board with a 415.15 points.

Women’s Track and Field
Members of the Women’s Track and Field team traveled to the 2022 NCAA Division III Track and Field Championships on March 11-12 at Winston-Salem, North Carolina. Junior Liz Barre competed in a variety of events, breaking two school records and earning two additional personal bests. In the pentathlon, Barre broke the school record with 3,399 points. She also won the high jump, clearing 1.66 meters, tying a school record. In the 60-meter hurdles, Barre placed fifth with a time of 9.07 seconds; she also placed 11th in shot put with a mark of 9.91 meters. Both were personal bests. Junior Samantha Giordani also competed, placing 12th overall in preliminaries in the 200-meter dash with a time of 25.47. Giordani did not make it to finals, as only the top eight advanced.

The next weekend, the Tartans had their first outdoor meet of the year at the Washington and Lee Track and Field Carnival in Lexington, Virginia. In her first outdoor meet, first-year Katie Monahan placed third in shot put with a mark of 11.97 meters, breaking the school record. Graduate student Kendra Noneman shattered the previous school record for hammer throw by over eight meters, placing first with a throw of 55.42 meters. First-year Kayla Rountree continued the momentum, placing second in javelin with a throw of 31.65 meters.
On the track, sophomore Isabella Rhee placed second in the 400-meter dash with a time of 59.22. The 4x400-meter relay team of sophomores Emily Lannen, Caitlin Kolb, Rhee, and junior Kavya Tummalapalli took third with a time of 4:09.25.

Men’s Track and Field
On March 11-12, the Men’s Track and Field team traveled to the 2022 NCAA Division III Indoor Track and Field Championships at Winston-Salem, North Carolina. Senior Michael OBroin competed in the 5,000-meter run and earned himself All-America recognition and second place with a time of 14:16.30, a school record. First-year Cody Breidenbach also earned All-America recognition when he placed seventh in the weight throw with a distance of 18.60 meters. Senior Justin Kiefel competed in the long jump and placed 10th with a mark of 7.03 meters. First-year Aleksei Seletskiy ran in the preliminaries of the mile run, placing 19th with a time of 4:20.59.

The following weekend, the Tartans traveled to Lexington, Virginia to the Washington and Lee Track and Field Carnival for their first outdoor meet of the year. Junior Alex Halkias finished in second place in the 200-meter dash with a time of 21.97, a personal-best. He also finished third in both the 100-meter dash with a time of 10.77 and in long jump with a distance of 6.68 meters. A personal best from graduate student Grant Johnson earned him first in the 400-meter hurdles with a time of 54.62. Graduate student Michael Cai and sophomore Pranac Rajbhandari took first and second place in the 400-meter run with times of 50.59 and 51.06, respectively.