Homage to film icon in danger 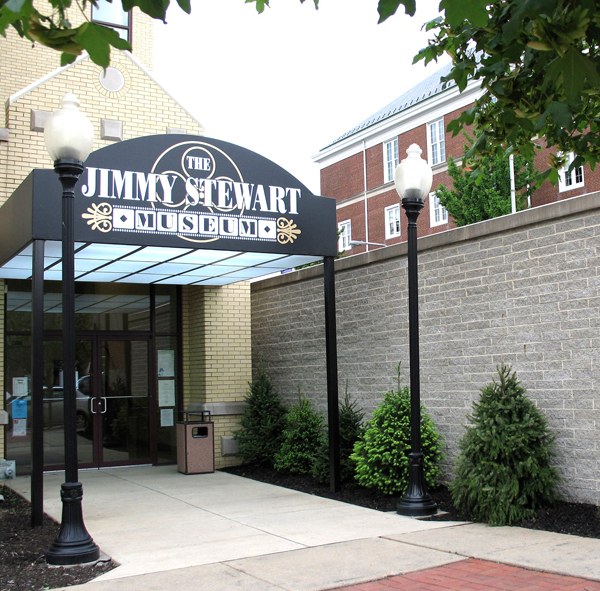 Very few individuals who choose a career in the film industry ever truly make it. That said, when someone does see success in the industry and becomes famous because of it, it is often customary for a hometown to show a little pride. In Indiana, Pa., a small town located one hour outside of the Pittsburgh city limits, residents have paid homage to the iconic film and stage actor Jimmy Stewart by establishing the Jimmy Stewart Museum.

Stewart, who was born in Indiana in 1908, had one of the most versatile careers in Hollywood. After graduating from Princeton University in 1931, Stewart began his acting career by dabbling in various student performance troupes. After moving to New York City, Stewart made his Broadway debut in a show called Goodbye Again in which the actor had two lines. In 1934, on the opening night of Divided By Three, in which Stewart starred, the actor attracted the attention of MGM talent scout Bill Grady. Years later, after signing on as an MGM contract star and starring in various westerns, comedies, and thrillers, Stewart had become one of the most established names in Hollywood, earning himself five Academy Awards as well as one Lifetime Achievement award for his six decades in Hollywood.

For the people of Indiana, Pa., Stewart has been the ultimate “hometown hero.” Thus, the Jimmy Stewart Museum was established to celebrate the remarkable career of this Hollywood icon. The museum itself features several relics from Stewart’s childhood and adult life. The array of display items is vast: From baby photos to his grandfather’s Civil War uniform, the museum has gathered together artifacts from every stage of the actor’s life. The museum also boasts an impressive vintage movie theater where visitors can view various film clips from Stewart’s career.

However, museums don’t last forever, and as the generational gap widens, there seem to be fewer and fewer Stewart enthusiasts willing to visit the museum. With the current numbers of attendees and donations, it doesn’t look as if this town’s salute to a hometown hero will be able to stand much longer. According to the Pittsburgh Post-Gazette, with a drop in attendance from around 6,500 in 2009 to just 5,000 this year, and a budget cut from $5,500 to $1,400 by the Pennsylvania Historical and Museum Commission, curators at the museum worry that the attraction won’t be able to maintain itself.

Because the museum is one that depends mainly on annual gifts and operational volunteers, the town of Indiana has been promoting the attraction at every possible opportunity. However, donations are currently down 11 percent, and the museum’s endowment might not be enough to save it.

Despite the fact that this museum is an hour outside Pittsburgh, the possibility of closure is especially relevant to city residents concerned with preserving art and culture. One museum closure often leads to another, and being a city that prides itself on its extensive museums and art galleries, nearby closures could mean dangerous things for nonprofit organizations in Pittsburgh.

If you’re lacking something to do on a given weekend, gather some friends together and drive on over to the Jimmy Stewart Museum. You can also help keep this monumental museum alive by going to www.jimmy.org/donate and donating. It’s up to today’s generation to help preserve the generations of the past.