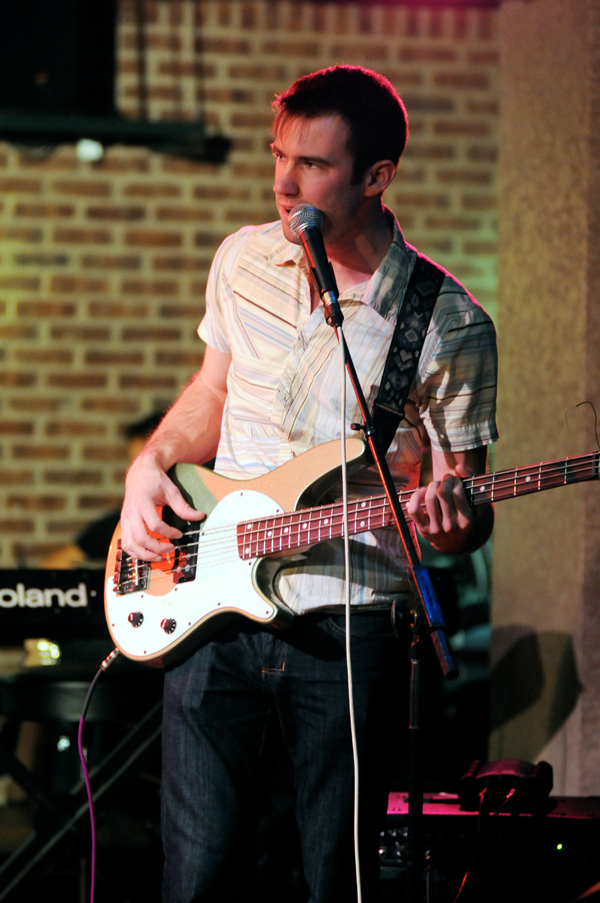 Modern Conversation, a quartet from Chicago, performed this past Wednesday at the Underground. (credit: Celia Ludwinski | Photo Editor) 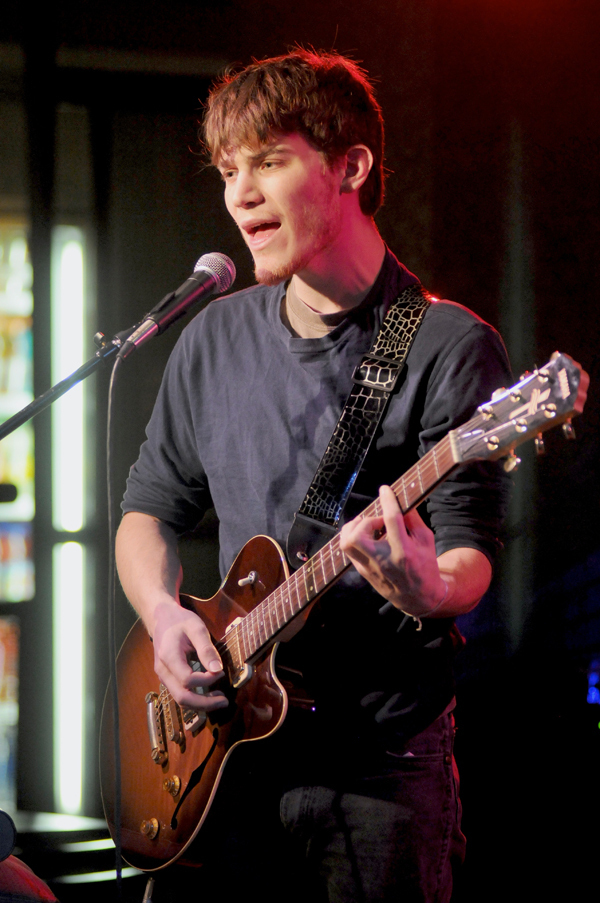 Modern Conversation, a quartet from Chicago, performed this past Wednesday at the Underground. (credit: Celia Ludwinski | Photo Editor)

The Underground show hosting Modern Conversation and The Wrong Airport was supposed to begin at 6 p.m. last Wednesday night, but with setup and sound check issues, 6 p.m. slowly morphed into 6:30 p.m. and then some. When the opening band, The Wrong Airport, finally hit the stage, the crowd was dying for some music, and that’s exactly what the band brought. For a small band, the two group members sure did bring the “noise.”

The duo met while attending Carnegie Mellon University and collaborated on their first song together during their senior year. A mix of lo-fi and electronica, their sound is beat-heavy and energetic. Much of their music incorporates looping and pre-recorded beats. Ryan Woodring, bass guitarist and vocalist, also beatboxes while controlling the loop pedal. Patrick Torrez, the other half of the band, plays the guitar and keyboard.

Besides providing a great show, the duo also made a few quips here and there to get the crowd going. At a point earlier in the show, Woodring asked, “You guys want louder, right?” to which the crowd cheered. Woodring laughed and added, “Especially all of you who just came here to study.”Woodring and Torrez played songs off their debut album, Arrivals and Departures, as well as a Sheryl Crow cover to “warm up for our most emotional song.”

After The Wrong Airport came Modern Conversation, a quartet from Chicago. The band had never been to Pittsburgh before and was excited to perform here. Modern Conversation is currently on an East Coast tour to promote a new EP, About Time, and planned to play in New York the next day.

Part rock, part folk, with a bit of reggae mixed in, Modern Conversation has a very eclectic sound. The band comprises two guys and two girls — David Courtenay is the frontman and sings vocals as well as plays guitar and bass; Jeremy Schmidt is lead guitarist and also plays bass; Janet Cramer plays drums and sings vocals; and Jackie Rada plays keyboard. Courtenay is from California, while the rest of the band is from the Midwest.

Throughout the night the band played songs from About Time, as well as a few songs the group just recorded. Many of the band’s songs have reggae undertones, and Courtenay is always sure to point out which ones. Between songs Courtenay charmed the audience with stories about his life. For “Country Jam,” Courtenay switched to play bass, telling us, “My very first band back in California, I played bass. I was a Paul McCartney wannabe. I couldn’t really play or sing like him, though.”

The song played after that was one called “Love and Shame,” which was about “getting into precarious relationships or situations” — a state many listeners were familiar with.

The group then played a spectacular Doors cover that brought up the energy level of the house as those who knew the song sang along.

The band wrapped up the night with a raffle, a common occurrence at Modern Conversation shows. Audience members were encouraged to put their names and email addresses on a slip of paper and put it into the tip jar for the possibility of winning a copy of About Time. The winner of the night was senior mechanical engineering major Brian Manning. Afterward the band stuck around to chat with fans.