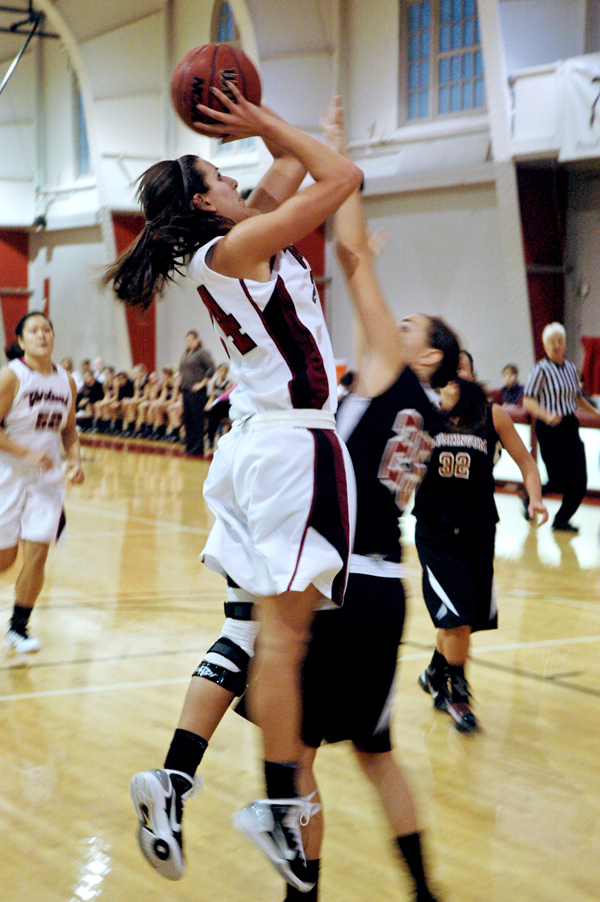 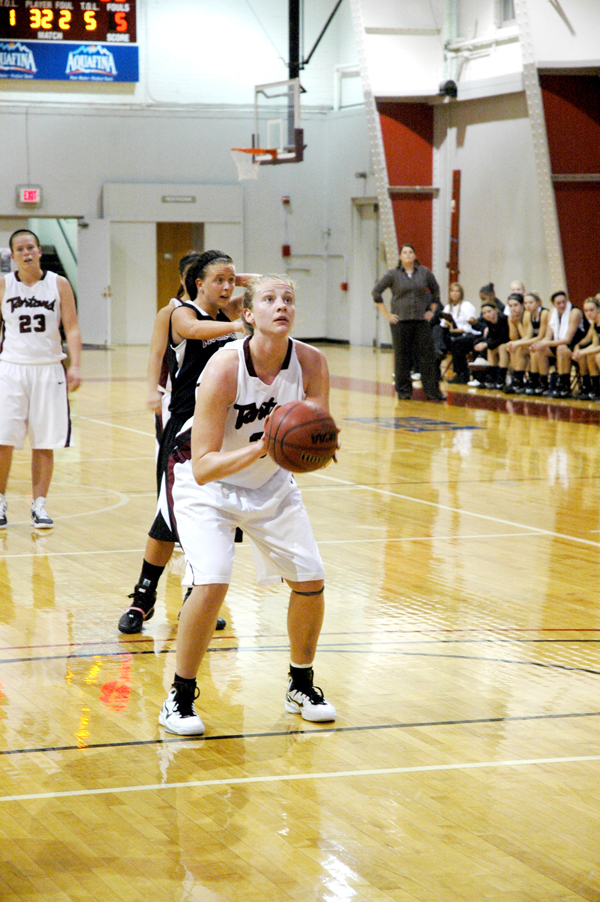 The Carnegie Mellon women’s basketball team hosted the Radisson Classic tournament last Friday and Saturday. The Tartans gained a 55–50 win against Earlham College on Friday, but fell to the Muskingum University Fighting Muskies 64–54 on Saturday.
The women’s team seems to be off to a good start with 10 players returning to the lineup, two of which are juniors who missed 60 percent of last year’s games. Coach Gerri Seidl also shares their sense of optimism. “We truly feel we have a stronger core and more all-around depth with the maturity of our upperclassmen and the additions,” she said. One such player, junior Jacki Cortese, is certainly making her presence felt. In the home opener against the Quakers, Cortese managed to record a double-double, with 13 points and 13 rebounds. Sophomore post player Emily Peel anchored the offense and led the team in scoring with a team high of 17 points and 12 rebounds.

Facing a 27–22 deficit at halftime, the Tartans came roaring out in the second half with an 8–2 run to earn the lead for good with 16:22 left in regulation. Peel had six of those points, including an impressive back layup. Carnegie Mellon would later increase the lead to as much as 13, while led by players such as junior post Jennifer Larsen. The Tartans also spread the court by assisting on 14 baskets with junior Alex Hansen leading the team with five assists and sophomore Tori Baggio adding four.
In Saturday’s game against the Fighting Muskies, Carnegie Mellon lost by a score of 64–54, bringing the team’s overall season record to 1–2. Cortese once again led the women’s offense with 18 points and four rebounds, leading her to be named to the All-Tournament team.

“The team has worked hard to develop chemistry on the court behind the leadership of captains Jess Buranovsky and Jacki Cortese,” Seidl said.

The Tartans followed closely behind the Muskies at the break with a 29–27 deficit after the Muskies scored off a late offensive surge, raking in seven key offensive rebounds and converting eight Tartan turnovers into 10 points. However, the team seemed to lose momentum after five minutes into the second half, falling into a double-digit deficit. Larsen managed to rack up 14 points and eight rebounds, while first-year point guard Gina Tudi spread the court and collected six assists.The Tartans hope to continue to improve their game during this Tuesday’s home match against Grove City College at 7 p.m. in Skibo Gym.