Reflecting on the musical successes of 2010 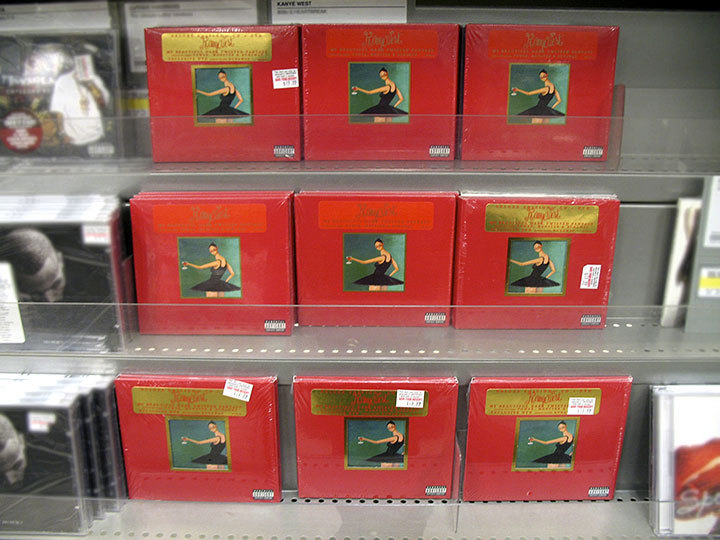 Like any year, 2010 proved to be a whirlwind series of ups and downs for music. We saw the deaths of Jay Reatard and Mark Linkous, leader of the band Sparklehorse. Some artists were imprisoned, some released from prison, and one (T.I.) even managed to find himself back in prison again. A video of Miley Cyrus smoking a bong went viral on the Internet shortly after her eighteenth birthday. We won’t even get started on Kanye West, who is a story in and of himself.

Despite the lowlights of the year, the ups were pretty high. Daft Punk created arguably the best soundtrack of the year for the movie TRON: Legacy. Pavement got back together for a reunion tour. After five years, Sufjan Stevens finally released another album, and a great one at that. Of the many album releases that defined the year, some proved more outstanding than others.

10. Robyn, Body Talk. Body Talk manages to be weird without being off-putting, catchy without being repetitive, poppy without being overly peppy. The album is an explosion of dance-pop energy with synthetic sounds and heavy drum beats. Robyn weaves stories with her songs, talking about the push and pull of a no-strings-attached relationship in “Hang With Me,” and the heartache of a girl watching the guy she loves dance with someone else in “Dancing On My Own.” Robyn centers her songs around energetic melodies, never letting the meaning behind the songs weigh them down.

9. Vampire Weekend, Contra. A case of sophomore album syndrome clearly does not apply to Vampire Weekend. With a debut as strong as their namesake album, it’s hard to imagine the band topping their first success, but in Contra, Vampire Weekend exceeded expectations and released a sophomore album to remember. With its Afro-pop influences and synthetic sounds, the quartet manages to perfect the balance between staying true its roots and experimenting with new ideas.

8. Bruno Mars, Doo-Wops and Hooligans. Few artists manage to make a splash before releasing an album, much less turn that splash into a tidal wave, but Bruno Mars is just such an artist. Mars lent his voice to B.o.B’s “Nothin’ On You” and Travie McCoy’s “Billionaire,” both hit songs on Top 40 radio stations. Then, he blew America away with the single “Just The Way You Are,” melting many girls’ hearts in the process. His songs are catchy without being generic, and he has one of the best male voices in the popular music industry — two key ingredients to the success of his debut album.

7. Big Boi, Sir Lucious Left Foot: The Son of Chico Dusty. “No, not André 3000. The other guy.” However unfair this statement might be, there is always the member that is the lesser known in a two-part band. After this album, there is no way that Big Boi could stay the “other member” of OutKast for long. The album is spectacular and anything but predictable. Big Boi is heavily influenced by Southern hip hop, as well as funk and dub-step. He uses clever wordplay and delivers fast-paced lyrics that leave listeners breathless.

6. Beach House, Teen Dream. Victoria Legrand’s voice is captivating, and while it is sometimes hard to understand exactly what she is saying, her melodies, along with the rich sounds of the keyboard and Alex Scally’s guitar, make the album more than worth listening to. The tracks are diverse, ranging from somber to dramatic. “Silver Soul” is gloomy and emotional, while “Norway” is ethereal.

5. Sleigh Bells, Treats. Riding the wave of praise from their South by Southwest show, this lo-fi duo released their much anticipated album in May. Some songs are grainy, while others are screechy in an over-excitable, in-your-face type of way. The album is a combination of strength and silliness, with decibel-overloading poppy beats and quirky lyrics that appeal to the masses while still satisfying music connoisseurs.

4. LCD Soundsystem, This Is Happening. Supposedly LCD Soundsystem’s final album, This is Happening certainly leaves listeners something great to remember them by. The album touches on relationships, and has a darker feel than the previous album Sounds of Silver without actually sombering up the melodies. Single “Drunk Girls” seems all fun and games at first, but after paying attention to the lyrics, listeners will realize that the song is infused with deeper realizations.

3. Local Natives, Gorilla Manor. As far as debut albums go, Local Natives could not have done a better job. There is something inexplicably appealing about their raw, heart-wrenching vocals and clever harmonies. Among the twelve tracks is a little gem in the form of a cover of Talking Heads’ “Warning Sign.” Perhaps the most amazing part of the album is how the quintet manages to sound melancholy and lighthearted at the same time. The resulting blend is a unique sound that keeps listeners hooked, leaving the band with a dedicated fan base.

2. Arcade Fire, The Suburbs. It would seem, with this third-straight spectacular album, that Arcade Fire can do no wrong. Somehow, the band always manages to make profound statements accompanied by clever tunes without coating their songs in a layer of depression. The tracks are monumental without being heavy, inspiring listeners to consider the lifestyle of the suburbs. Perhaps one of the most memorable lines about suburban life is in “Sprawl II”: “Sometimes I wonder if the world’s so small, that we can never get away from the sprawl.”

1. Kanye West, My Beautiful Dark Twisted Fantasy. It might seem cliché to put Kanye at the top of a best albums list, but frankly, there is no other place to put Twisted Fantasy. True to its name, the album reveals the inner workings of Kanye’s mind — the somber, the crazy, the honest, and the heartfelt. The tracks range from the aggressive — especially Nicki Minaj’s part in “Monster” — to the candid. Kanye manages to bring out his own humanity, showing us that despite his oftentimes invincible appearance, he has his faults and is well aware of his vulnerability.