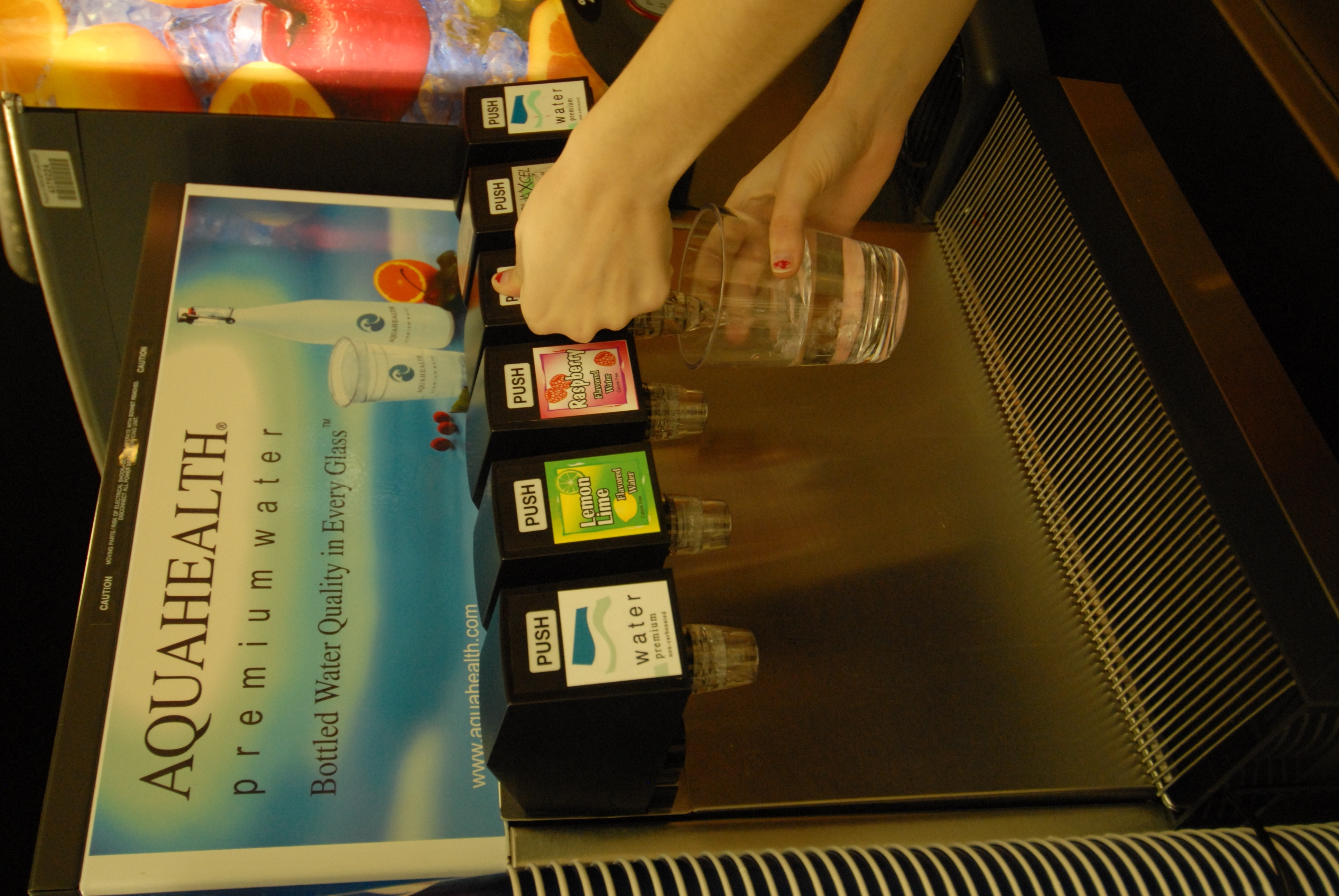 CulinArt is moving forward with one of its “Green Initiatives” to reduce bottled water usage on campus. Students may have already noticed the new Aqua Health fountains at Carnegie Mellon Café, Tartans Pavilion, and Schatz Dining Room.

“In early October CulinArt staff had met with students that represented the Tap Water Project,” explained Shelby Cole, student activities director of CulinArt. “We did a cross promotion, supporting their interests to reduce carbon footprints by requesting cups of water rather than bottles. We placed signage at our fountain locations encouraging students to grab a cup of water, rather than a bottle.”

“She learned that other college campuses across the nation were eliminating plastic bottled water entirely, including Wesleyan and Washington University in St. Louis. As an advocate herself for the use of reusable bottles in place of plastic water bottles, she thought it was incredible that students were able to do something like this on such a large scale.”

For the Tap Water Project, the next step is to encourage students to start carrying around their own reusable bottles. Romero explained, “Thanks to our previous efforts, last summer’s freshman orientation was bottle-free. The incoming students (undergraduate and graduate) received stainless steel reusable bottles as gifts during Orientation. This policy is going to be implemented in future orientations as well.”

Since the 1950s, bottled water has been recognized as a source of pollution and waste. Only a fraction of bottled water bottles are actually recycled, and the majority of the bottles go to a landfill where they do not decompose.

“Creating the actual bottles is also extremely wasteful,” Romero said. “It consumes a ton of energy, it pollutes the environment ... and more water is used in creating the bottles than is actually inside of them.”

According to www.greenlivingtips.com, “With the addition of a home water filter, you can have water as good, if not better than many bottled water brands — as some of the bottled water brands pull their water directly from municipal supplies and at times don’t even bother filtering it.”

But even outside of an environmental perspective, Romero emphasizes that reducing bottled water still has its benefits.

“For starters, the ‘purified’ water within the plastic bottles is municipal tap water that has been chemically treated 44 percent of the time, and the other 56 percent is simply ground water. The tap water from local reservoirs must pass multiple safety tests before it can be distributed to the public. Essentially, tap is often safer than bottled.”

“There’s also a very obvious reason why we should reduce usage: Why should we have to pay for something that is normally free? Bottled water is convenient, but we believe that with the wide-range distribution of reusable bottles, convenience will be reassured without the plastic bottles.”

CulinArt will also save money, since they will no longer have to provide bottled water, a salable commodity, to students using meal blocks. “This not only falls upon our initiatives to support environmental conservation, but we also hope that students will notice CulinArt’s efforts in listening to student concerns, and implementing solutions. This decision is not only a win for the environment, but it is also a win for CulinArt and the Tap Water Project,” said Cole.