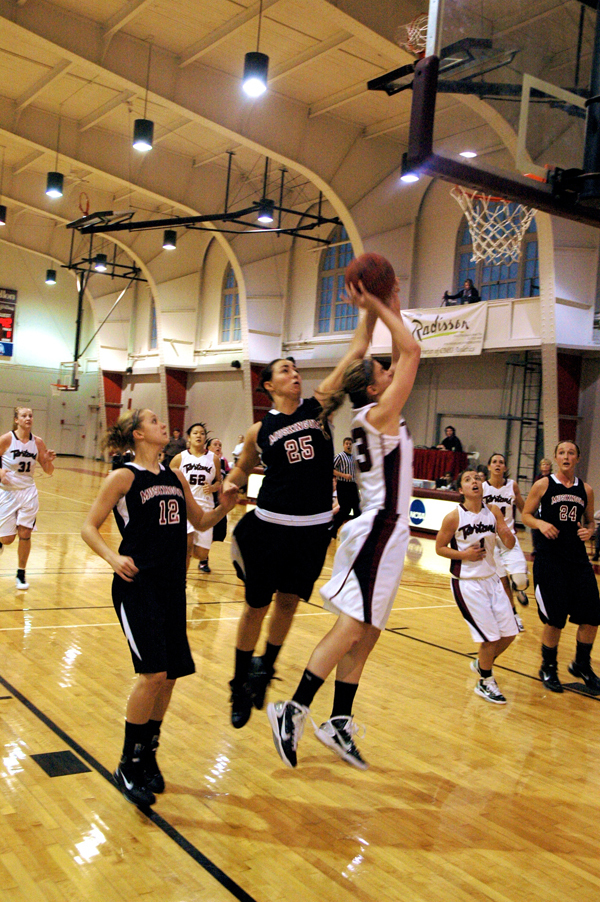 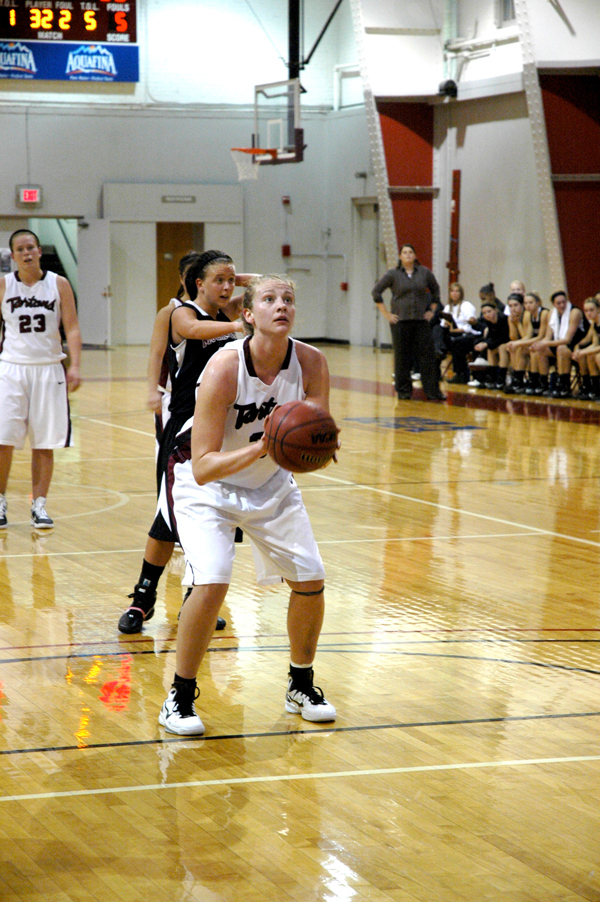 The Tartans women’s basketball team lost a tough game last Friday night at the University of Rochester, 66–38. The game started out close and competitive with the Tartans building a 10–7 lead in the first half, but the Rochester Yellowjackets, nationally ranked No. 14, were able to open it up and take a commanding lead by the half. Unfortunately, the Tartans, led by junior Jen Larsen, sophomore Emily Peel, and first-year Jacquie Shaw on Friday night, couldn’t successfully fight back, and Rochester pulled away for the win.

Starting junior guard Alex Hansen spoke about the loss, saying, “Our defense usually leads to our offense, and our defense just wasn’t there on Friday. It’s hard to win a game that way.”

Despite the loss, Larsen, Peel, and Shaw recorded solid games. Peel had a team-high 12 points and six rebounds, Larsen had nine points and seven rebounds, and Shaw contributed eight points and four rebounds. Shaw started the game in place of injured junior captain Jacki Cortese. Cortese returned the following game against Emory Univerisy this past Sunday.

The loss puts the women’s basketball team at 2–13 for the year and 0–4 in UAA play. Rochester moves to 12–3 on the season and 2–2 in UAA play. The Tartans were not discouraged, and they got right back on the court Sunday in Atlanta against Emory University. Going into the game, Larsen said, “This game [vs. Rochester] made us see our weaknesses, and the best thing we can do now is move on to the next game and fix them.” The results and statistics for the contest against Emory can be found on the Carnegie Mellon athletics website.