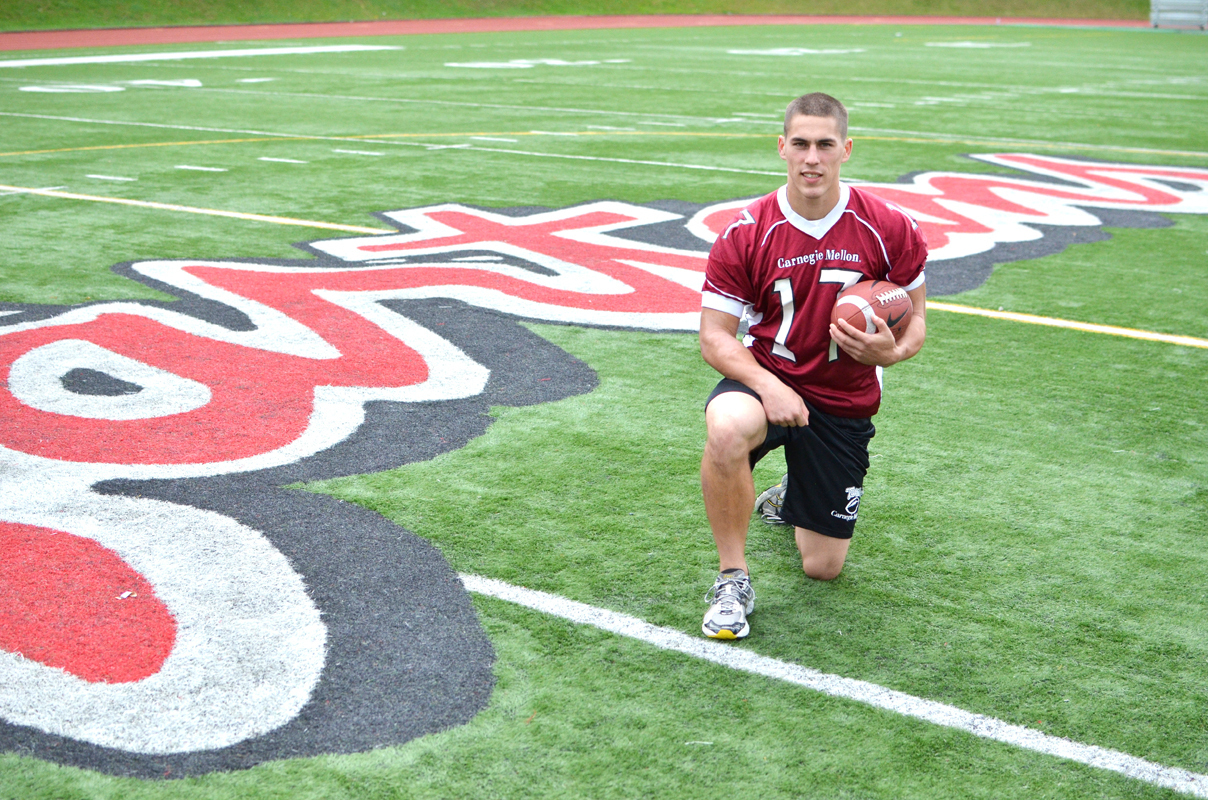 This week The Tartan had the opportunity to catch up with Sam Thompson, a junior football player from Alcoa, Tenn. He began playing football in seventh grade for his middle school team, and continued playing in high school.

Thompson started off playing safety but was moved to cornerback his first year, and has played the position ever since.

Thompson currently studies mechanical engineering at Carnegie Mellon. Upon graduation, Thompson wants to become a pilot in the Marine Corps. For football, Thompson’s goals for this season include winning the UAA and finishing with an 8–2 record.

Thompson is a dynamic student athlete; he not only excels on the field and in the classroom but is also a member of Carnegie Mellon’s NROTC unit. “One of the reasons I came to CMU was the great relationship between the football team and the NROTC unit. Both organizations are great to be a part of and they accommodate each other well. They don’t fight over my time too much which allows me to participate in both while doing school on the side,” Thompson said.

“The thing I enjoy the most is being able to compete and continue to play this great game. Additionally, some of my best friends here at CMU are on the football team,” Thompson said.

Thompson went on to share some of his favorite moments of Carnegie Mellon football. “My proudest moment was probably knocking down a 4th down pass at Wittenberg my freshman year. It was my first game as a starter against a nationally ranked team,” Thompson commented.

“My funniest moment was picking off a pass during practice and doing an end zone celebration dance before giving the ball back to the scout team QB. I thought practice was kind of lethargic and the team needed some energy.”