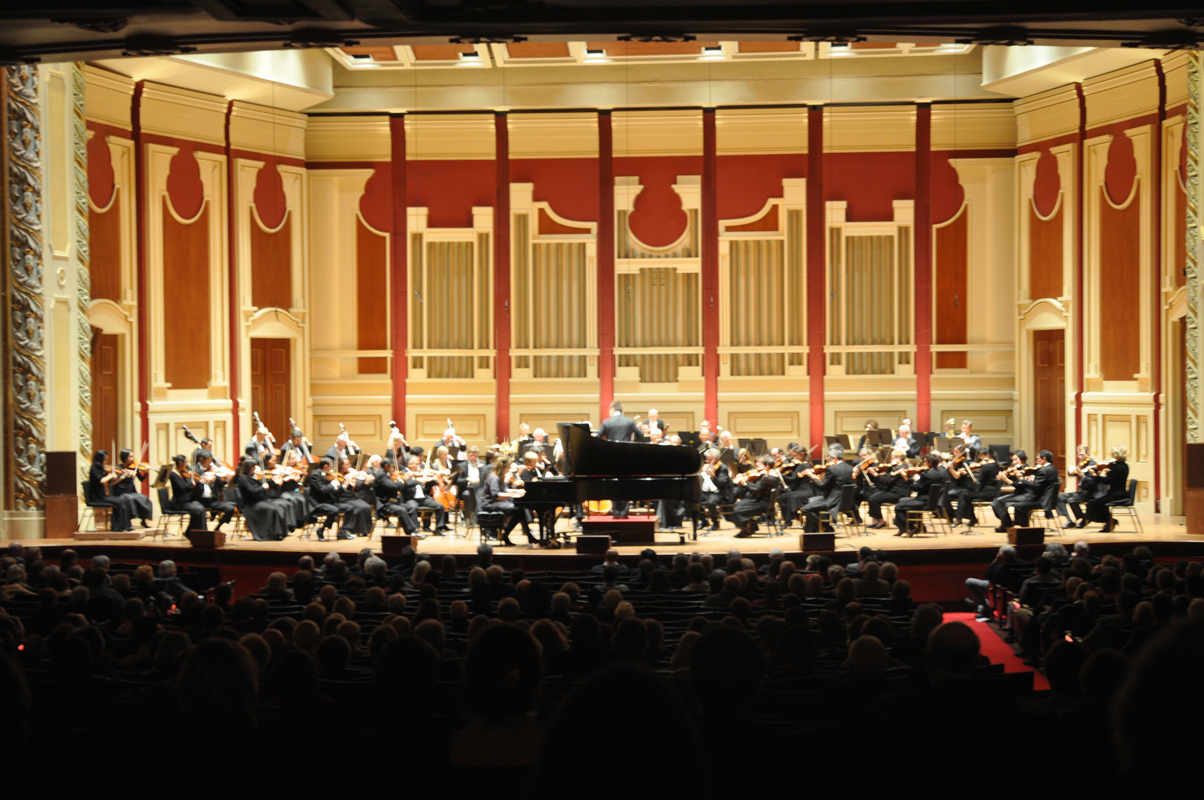 Being a romantic doesn’t just refer to how chivalrous you are on a date. Romanticism refers to a European literary, artistic, and intellectual movement from the late 18th and early 19th century celebrating nature and the sublime experience. The Pittsburgh Symphony Orchestra (PSO) paid tribute to this period with its Romantic Masters concert last Friday at Heinz Hall.

The concert started off with Sergei Prokofiev’s Classical Symphony, his first symphony, which was composed to emulate the style of classical composer Joseph Haydn. The orchestra showed off its playful side with the piece, and carefully manipulated dynamics to hold the audience’s attention during the more repetitive second movement. The performance wasn’t without error, though — one of the flautists kept cracking notes throughout the piece, distracting from the sweetness of the flutes’ part.

Pianist Gabriela Montero joined the orchestra to perform Prokofiev’s Piano Concerto No. 3. Montero, a Venezuelan-American pianist who performed with Yo-Yo Ma at President Barack Obama’s inauguration, didn’t have much of a physical stage presence as she performed, but her musical abilities grabbed the audience’s attention. She and the orchestra delved into the haunting and complex piece, deftly balancing the sound of the soloist and the orchestra so that the concerto, rather than the musician, was the focus of the performance.

The PSO showed off its darker side as it built tension and played with the subtle nuances of emotion throughout the concerto. One thing the piece lacked, however, was power, as the orchestra didn’t provide a large fortissimo finish.

After the concerto, Montero sat at the piano to play an encore — but instead of performing something from the usual repertoire of piano encore pieces, she took the microphone and asked the audience to hum a tune for her to improvise off of. “Classical improvisation used to be very much a part of the classical musician’s expression,” but is now usually reserved for jazz musicians, she said. Someone sang a bar from “Some Enchanted Evening,” and the whole audience sighed in approval. She started off by playing the song as it was originally written, then paused for a moment before beginning to play so lyrically and smoothly that it was difficult to believe that she was making it all up on the spot. She interwove the original theme throughout her improv, but built it into something far more intricate and ended with a dramatic flourish.

A brief intermission was followed by Johannes Brahms’ Symphony No. 2; the cheery composition is not as musically interesting as Prokofiev’s Concerto, but the PSO performed it well and finally showed off the ensemble’s power with a large finish.

Although the PSO provided a great performance, the turnout was somewhat indicative of the larger problems orchestras are having with getting an audience. The audience was disappointingly small — which, admittedly, may have been due to the fact that Downtown was celebrating Light Up Night — and the attendees were overwhelmingly in the 55-plus age bracket. During a particularly tense section of the Concerto, a woman in the back row nodded off and started snoring softly, waking up abruptly as the orchestra hit a loud chord. “It happens all the time,” an usher for Heinz Hall whispered apologetically.

The PSO is an excellent orchestra and is able to bring in top-notch guest soloists, but it needs to find a way to draw in a broader audience if it wants to continue to do so.