A week of reprehensible actions in NFL 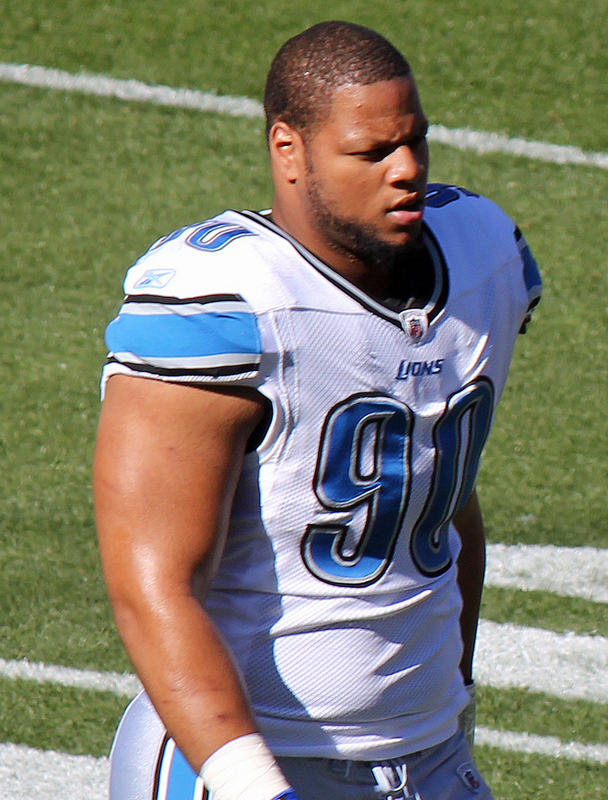 Ndamukong Suh is suspended for the Detroit Lions’ next two games. (credit: Courtesy of Jeffrey Beall via Flickr)

In the final stretch of the NFL season, headlines are typically dominated by playoff and divisional races, with teams fighting for their right to play in the Super Bowl for the coveted Vince Lombardi Trophy. However, the Week 12 headlines were speared by a couple of players solidifying their reputations as “stupid.”

The Detroit Lions’ Ndamukong Suh, one of the best young defensive tackles in the game, shoved Packers guard Evan Dietrich-Smith’s helmet into the grass and subsequently stomped on his arm after a play brought them both to the ground. Suh was then rightfully ejected from the Thanksgiving game. On Sunday, Buffalo Bills wide receiver Stevie Johnson mocked Jets wide receiver Plaxico Burress in his touchdown dance, pretending to shoot himself in the leg in the end zone. Both Suh and Johnson were fiscally penalized for their stupidity, and Suh has now been suspended for two games.
I’ll start off with Suh. He is considered one of the best players in the game and has been regarded highly ever since he was a top-five pick in the NFL draft. However, since he entered the league, he has gained a reputation as one of the dirtiest players in the NFL. He has already been fined over $100,000 multiple times, with this being his first suspension. Following his actions on Thanksgiving Day, Suh has started to hurt not only his wallet, but also the reputation and success of his team.

Funny thing is, Suh proved to all of us that he hadn’t learned a thing from being kicked out of the game. During his postgame press conference, Suh repeatedly claimed that he stomped down with his foot in order to “free himself from the situation,” implying that he actually meant no harm by his actions. This is absurd. Suh clearly hasn’t learned anything, and his belated apology to the commissioner and his feeble attempt to defuse the situation later on Facebook are laughable.

Next up is Bills wide receiver Johnson, who thought it would be a great idea to make fun of Plaxico Burress’s gun-carrying mistake that occured just a few years ago. Johnson, who is known for his elaborate touchdown celebrations even with today’s strict NFL celebration rules, went a step further by referencing something that put another player in jail. As if that wasn’t enough for him, he proceeded to fly like a Jet and then stumbled to the ground in order to enact a “plane crash.” Johnson was then penalized 15 yards, leading to an easy Jets touchdown the next drive, benefitting from great field position. To make matters worse, Johnson eventually dropped two wide-open touchdown passes when the Bills needed a touchdown to win the game.
Like Suh, Johnson’s reaction after the game told us all we need to know. When asked about the dance, Johnson blew it off, saying he was disappointed that it cost the Bills the game but did not think the dance was in bad taste, and, at the time, he did not apologize to Burress.

Although this is not the norm in the NFL, it’s disappointing to see professional football players endangering other players (Suh) or mocking other players’ misfortunes (Johnson). The worst part is that it is usually the same players getting fined or suspended.

I know that the league will never be perfect, but it’s guys like Suh who give the league an unwarranted “bad boy” image. Given that Suh is young and has already had many transgressions, the NFL should look into suspending him for much longer depending on what he does next. I’m not one for suspensions, but some just won’t learn until you really punish them, and justifiably so, Suh has been suspended for the next two games.