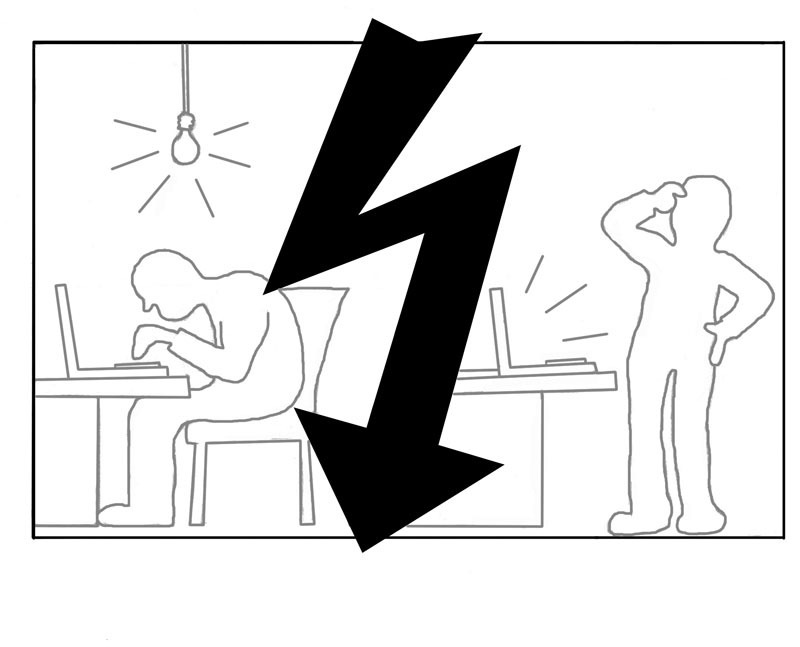 There was a prolonged power outage on Tuesday at the Morewood Gardens residence hall.

In addition to the living areas, the computing cluster, exercise room, laundry facilities, the Underground, and the offices of Housing and Dining Services were also affected by the power outage. As a result, all these areas were cut off from internet access.

Fortunately, the event occurred during a time when most students were in classes, meaning the worst they would probably have to deal with was a reset clock. “[The power outage] was around noon on a weekday, when nobody is around usually,” said Dane Pieri, a Morewood resident assistant (RA).

For the students who were in Morewood at the time of the outage and working online or on a desktop computer, the sudden loss of electricity and Internet was more disruptive.

“I was present for the most recent outage, however, and the general feeling was one of distress and confusion,” said sophomore biomedical and chemical engineering major Harrison Rose. “The outage caused an online assignment to be submitted late, and I know of many students with desktop computers who [remotely] access their files from the various labs around campus who inevitably would have lost that access, probably resulting in some exasperated swearing.”

“It was mostly just really annoying,” said sophomore computer science major Mary K. Nestor. “I was getting ready for class, and suddenly the lights went out.”
Not all the Morewood residents had as much at stake in electricity and connection to the Internet as Rose did. For them, the power outage was merely an inconvenience. For example, Jane Lew, another RA in Morewood, wasn’t even initially aware that she lost her electricity.

“I did not notice that the power was out until about 10:50 a.m., when I noticed that my computer was not charging,” she explained. Lew also said that the reaction was similar among the other people on her floor: “None of my residents contacted me about this situation,” Lew said. “I don’t think the power outage posed as a real emergency for my residents at the time.”

According to Rose, such power outages are not unusual for Morewood. “I would say this happened three to four times this semester,” he said. “I was not always around for the outages; however, I would [often] return to the room to find the clocks reset.”

Rather than wait for the power to come back on, students decided to head out to areas of campus with power to continue their work. “Personally, I waited a while and then went to Gates because there was no Internet,” Pieri said. “I came back a while after I heard the power was back.” Rose also added, “I went straight to a cluster with my documents on a thumb drive.”

The outage only lasted a few hours, and many Morewood residents were away and didn’t realize it had happened.

There is not yet an official explanation from the administration about why the power outage happened, although, according to Pieri, “there was a sign on the door saying that it was because of Duquesne Light.”