Diesel fuel is more economical, but comes with side effects 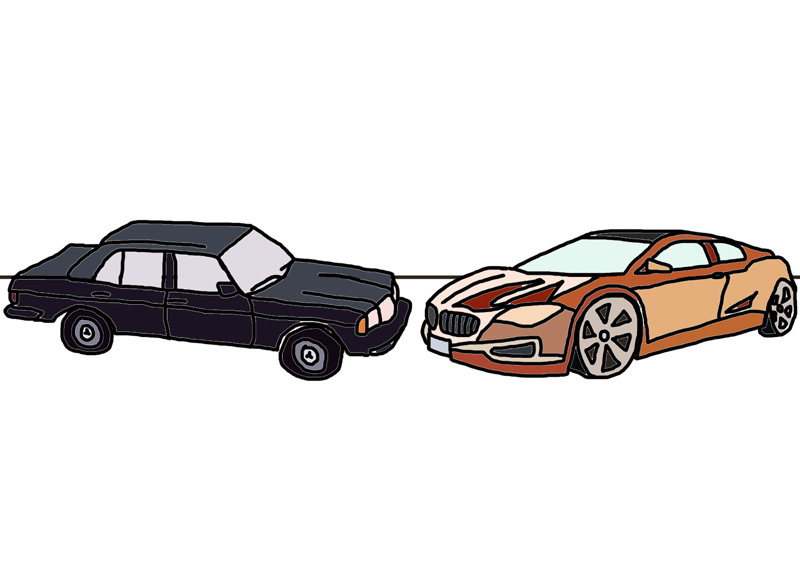 Many Carnegie Mellon students have the issue of negative environmental impact at the forefront of their minds, lending them to change their daily habits. For some, their efforts to be green extend further, into their car selection: For many, it becomes a choice between gasoline and diesel engines. The cases for both sides have evolved as technology has been developed to combat issues concerning the environment today. The main changes required to use diesel fuel are driving a different car, locating diesel fueling stations, and knowing the differences in fuel economy, greenhouse gas emissions, and other aspects that arise from using diesel as a fuel instead of gasoline. While diesel has merit to help an individual save money and prolong the life of his or her vehicle, it also has negative side effects.

Filling one’s tank with diesel does not require a different technique, and there are diesel fueling stations in all 50 states. In Pittsburgh especially, many gas stations also offer diesel fuel. However, engines that run on diesel fuel differ in their mechanics, which means that typical cars cannot be switched to use diesel without changing the engine entirely. Gasoline engines have a low compression ratio, which describes how much a combustion engine can be compressed, and is a measure of the amount of mechanical energy that can be extracted from the engine through combustion. In contrast, diesel engines ignite by compression alone using fuel injectors, which make them use the fuel more efficiently. For 2011, new cars that run on diesel include the BMW 335d sedan, the Mercedes R350, the Volkswagen Jetta, and the Volkswagen Golf, all of which have gas mileages from 18 to 30 miles per gallon in the city, and 24 to 42 miles per gallon on the highway. Most larger vehicles also use diesel, including some Ford models.

The benefits of using diesel fuel include higher fuel economy and lower costs generally. According to a study recently conducted by Carnegie Mellon’s Tepper School of Business, diesel cars are generally a better value than gasoline cars. Cars that use diesel fuel have higher residual value, which is an estimate of an object’s future worth. In some cases, the researchers observed residual values up to 30 percent higher for diesel, which indicates much lower depreciation. Diesel cars’ higher fuel economy also leads to lower vehicle operating costs. Since diesel fuel is more efficient (due to its higher density), each trip will require less fuel and will reduce money spent on fuel. Finally, the study, headed by economics professor Lester Lave, found that any disparity in initial vehicle costs was recovered within two years.

The disadvantages of using diesel fuel relate to environmental impact. Engines that run on diesel tend to emit more particulates like soot and nitrogen oxides, which contribute to smog formation. According to the U.S. Environmental Protection Agency (EPA), because diesel has a higher carbon content, it also emits more carbon dioxide per gallon of fuel consumed when compared to gasoline. However, the higher fuel economy of diesel reduces the amount of greenhouse gas emissions over the car’s lifetime. There are also certain fuel additives, such as smoke suppressants and detergent additives, that have been developed to decrease the effect of diesel fuel on the environment. Smoke suppressants are organic compounds that reduce the amount of soot emitted by diesel engines, but conversely also increase the number of ultra-fine particles released into the atmosphere, as well as overall sulfate emissions. Detergent additives are used to keep engines cleaner by removing oil deposits on fuel injectors, which also increases efficiency of the engine.

Advances have been made in diesel fuel to make it cleaner and a more viable alternative to petroleum. In 2006, the EPA instituted low sulfur requirements to try to lower emissions. Diesel fuel is also less odorful than in the past. Shell’s V-Power diesel, which is created by combining petroleum-based diesel with synthetic diesel, is especially clear and odorless. Diesel engines are much less noisy; this fact may be obvious when one rides certain Pittsburgh Port Authority buses. In 2009, the city bought 20 diesel-hybrid buses, which bear green paint and yellow swirls, and are actively used in conjunction with the Port Authority’s other diesel buses.