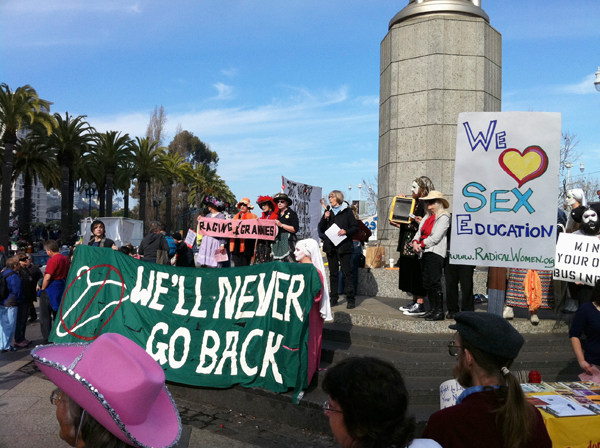 The subject of abortion leads to heated debates and rallies between pro-life and pro-choice activists. (credit: Courtesy of tjdee on Flickr ) 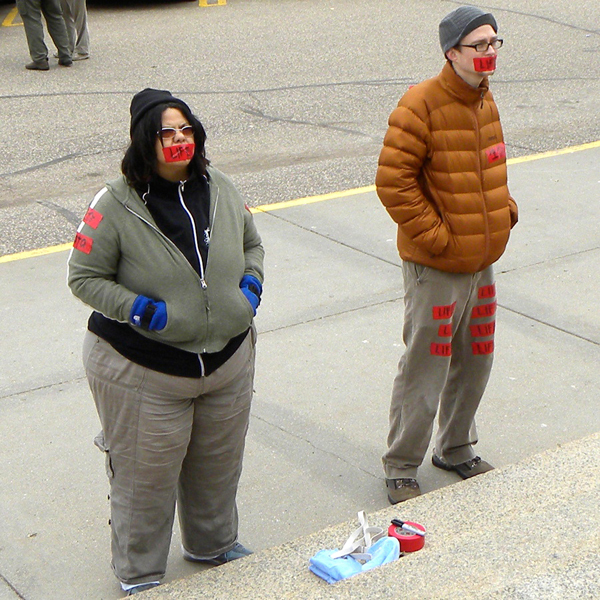 The U.S. House Committee on Ways and Means granted an extension last Thursday on consideration of H.R. 3, a bill titled the No Taxpayer Funding for Abortion Act. This is a hot-button issue that could permanently prohibit the public funding of abortion in the United States.

According to the Guttmacher Institute, women aged 18–24 account for 44 percent of all abortions in the United States. The discourse on abortion among Carnegie Mellon students is especially dynamic. On Wednesday, March 2, the Carnegie Mellon Life Matters club hosted Serrin Foster, president of Feminists for Life of America (FFL). At the event, Foster presented her argument, “The Feminist Case Against Abortion.”

Foster, who stated that her goal was to “free women from abortion,” began her speech by defining feminism as a “two-century old tradition.” She argued that the now-revered feminists of the 19th century actually condemned abortion, in contrast to popular feminist groups today, such as the National Organization for Women (NOW), which heralded the Supreme Court case Roe v. Wade as “the emancipation of women.”

Foster cited the writings of early American feminists to portray her opinion of the true feminist movement’s stance on abortion. She explained that Susan B. Anthony’s newsletter, The Revolution, described abortion as “ ‘child murder,’ ‘infanticide,’ and ‘foeticide.’ ” Foster also quoted Elizabeth Cady Stanton, who wrote: “When you consider that women have been treated as property, it is degrading to women that we should treat our children as property to be disposed of as we see fit.”

“Anti-abortion laws enacted in the latter half of the 19th century were a result of advocacy efforts by feminists who worked in an uneasy alliance with the male-dominated medical profession and the mainstream media,” Foster said. “The early feminists understood that, much like today, women resorted to abortion because they were abandoned or pressured by boyfriends, husbands, and parents and lacked financial resources to have a baby on their own.”

Foster later arrived at the crux of her speech: describing the FFL’s efforts to support pregnant women. “Feminists for Life of America recognizes that abortion is a symptom of, not a solution to, the continuing struggles women face in the workplace, at home, and in society.... We can’t say we’re pro-life and not be pro-woman.” She talked about the FFL’s College Outreach Program, which offers assistance for college-aged women who are pregnant.

Of approximately 30 people in attendance at the lecture, many appeared to be members of the Life Matters Club. One member, Agnes Marszalik, a sophomore dual civil and environmental engineering and social and decision sciences major, said that she learned a lot from the talk. “We need to focus on women’s health issues a lot more. It doesn’t matter if you are pro-life or pro-choice. These resources are lacking in our school, in other schools, and to get these resources we need to work together ... so that if people want to choose life, they don’t have to think they have to drop out.”

Marszalik is one of the students planning a Pregnancy Resource Forum to take place at Carnegie Mellon this spring. Life Matters has asked Crisis Pregnancy Centers, Housing Services, and Health Services to provide resources at the upcoming forum.

Former President of Carnegie Mellon Life Matters Aimee Bedoy organized the discussion with Foster. Bedoy is a senior ethics, history, and public policy major. She described feminism as “the support of all human rights” and said she used to have a hard time being a feminist while simultaneously being pro-life. “In high school when I found out about Feminists for Life, from that moment on it was no longer a dichotomy. They were things that could work together. You can be for women’s rights and also for the rights of the unborn child. It is not mutually exclusive.

“So often women feel so pressured into abortion. Speaking from friends’ experiences and from my own personal experience, there have been people in my life who have been pressured to have an abortion — because of school, because of a career, because of the man in their life,” Bedoy said. “I’m really fed up with that. I really feel like abortion is often used as an exploitation of women. So there need to be structures in place so that women don’t feel that pressure, so that they can face whatever man or whatever society is telling them, ‘You can’t have a child right now,’ and say, ‘Look. There are resources for me. You can’t force me to have an abortion.’ ”

Jessica Dickinson Goodman, a fifth-year scholar studying ethics, history, and public policy, also attended the talk. She volunteers as an escort for Planned Parenthood of Western Pennsylvania, and has been doing so since she was a first-year. Her views of feminism opposed those of Foster and the FFL.

“The standard — and in my opinion the correct interpretation of every generation of feminists including Mary Wollstonecraft [and] Susan B. Anthony — is that you cannot make a feminist argument while simultaneously devaluing women,” said Goodman. “[It lowers] the value of women to that of a baby carriage.”

“The fundamental flaw in Feminists for Life, from my perspective ... is that any woman in her fertility cycle ... for those forty or so years of life, whether she is having sex consensually or is assaulted, can become pregnant at any time, and she may not have any choice about it,” Goodman said. “[It’s] the idea that you look a woman in the face who cannot take care of a child ... and say to her, ‘You are required to give your body over to the hormones and the weight gain, the violent contractions of birth, and the surgeries and the tearing part of it.’ Even if you have a pleasant birth, it’s still an overwhelming experience.... But the position that, at any point, at any time, any woman who is fertile can be required by the state to give her body over [to pregnancy] just ... boggles the mind — the limits on women’s potential.”

Bedoy interpreted the pro-choice stance: “There are two sides of this coin. There’s the ‘women don’t have resources’ aspect, which is something that we can fix. Then there’s also the more calloused view that ‘my career is more important than my child regardless of whether or not I have the resources to carry a child.’ So that’s something we can’t really speak to with more resources. It’s trying to help people realize that human life is present and valuable. That’s what Life Matters is all about: valuing all human life.”

Goodman said that, although their views differ, she has high respect for Foster and the work that she does with advocacy for women.
“I think it’s a great idea to empower women who are pregnant. One of [Foster]’s great points is that you don’t see pregnant women around campus,” Goodman said. “Well, all of us came from pregnant women; I don’t see how this is a shameful thing anymore in this day and age. Shaming a pregnancy is really bizarre and an anti-women stance.... I love the idea of women being around and being pregnant because pregnancy is so joyful when it’s chosen.”