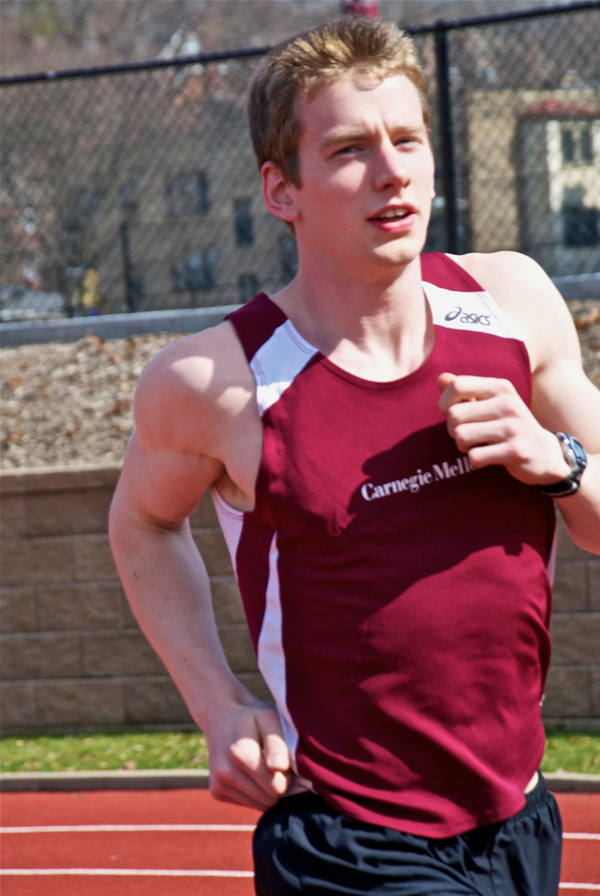 Senior John Briguglio is completing his fourth and final season on the track and field team.

Briguglio decided to attend Carnegie Mellon because of the academics and the fact that he could compete athletically as well. “Pittsburgh is a great place too,” Briguglio said.

Briguglio, a physics major, is looking to attend graduate school and earn his Ph.D. “There are a few schools in the mix currently,” he said.

Other than that, he has not planned anything beyond his graduate school decision at this point.

Briguglio’s favorite part of being on the track team is the lifestyle that comes with it.

“Track has a say in everything, from the way you eat and your weekend plans to the people you spend most of your time with. It keeps me healthy, fit, and — for better or for worse — busy.”

The most memorable moment of the season for him was the deep-dish pizza after the indoor conference championship. “It was fantastically good,” Briguglio explained.

He is looking forward to even more memorable times that he hopes will take place throughout his final outdoor track season.

Heading into the spring season, Briguglio will be with the track and field team competing against Washington and Lee University this Friday in Lexington, Va.