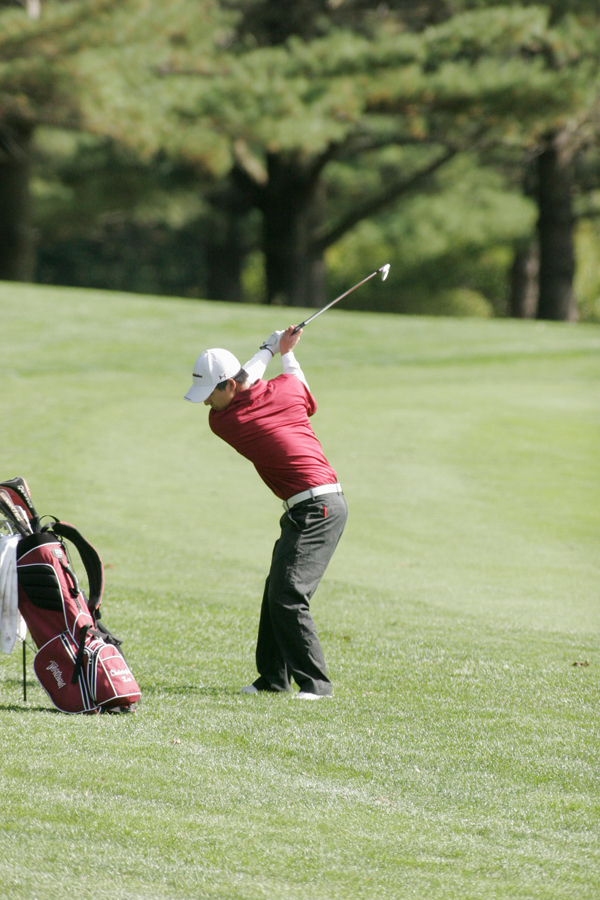 The Tartan golf team took a trip to Sorrento, Fla. this year for the UAA Championships. (credit: File Photo)

The Carnegie Mellon golf team took a trip down to Florida for spring break this year, but not for any rest or relaxation. The team traveled to Sorrento, Fla. to compete in the University Athletic Association (UAA) Championships at the Red Tail Golf Course.

The Tartans improved over last year’s fourth place finish by taking third in this year’s championship with a score of 626, edging out New York University by merely seven strokes.

Led by junior Terrence Einhorn, the Tartans found themselves in fourth place after the preliminaries, with their score of 317 just one stroke behind NYU.

Einhorn shot 77 on the 72-par course in the preliminaries, good enough for ninth individually, while junior Michael Cheng’s 78 was tied for 11th. First years Ian Bangor and Grant Strimel shot 80 and 82, respectively, and senior Brent Driscoll rounded out the Tartans’ individual performances with an 87. Einhorn improved in the finals round of the championships to once again lead the way for the Tartans, but it was the improvement from the rest of his teammates as well that allowed the team to leapfrog over NYU in the standings. Einhorn improved two strokes to a 75 to keep his ninth place finish from the previous day.

Both Cheng and Bangor improved to each shoot 77 on the course, finishing with individual standings of 12th and 14th, respectively. Driscoll and Strimer each finished with a two-day total of 167, as Driscoll improved seven strokes to shoot 80 in the finals while Strimer stroked an 85.

The golf team competed at the Jekyll Island Invitational in Jekyll Island, Ga. this past weekend. Results will be posted online.