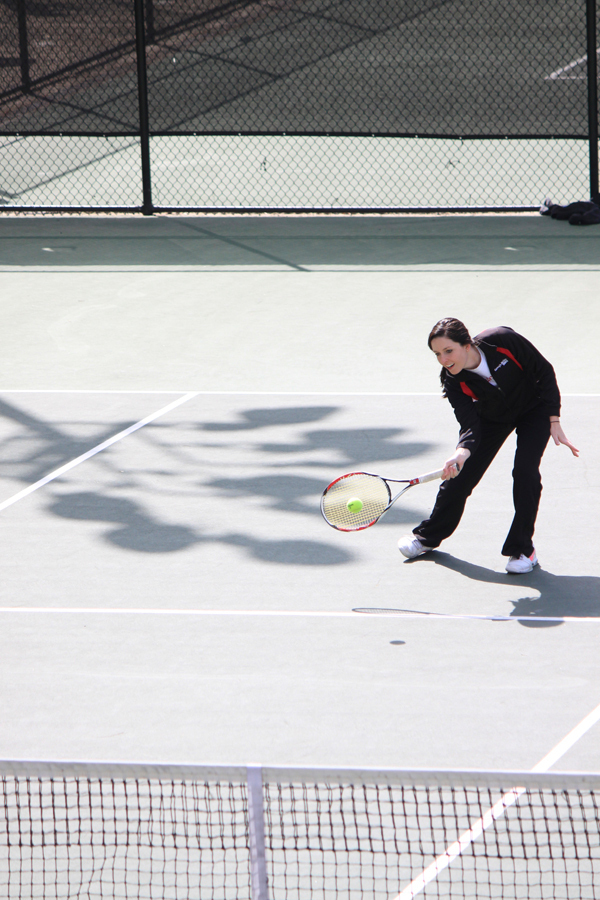 Looking to avenge their disappointing result last year, the Tartans came out strong, sweeping all three doubles points. The No. 2 team of senior Jennifer Chui and sophomore Alex Tapak grinded out a tough match, winning by one break by a score of 9–7. Just a few minutes later, the No. 3 team of senior Ashley Herrick and junior Cze-Ja Tam won in a close match by the score of 9–8, and 8–6 in the tiebreaker. With a 3–0 lead in hand, the Tartans finished off Gustavus with decisive wins at Nos. 1, 4, and 5 singles. The final score was 7–2, and the win set up a tough match with a fellow UAA opponent, the Emory Eagles.

Against Emory, the Tartans came out flat, only taking one of the three doubles points. The No. 1 team of juniors Laura Chen and Courtney Chin was able to get Carnegie Mellon on the scoreboard, winning the match 8–4.

However, Emory dominated singles play, as they took the first five matches, giving them a win and sending them to the finals. The lone singles win was notched by first-year Madison Rabson, who played a tough match, eventually winning 7–5, 6–4. This loss set up a third place match the next day against No. 5 ranked Denison University.

Once again, the Tartans went down 2–1 after doubles play. The team of Chui and Tapak captured the only doubles victory by the score of 8–5.

After putting themselves in a hole, the Tartans almost fought back, and they briefly took a 3–2 lead in the match with wins by Chen and Tapak at No. 1 and No. 3 singles, respectively. After Denison took No. 2 and No. 5 singles, the Tartans fought back once again as No. 4 singles player Cze-Ja Tam won in a three set battle. Unfortunately, the deciding match did not go in Carnegie Mellon’s favor, as Rabson lost in a three setter to send the Tartans home with a fourth place finish.