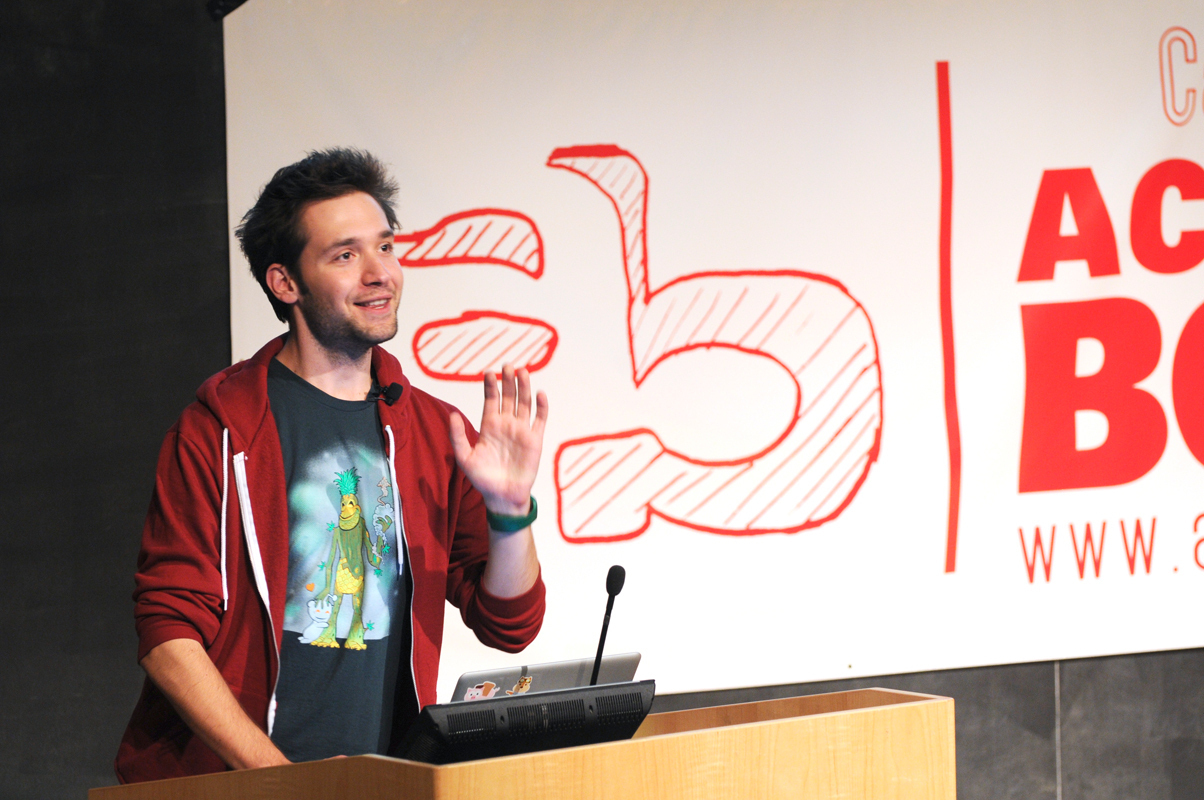 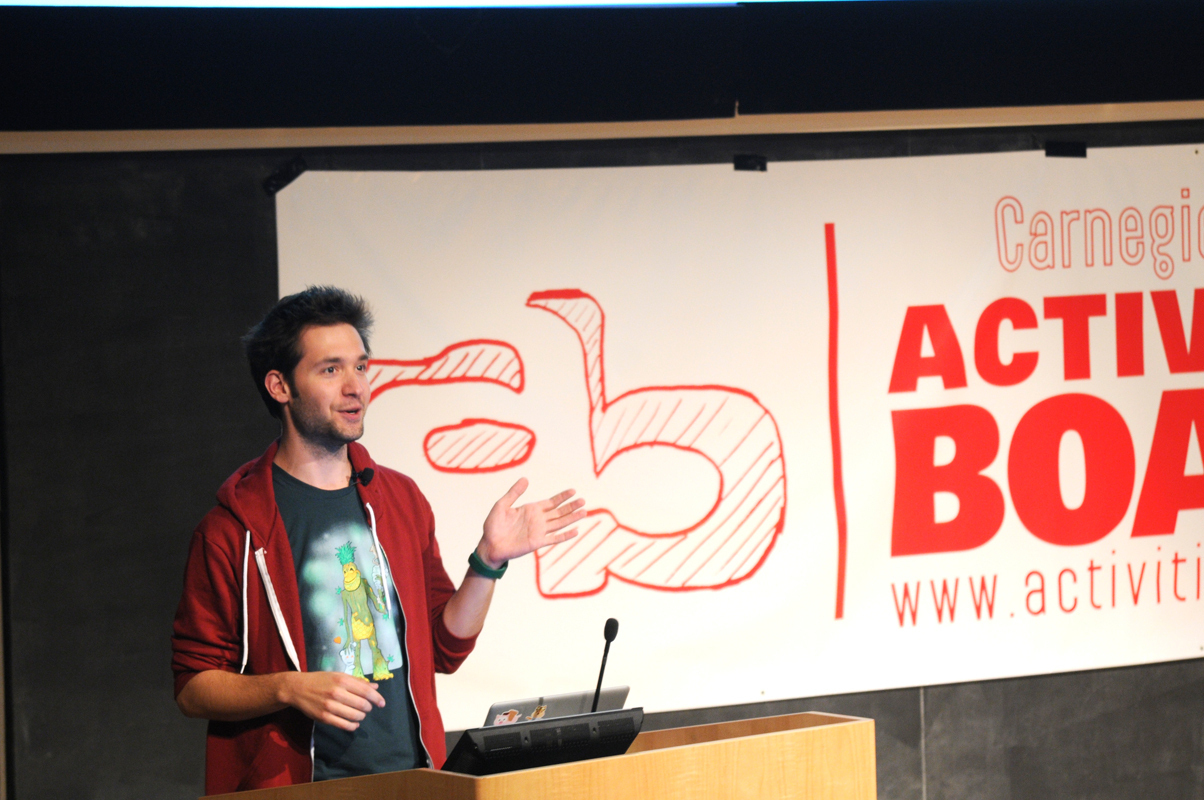 Alexis Ohanian, co-founder of the website Reddit, the travel search engine Hipmunk, and the online geek-boutique Breadpig, gave a lecture to undergraduate and graduate students in McConomy Auditorium last Monday. The event was sponsored by the Activities Board.

While Ohanian discussed some of the inner workings of Reddit’s infrastructure, the core of Ohanian’s talk was one of inspiration. The talk had students taking notes and laughing as Ohanian discussed his experience in the world of startups. As would be expected from a self-proclaimed geek, Ohanian complemented his talking points with humorous tongue-in-cheek slides of Photoshopped images of kittens, puppies, and celebrities.

The discussion started with Ohanian recounting his college years at the University of Virginia, during which he majored in history, built relationships playing video games, and aspired toward entrepreneurship. It was at this time, during his first month in the dormitories, that Ohanian met Steve Huffman. Huffman would later become not only a close friend of his, but also his partner in founding Reddit. During the talk, Ohanian explained how this bond with Huffman was critical to Reddit’s success as an online startup.

As a tech-oriented undergraduate, Ohanian admired Paul Graham, the programmer and venture capitalist behind the seed capital firm Y-Combinator. Both Ohanian and Huffman saw him as a role model. “During one spring break we heard that Paul Graham was giving a talk at Harvard on how to start a startup. Given what Graham fanboys we were, we packed our bags for Massachusetts,” Ohanian said. The talk motivated Ohanian and Huffman to partner up and try their hand at startups.

Despite Ohanian’s recent successes with Reddit, Breadpig, and Hipmunk, his experiences in the world of startups were not always so fruitful. His first attempt at a startup was a failed mobile take-out app for cell phones. Ohanian said that although he and Huffman were confident that there was an audience for their potential startup’s service, attempts at implementing their plan were deemed unfeasible by investors given the amount of time and work that cell-phone carriers and restaurants would have to do in order to effectively implement their app.

“When we received the message from Graham, we were heartbroken. That night we hit the bar. Hard,” said Ohanian.

After Ohanian recovered from the heartbreak that ensued from the rejection of his proposal, he and Huffman started anew. In 2005, after both of them graduated, the two founded Reddit.
It was at this point in the talk that Ohanian began to explain how all of his experiences were relevant to the ambitious students in the audience. He discussed the elements of successful businesses and urged students to get started with their own. According to a recent article about the company in Pop City Media, “Reddit is among the top 100 websites in the world, with 15 million visitors a month and 1 billion page views.”

Ohanian’s guiding principle was to always be concerned with “making something people want.” He stated that, as obvious as that principle might seem, it was often overlooked in the business world. Speaking in regard to the new business opportunities that the Internet created, Ohanian said, “Although anyone can put any kind of business online, only the quality sites that put the user first are the ones that survive and grow.” To illustrate this, he gave an overview of the successes of Hipmunk.

Ohanian explained that the guiding principle behind Hipmunk was “to maximize joy.” This might sound a bit strange coming from the founder of a travel search engine, but when he elaborated on the point, it became clearer to the audience. The standard model for the revenue streams of traditional search engines like Expedia is based on bombarding the user with ads at any and all possible times. Additionally, Hipmunk takes into account many factors that are often left out of the analyses of other search engines, like proximity to bars, safety, and general convenience. Ohanian claims that this kind of considerate and ultimately human design will create a loyal user base, who end up becoming repeat customers.

Zachary Wise, a junior computer science major, attended Ohanian’s lecture. “He was pretty charismatic, and he really sold the idea that founding startups is the way to go, but he never sugar-coated how incredibly difficult it is to do. No matter how much success or misery any of our startups has, he wants us to make sure what he do helps to, [in Ohanian’s words], ‘make the world suck less,’ ” said Wise, summarizing the event.

At the end of his lecture, after a question and answer session, Ohanian wanted to share his optimism for what he called “a world ruled by nerds,” and that he sincerely hoped students had pet projects that they were truly passionate about.