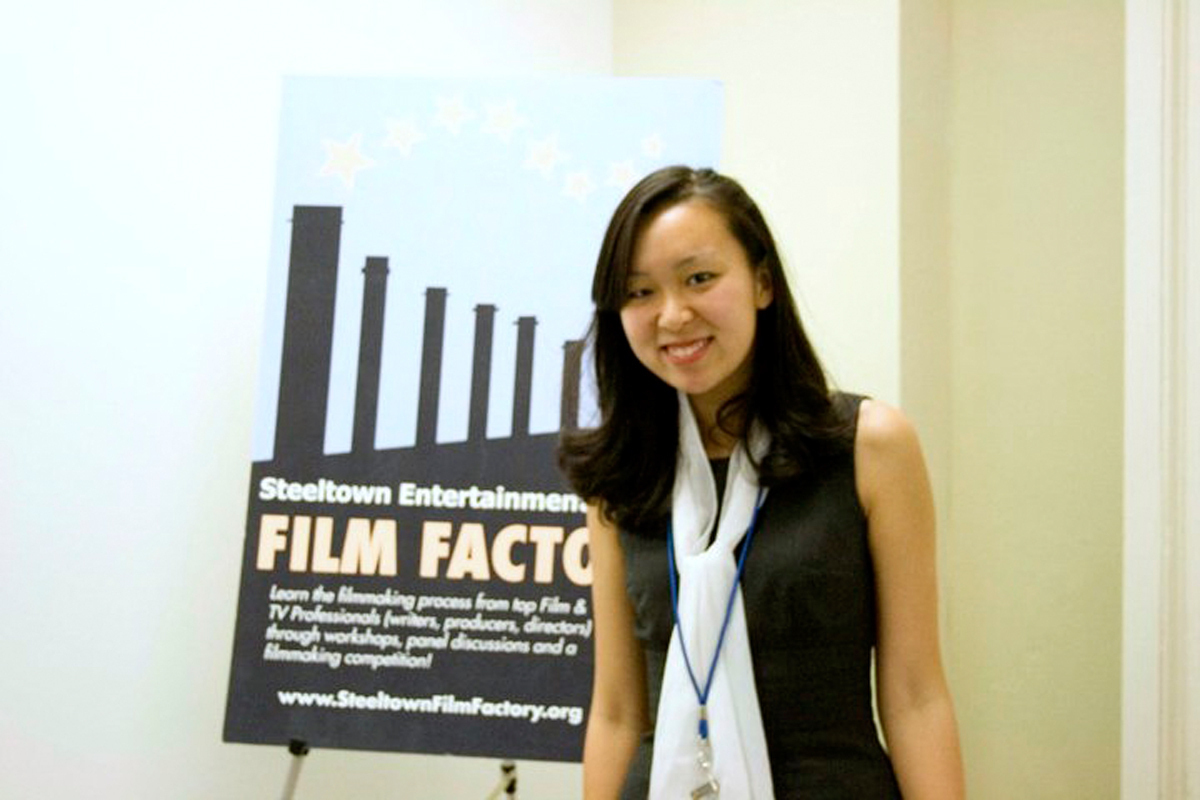 Yulin Kuang, a junior at Carnegie Mellon, is one of six finalists of the Steeltown Film Factory competition. (credit: Courtesy of Jonny Paterson)

Between Abduction being filmed here last summer and The Dark Knight Rises coming to film this summer, it’s easy to see: Pittsburgh is becoming a movie city. Some bloggers have even started referring to Pittsburgh as the Hollywood of the East. One company, the Steeltown Entertainment Project, is doing what it can to encourage this growing cinematic reputation through its Steeltown Film Factory competition.

The Steeltown Film Factory competition is a yearlong filmmaking competition where contestants submit short screenplays, which must somehow be connected to western Pennsylvania, to a panel of judges with the hopes of winning $30,000 to make their movie. This year’s competition has multiple ties to Pittsburgh: Not only are the three best scripts going to be read by Carnegie Mellon drama students at the competition’s final event on April 30, but two of the finalists have ties to Carnegie Mellon. One, Christopher Dimond, received an MFA in dramatic writing from Carnegie Mellon in 2007; the other, Yulin Kuang, is currently a junior studying social and decision sciences and English.

The Steeltown Entertainment Project was started by Carl Kurlander, a Pittsburgh native who wrote St. Elmo’s Fire and worked on Saved By the Bell. “[Kurlander] sort of realized that Pittsburgh had a lot to offer the industry,” said Jonny Paterson, a master’s student studying creative enterprise at Heinz College and an intern at Steeltown Entertainment Project. “There’s a lot of people in the diaspora of Pittsburgh who are very successful out in Hollywood and in the entertainment industry, but there’s nothing really going on Pittsburgh that’s making the most of all the talent that’s being nurtured here and that’s leaving. So Steeltown’s mission is to bring the entertainment industry back to Pittsburgh.”

The Film Factory competition works to fulfill this mission by “finding the talent that’s here in Pittsburgh and [giving] them an opportunity to have access to mentors from Hollywood and have access to funds to go away and actually make their film,” Paterson said. The competition received over 130 submissions that were then sent out to 60 different judges, almost all of whom work in the entertainment industry and have ties to Pittsburgh.

The screenplays were eventually narrowed down to a top six, which the authors then pitched to a panel of producers, including John Dellaverson (producer, Lionsgate) and Bernie Goldmann (producer, 300). They gave each author feedback in front of an audience. Despite the pressure of presenting her work onstage, “[Kuang] was the most composed of the lot, and I don’t know if that comes from being from Carnegie Mellon or comes from her being great at what she does, but she was standing up there in front of these three guys who are insanely successful out in Hollywood, and she really pitched [her story] well,” Paterson said. After that event, the six finalists were narrowed down to a top three.

Kuang, who also wrote Zombie College Musical, is by far the youngest of the three finalists. Both Dimond and Philip Beard, the third finalist, have already published musicals and novels, respectively. “She’s done really well to get to where she is,” Paterson said.

One of the advantages of the event was the feedback that the finalists received from the judges. As the authors advanced through each round of the competition, they received comments and criticisms from the judges, and were then allowed to rewrite their scripts.

At “Script to Stage: The Final Pitch,” the final event of the competition, Carnegie Mellon drama students will perform a staged reading for a panel of judges, including Kim Moses (executive producer of Ghost Whisperer) and Bob Kusbit (executive producer of MTV’s Made); after the readings, a winner will be chosen. “[Kuang’s] got every chance to win,” Paterson said.