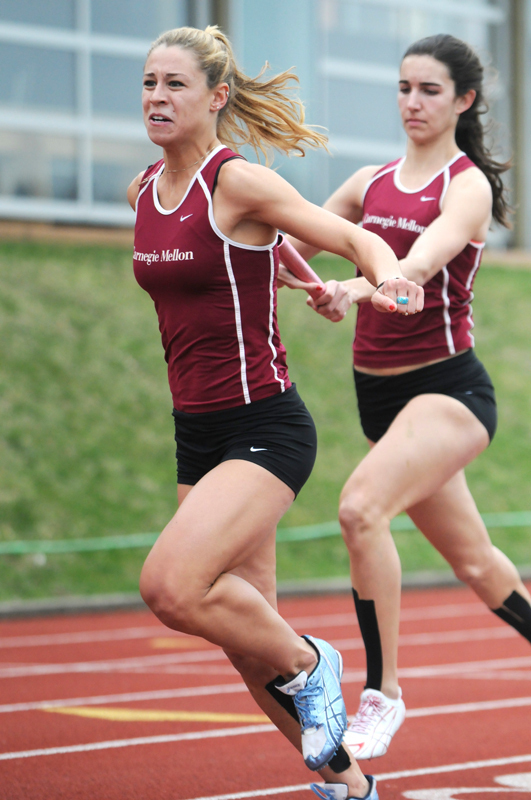 The men’s and women’s track and field team rounded out the regular season this weekend at the two-day outdoor UAA Championships, hosted by Emory University in Atlanta. The men’s team scored 107.5 points, just passing Emory’s 106 and earning Carnegie Mellon the third-place title. The women’s team came in fifth with a total score of 78 points. Washington University in St. Louis and Emory won the men’s and women’s meets, respectively.

On the men’s team, senior Dustin Musselman won the javelin with a throw of 52.71 meters. Musselman, along with first-year Tim Kikta, junior Ryan Kissell, and sophomore Noel Titus, also competed in the 4x100-meter relay. Their time of 44.10 seconds won third place and All-UAA status. The 4x800 team of junior Rob Morhard, senior John Briguglio, first-year Mike Standish, and senior Nate Bussiere also had a great performance, placing second with a time of 7:26.20.

The team’s sportsmanship during the meet was notable. “I would like to say that while our team performance was excellent this year, I was more humbled by the support that each teammate, field or track, had for each other across the two days,” Wobb said.

The Tartans will go on to compete at Allegheny College in Meadville, Pa., May 13. All qualifying Tartans will then go on to the National Championship at Ohio Wesleyan University May 26–28.