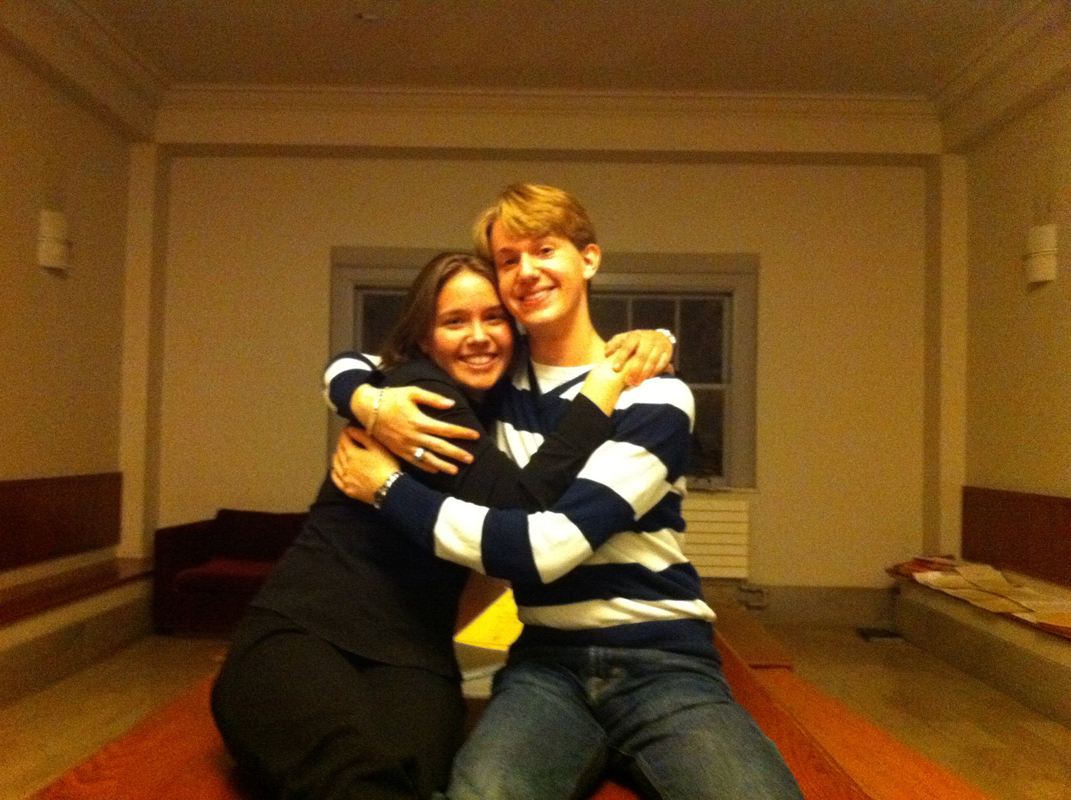 For the first 18 years of my life, I pictured college as a place where you studied one subject to the exclusion of everything else. I never expected that my social life would take up much time, or that it could affect my perception of my studies. My first semester at Carnegie Mellon went according to plan, and I spent any and all free time with other music majors, becoming painfully familiar with every practice room on the College of Fine Arts mezzanine. The way I balanced my priorities my first month in Pittsburgh, I might as well have been at a music conservatory.

For me, Orientation seemed socially overwhelming. You learn hundreds of names only to forget them seconds later, and you play icebreaker activities that echo summer camp activities of years past. But enjoy it while it lasts! Pretty soon, rather than spending your evenings talking to interesting people, you’ll be stuck in your dorm room solving problem sets.

It wasn’t until classes began that I had a chance to settle into a reasonably sized circle of friends. Some people became close to their floor-mates, while others chose to befriend classmates. In CFA especially, you’ll come to find that there’s a strong sense of community among those of the same major. After the social frenzy that is Orientation week, meeting all your colleagues in under a minute is refreshing to say the least. I found little reason to leave the building at all during my first semester, besides attending my Interpretation and Argument class and occasionally sleeping.

As a result, I managed to achieve a somewhat conservatory-esque experience. I found myself surrounded by musicians 24/7, grumbling about the coursework that wasn’t directly related to my performance major. It’s easy to forget that you can study subjects, pursue interests, or have friends outside your major when you’re constantly immersing yourself in it.

Thus, I encountered a problem. You obviously need to devote time to your coursework, but I missed out on a lot of opportunities by limiting myself so strictly. Upon leaving an environment as restrictive as high school, many students find the unlimited list of clubs and activities at Carnegie Mellon overwhelming. While this is understandable, the solution is not to decline to participate entirely. Do what you think you can handle, keeping in mind that backing out is never difficult if you find that you’ve overestimated yourself.

Carnegie Mellon offers opportunities that you could never have imagined in high school. Get a work study job, start tutoring, or join an a cappella group, Kiltie Band, or the Carnegie Mellon Philharmonic. Give Greek life a try, or — for the more adventurous — go skydiving (yes, there’s a club for that too). If you have an idea for a club that doesn’t exist, then you can always start it yourself. You’ll meet some bright and interesting people, and the more diverse their interests, the more refreshing a conversation with them can be.

I took my own advice my freshman year, and through an unexpected series of events, found myself at a KGB event one Friday night. I was the only music major present and had little in common with most of the members, but that just made the situation all the more inspirational and memorable. I met some bright and delightfully quirky people by venturing outside of my social comfort zone, and I ended up having a great time. And who knew that playing a three-hour game of Galactic Encounters with a group of strangers could be so refreshing? Had I played it safe and stuck with my music buddies, I would never have guessed.

It’s difficult to predict how you’ll change your first year. Suddenly being completely responsible for myself was difficult, especially after I hit a bump in the road. Due to a complication following knee surgery, I spent my entire freshman year getting around Pittsburgh on crutches and, for a couple of months, in a wheelchair. As a result of this unique, albeit unfortunate, experience, I gained confidence in my ability to handle any obstacle college could think to throw at me and the determination I needed to finish the year (not to mention more upper body strength than I knew what to do with).

So, for many reasons, my first year wasn’t what I expected. Instead of the classical music haven I longed for after high school, I found a diverse social experience with myriad opportunities available to almost anyone who expressed a legitimate interest. So don’t look for too specific an experience at Carnegie Mellon, and step outside of your comfort zone whenever possible. The most memorable opportunities will be the ones you never thought you would find.