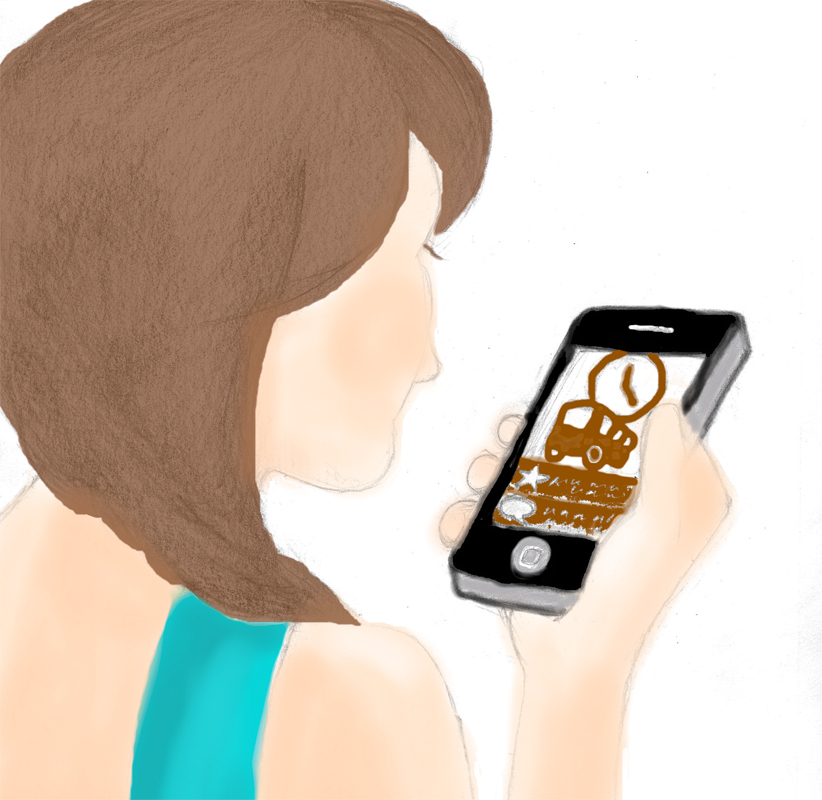 Students with iPhones have a new tool that will allow them to track the location and crowdedness of Pittsburgh city buses — in real time. The free iPhone application, called Tiramisu (Italian for “pick-me-up”), was developed by a collaborative team of researchers from Carnegie Mellon and the State University of New York (SUNY) at Buffalo. Given the Port Authority’s consistently tight budget and inability to spend millions of dollars on high-tech tracking systems for its users, this application could allow riders to avoid being passed by a full bus and left in the rain (or snow).

The application is free and operates by crowdsourcing. It requires riders to share simple pieces of information about the bus they are currently riding with a main server that distributes the information to other riders. “When a Tiramisu user gets on a bus, he or she is prompted to select the bus route they are on and the current fullness of the bus. Then the application begins collecting real-time location data for that trip via the mobile device’s location sensors,” explained Taylor Raack, a master’s student in the department of computer science and a member of Tiramisu’s development team. This real-time location data is then used to predict arrival times and crowdedness for future stops.

For bus routes that do not have any real-time user activity, Tiramisu provides the scheduled time of arrival, obtained from the transit authority. However, based on data obtained in the past, Tiramisu can also predict arrival times for routes lacking real-time activity.

“The value of our system increases with every additional transit patron who uses the application while riding a bus, so we encourage everyone who has a mobile device which can run the Tiramisu application to use it whenever they ride public transit,” Raack said.

Tiramisu was developed from research performed by the Rehabilitation Engineering Research Center on Accessible Public Transportation, a partnership organization between Carnegie Mellon and SUNY Buffalo. Researchers in the center began observing how people interacted with their transit agencies and how those interactions could have a positive effect on all riders. In the proceedings of the 2011 annual ACM SIGCHI Conference on Human Factors in Computing Systems, the researchers concluded that “participants [in a Tiramisu trial study] were successful at tracing information and at using the real-time and historic estimates to improve their commuting experience.”

Raack explained that the computing infrastructure for the app is relatively light and simple, requiring little maintenance on its machinery and allowing more time to be spent improving existing features and building new ones for the transit community. Although the app is currently only available for iPhone users, Raack said that integration of Tiramisu into the Android platform is currently in the works.

Matthew Clark, an administrative coordinator for Carnegie Mellon facilities, uses the Port Authority bus system five days a week. “I have found Port Authority to be highly resistant to change for better or worse,” he said while describing a past incident in which a proposed algorithm that would streamline routes was met with hostility. “The Tiramisu system could only benefit every rider.”

The real-time bus tracking app may be helpful to incoming students. In the midst of the Port Authority’s sizeable service cut, new students on campus will be learning to use the bus system and returning students will be trying to plan their bus travel more efficiently. Raack said, “I’m very satisfied with our product so far, and as evidenced by the number of individual bus trips which have been traced by Tiramisu — 2,145 as of [Aug. 8] — it appears to me that Pittsburgh transit riders are enjoying it as well.”