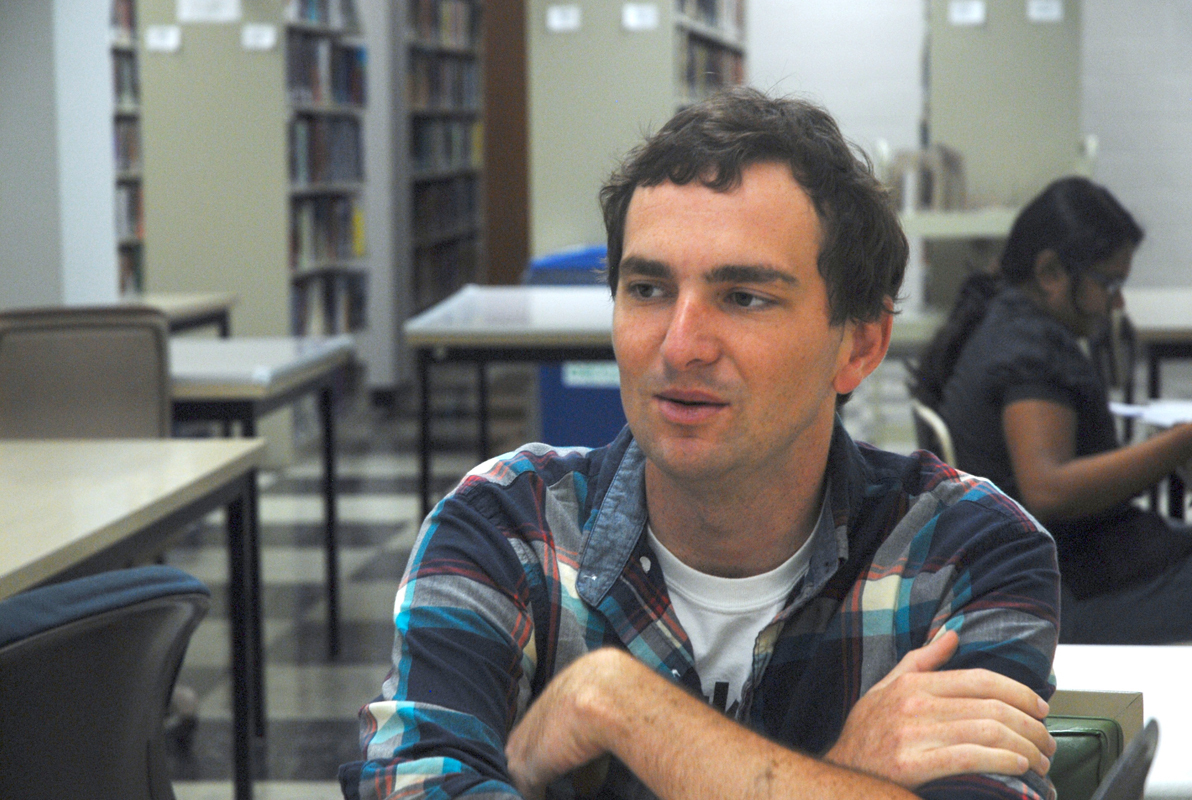 In the midst of morning gulps of coffee, rushing off to class, taking quizzes and exams, group meetings, all-nighters, and seemingly endless amounts of rain, many students at Carnegie Mellon may lose sight of the ultimate goal: obtaining a degree that will help them do what they love in the future.

Many students find that a great way to “taste-test” a prospective career is to intern. Two Carnegie Mellon juniors got an opportunity to do just that this past summer as software development interns at Rackspace. Rackspace is a web hosting firm based in San Antonio, Texas, with a focus on server stability and customer service. With about 3,000 employees and new offices emerging all over the globe, the company took the next step and started an internship program last year. After a successful cycle last summer, Rackspace looked to Carnegie Mellon for this year’s batch of interns.

Gabe Garcia, an electrical and computer engineering major from San Antonio, and Gus Ireland, a Boston native studying cognitive science and computer science, seemed to fit the bill perfectly. They had worked on coding projects before, and they were knowledgeable about general programming methodologies. The pair, along with other interns in Texas, got a chance to work on some big software projects for the company.

“[It’s] a one-size-fits-all user interface for any future application developed by Rackspace,” he said. “It was primarily done in Java, a fairly easy-to-use language.... We made a verifier ... to make sure we were getting valid [results].”

In addition, the two plowed through other types of technologies, including Git, Maven, Ruby, CSS, JSP, WADLs, XSDs, and numerous other computing- and programming-centric technologies and languages. In spite of all of this, they never felt overwhelmed. Both juniors indicated that their coworkers at Rackspace provided the instruction necessary to help them along the way.

“That was one thing they were really good about,” Garcia said. “We were all at different levels of programming expertise ... they gave us different resources and things so that we could all get up to speed.”

While interns at other large companies may often be delegated “grunt work,” Ireland pointed out that Rackspace made them feel like part of the team.

“At Rackspace, they said ‘Oh, hey, here’s a project that’s a little out there,’” Ireland said. “‘We can’t really put a full-time person on it, but because you’re an intern, spend five hours a day working on this.’ It’s a different way of looking at internships ... innovation was the big thing thrown at us.”

So what did the two think of their “taste-test” of life as Rackspace software developers? Garcia still had a few unanswered questions.

Ireland had a different outlook. “For me, it was a chance to see the business world,” he said. “As opposed to this abstract concept of getting a job, it suddenly gives me a concrete idea of what I can do after I graduate.”

But Ireland also had a few reservations, specifically regarding the prospects of another internship at Rackspace. “I want to keep on exploring, and try to find different places,” he stated. “But ... I had a really good time [there], and learned a lot about how software is designed in the real world. It was a fun experience.”