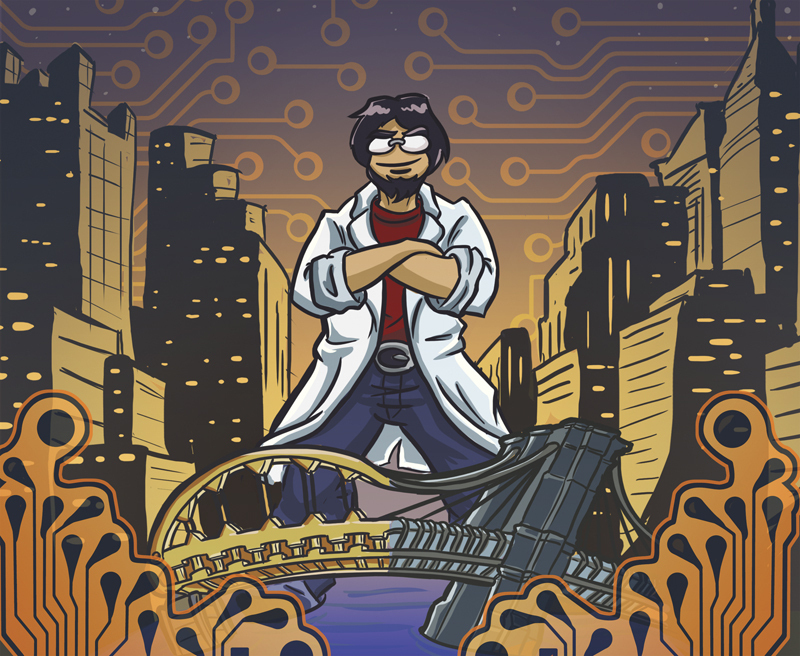 As part of their effort to rally support behind building a new applied sciences and engineering campus in Willets Point, the Coalition for Queens is now reaching out to universities that had previously expressed interest in building such a facility in New York City.

On March 17 this year, 27 institutions, including Carnegie Mellon, submitted letters to New York City in response to an announcement from the city’s Economic Development Corporation (EDC) saying that the city is prepared to offer as much $100 million to aid in the construction of a new applied sciences and engineering campus.

While the city is a leader in fields such as finance, entertainment, and art, it has relatively small tech and engineering industries compared to places like Silicon Valley.
Carnegie Mellon has thus far submitted two proposals to the EDC.

“We may have a small physical presence, but certainly not a campus,” clarified Richard McCullough, Carnegie Mellon’s vice president for research, as quoted in The Pittsburgh Post Gazette. “Our faculty would help them to get research dollars, and we would get some of those research dollars.”

In an interview with The New York Times, Douglas Steiner, chairman of the studio, explained that Carnegie Mellon’s programs in entertainment technology will complement the studio’s plans to build a new film school in the Brooklyn Navy Yard.

After reviewing all the “Expressions of Interest,” the EDC will release requests for letters, and then the interested universities will have until Oct. 28 to draft their plans for development. By the end of the year, the EDC plans to have decided on which of the proposals to fund, but in the meantime, there is still a question over where a new facility or campus should be built.

In its initial announcement, the EDC suggested Roosevelt Island, the Brooklyn Navy Yard, Governors Island, or Staten Island as potential sites, but lately, the Coalition for Queens has been building support for construction in Willets Point.

“We’ve been reaching out to community leaders and government leaders,” said Jukay Hsu, founder of the Coalition for Queens. “We also have a lot of elected officials supporting us, including the Chair of Economic Development and the Chair of Land Use on the New York City Council.”

However, in a statement published in the Whitestone Times, EDC spokesman David Lombino dismissed arguments in favor of including Queens on the list of potential sites: “We are not going to include Willets Point in the Applied Sciences RFP because it would represent a significant diversion from a great plan for affordable housing, retail and open space.”

But Hsu remains optimistic, now turning his attention to the universities themselves. “We’re now reaching out to them and saying, ‘Hey. Can you invest in Willets Point, where those who will help achieve your [goals] will be in the area,’” said Hsu. “By matching our goals to the universities’, we want to encourage them to come to Queens.”

The Coalition for Queens insists that Willets and Queens hold a number of advantages over the other potential sites. “We’re trying to build a place where we can grow a lot of companies out of, but if you look at the other sites, they’re kind of small and limited,” said Hsu.

Jack Chen, who is working with Hsu in the Coalition for Queens, also said, “If you look at the other sites, Roosevelt Island is basically owned by the state rather than the city, and is pitifully small and isolated.... The Brooklyn Navy Yard recently announced other conflicting development projects, and will probably be affected by the new Nets stadium. Governor’s Island is a primarily tourist site accessible only by ferry.”

Chen also added, “Queens has everything: space to grow, a motivated and hungry community that's a hotbed of young talent, enormous connections to foreign investment, abundant space for infrastructure, and established transportation is a major subway line, the Long Island Railroad, an airport, and dozens of bus lines.”

And although McCullough seemed to downplay the notion of an actual campus in New York, Hsu still believes that a facility will still benefit students at Carnegie Mellon. “A research facility is the next best thing to a campus.... I’m not sure what the university’s interests are, but I think that having a Carnegie Mellon facility in New York could open opportunities in finance, acting, and more,” he said.