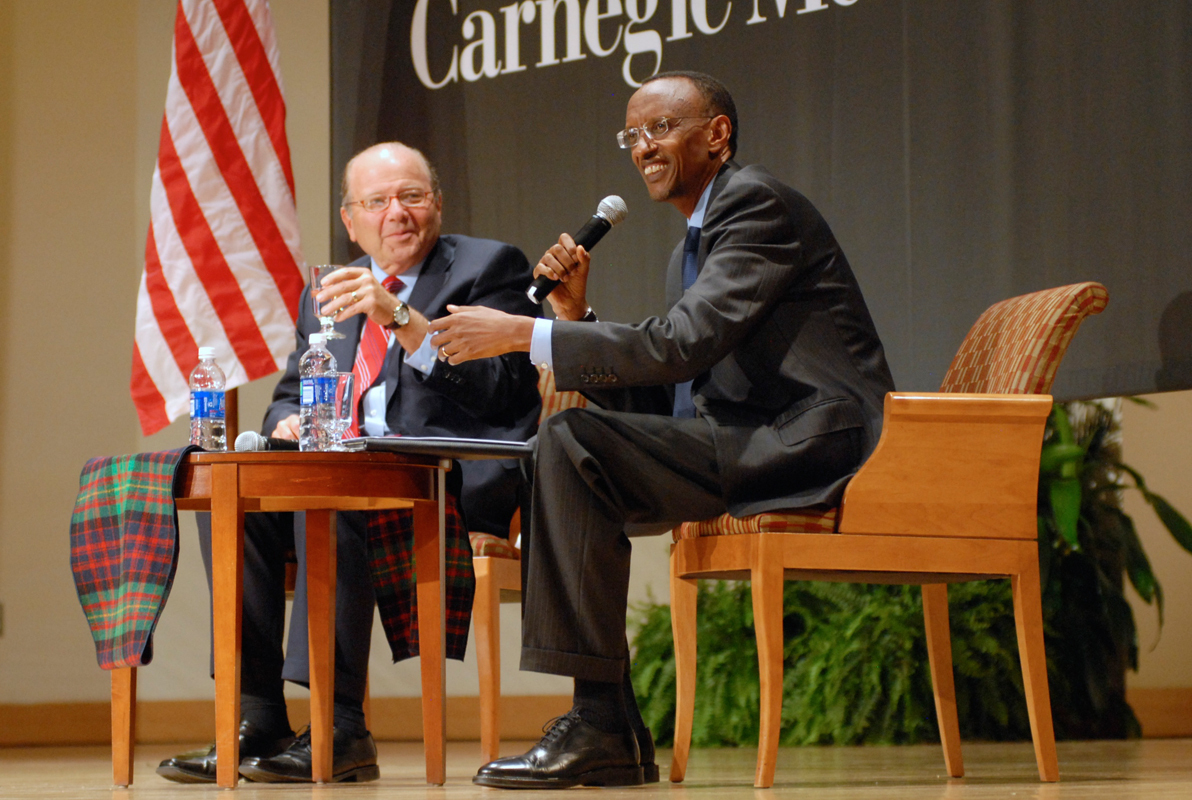 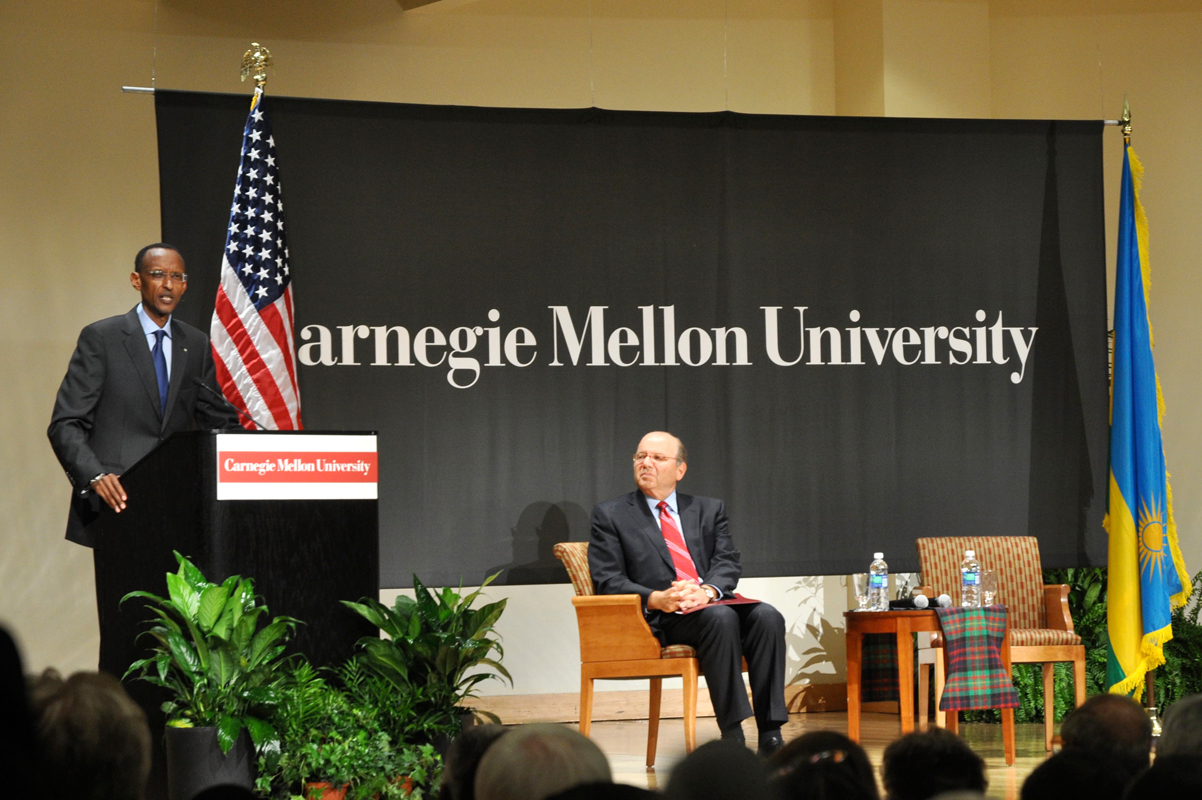 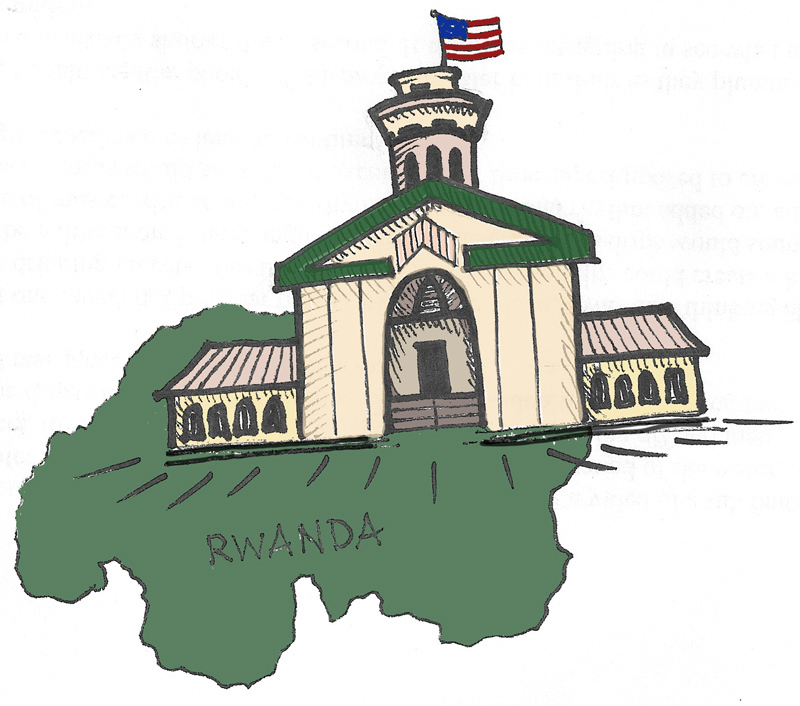 Although embroiled in controversy, Rwandan President Paul Kagame’s visit to Carnegie Mellon last Friday was a significant event, as both he and University President Jared Cohon announced the creation of a new Carnegie Mellon campus in Kigali, Rwanda.

Kagame delivered his keynote address to a packed crowd of attendees who underwent security checks that included metal detectors and pat-downs by security officials. The event, which was held in the University Center’s Rangos Hall, was hosted by Pradeep K. Khosla, the Dowd university professor and dean of the Carnegie Institute of Technology.

Kagame’s visit was not met without opposition, however. A group of protesters clustered near the bus stop on Forbes Avenue, with shouts of “Kagame! Genocidaire!” alleging Kagame’s involvement in the murders of Congolese Hutus by Rwandan military forces.

Prior to the ceremony and announcement in Rangos, The Tartan interviewed Cohon to obtain background knowledge of the partnership between Carnegie Mellon and the new program in Kigali.

Cohon noted that Rwanda’s government, recognizing Carnegie Mellon’s strengths in information systems and technology, envisioned the university as a partner in advancing its goals. He explained that Kagame had initiated the partnership himself. “Rwanda stepped forward because of President Kagame’s vision and said, ‘We want to be the center for information and communications technologies.’ And then that sent them on a path of finding a Western university, an American university to be their partner.”

Cohon said that Carnegie Mellon accepted the partnership because of the university’s need for global outreach to nations with lower levels of socioeconomic development. “Carnegie Mellon sees as part of its mission not only becoming a global university, but having global impact. Africa is a part of the world that really is in desperate need of higher education resources.” Cohon also emphasized Rwanda’s exceptional economic progress among African nations. “Rwanda stands out among African nations. It’s had a remarkable economic growth rate in the last decade or so,” he said.

When the event began, Khosla provided a short introduction and welcomed both Cohon and Kagame to the stage.

Cohon then delivered his initial address. He noted Rwanda’s remarkable economic progress and lauded Kagame for the nation’s status as a leader in information and communication technologies among African countries. He also offered praise for the nation’s resilience in the 17 years since the 1994 Rwandan genocide. Cohon noted Rwanda’s progress in many areas: greater rates of economic growth, increased access to life-saving medical treatment, and higher rates of educational attainment.

Kagame began his own address by underscoring the need for partnerships between developed Western nations and developing nations, particularly those in Africa.

“We know that despite decades of partnership between developed and developing nations, the world remains largely imbalanced in terms of socioeconomic progress,” Kagame said. “On the one hand, some nations have acquired many skills and technological capabilities to better the lives of their people. While on the other hand, you have societies that are still trapped in poverty and dealing with the most pressing development issues.”

Kagame believes that these partnerships “not only lead to innovative solutions ... [they] also power growth and facilitate greater participation in the global economy.” He explained how he believes that Rwanda will achieve innovation in information technology as well as continued economic growth and access to higher education. “Our national development agenda is focused on investing in our major indispensable resource — our people,” he explained.

The university in Kigali will be especially focused on building a knowledge-based economy and developing the necessary technological skills to power Rwanda’s economic engine. Kagame noted that the partnership between Carnegie Mellon and Rwanda signals a shift in interactions between the developed and developing world.

Kagame said, “I do believe this is evidence of a changing tide in a global partnership — one that I am happy to personally associate with.”