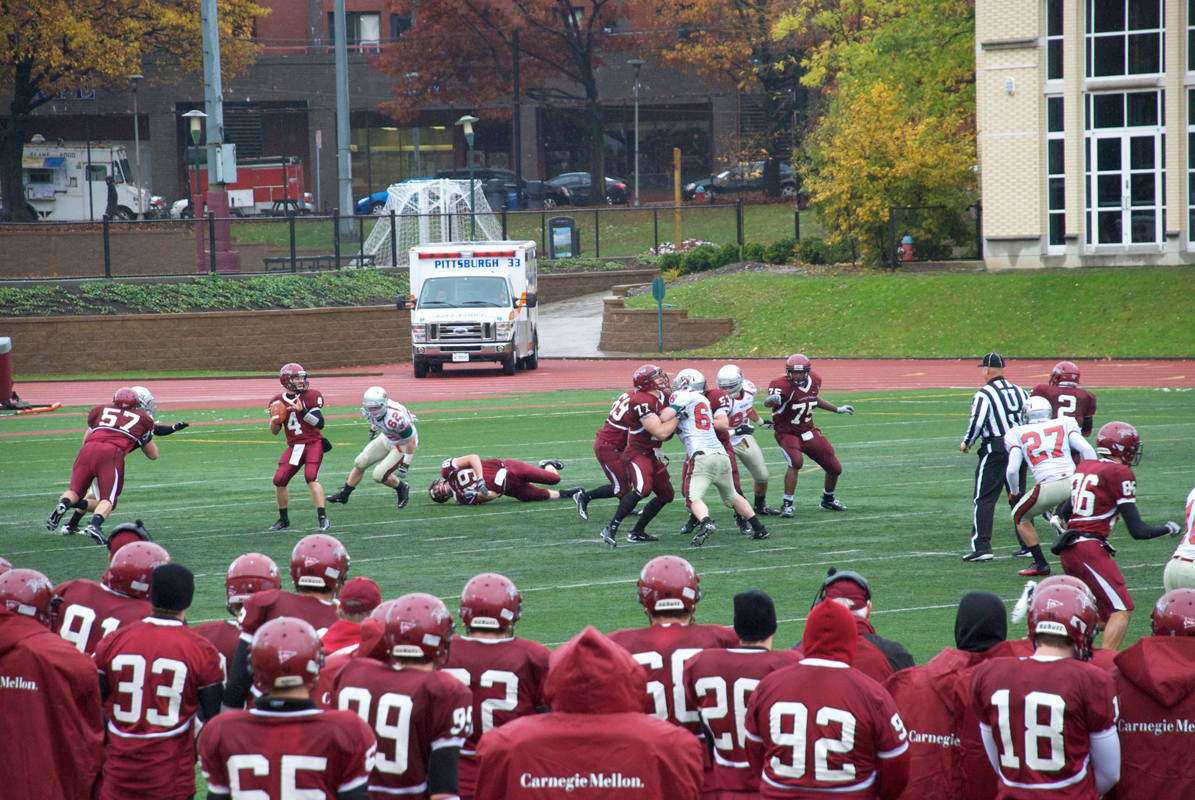 The Tartans’ defense limited the Bears’ offense to just 15 points, but their offense could not put together enough scores to capture the victory. (credit: Kelsey Scott/)

The Tartans lost a low-scoring bout in St. Louis on Saturday to the Washington University in St. Louis Bears, 25–3. The loss brings the Tartans to 5–3 on the season and the Bears to 3–5.

Despite the loss, junior wide receiver Tim Kikta moved within 63 yards of the Carnegie Mellon single-season receiving yards record. He tallied 56 receiving yards against the Bears.

“Tim is one of the hardest working guys on the team. Him and [junior quarterback] Rob [Kalkstein] worked hard all summer to establish a strong connection,” said senior running back Jake Nardone. “He’s always been a guy who worked hard for all the right reasons.”

Offensively, the Tartans struggled to get anything going all game. Kalkstein completed 16 of 30 passes for 128 yards and failed to find the end zone. Additionally, the Tartans only rushed for 98 yards, with first-year running back Troy Witt leading the way with 47 yards.

On the bright side, the Carnegie Mellon defense looked sharp, holding the Bears to just 15 points and 328 total yards. Sophomore safety Shae Sealey and senior outside linebacker Owen Parker each had an interception as well.

Unfortunately, the offense could not capitalize on the stellar defense.

The Tartans average 219.6 passing yards per game, and the run game has averaged 188.2 yards per game. But the Bears’ defense really stifled the Tartans’ offense, as their output was subpar on Saturday.

This is the Tartans’ second consecutive loss, and their third loss in their last four games after starting the season 4–0.

The Tartans look to regain momentum this Saturday in their home game against the University of Chicago.