Swimming and Diving competes in first meet of the season 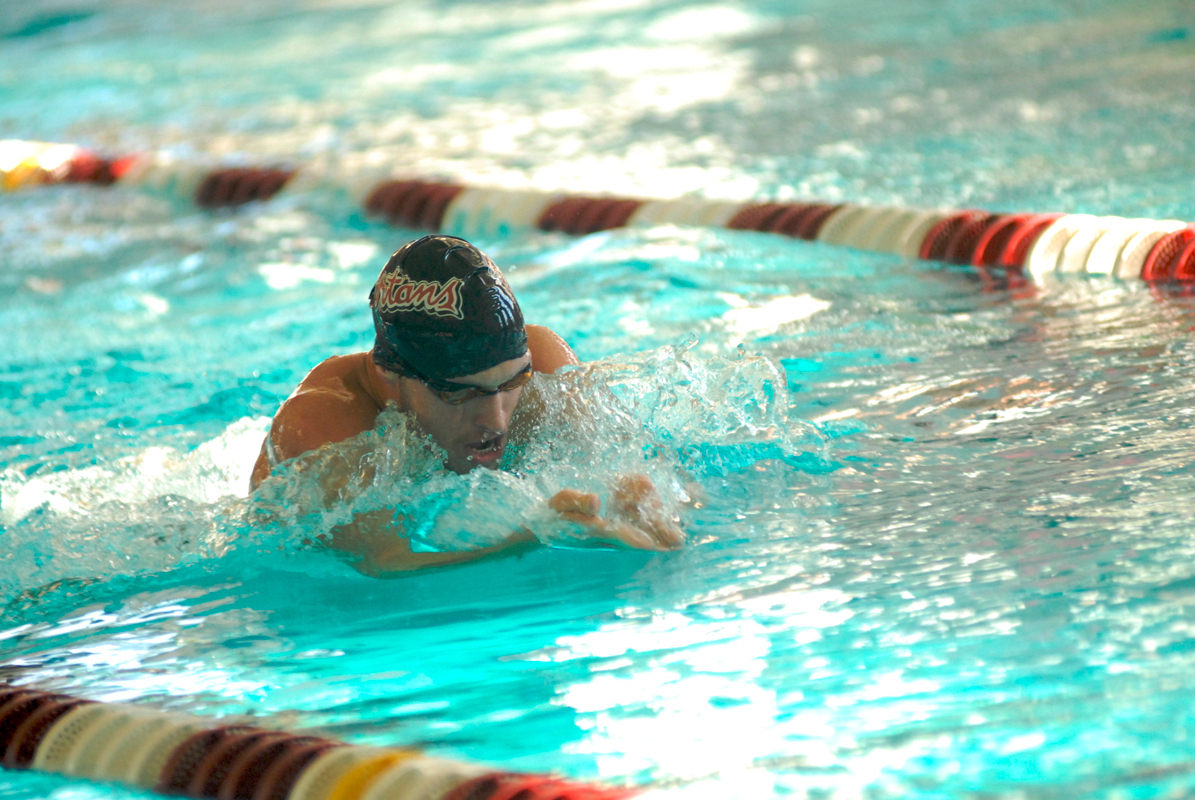 The men’s team took second and third in both the individual 100-yard and 200-yard breaststrokes. (credit: Jennifer Coloma/Operations Manager)

The men’s and women’s swimming and diving teams put together excellent performances to open their seasons. The men’s team won three of four races, and the women’s team won all four at the University Athletic Association (UAA) Invite this past Friday and Saturday.

“This weekend was a pretty good weekend, being our first meet and all. It was a long weekend and the team had somewhat of a slow start, but we were able to finish strong as a team,” sophomore Cole Um said. “Overall the meet definitely helped bring the team closer together.”

In the men’s 200-yard medley relay, sophomores Anton Razanav and Um and juniors Terrence Wong and Eddie Sears finished second with a time of 1:37.86.
Razanav also took second in the 100-meter backstroke with a time of 54.41.

The men’s swimmers were consistently top-three finishers throughout the UAA Invite. In the 500-yard freestyle the Tartans grabbed second through fifth place, with first-year Steven Geier placing second with a time of 4:49.99.

On the women’s team, junior Soleil Phan led the Tartans with three individual victories on Saturday.

Phan was also on the squad that won the 200-yard medley relay, with Singhaus, Wang, and senior Breanna Stillo.

“We had some amazing swims, and we are doing great for this point in the season, especially with a huge proportion of our team being new to the team and even new to the sport,” sophomore Wendy Liu said.

First-year Alicia Iott finished ninth for the Tartans in a diving event, scoring 134.20 points in the one-meter board event.

The men’s and women’s teams will compete again against Clarion University on Saturday at home. The meet begins at 11 a.m.