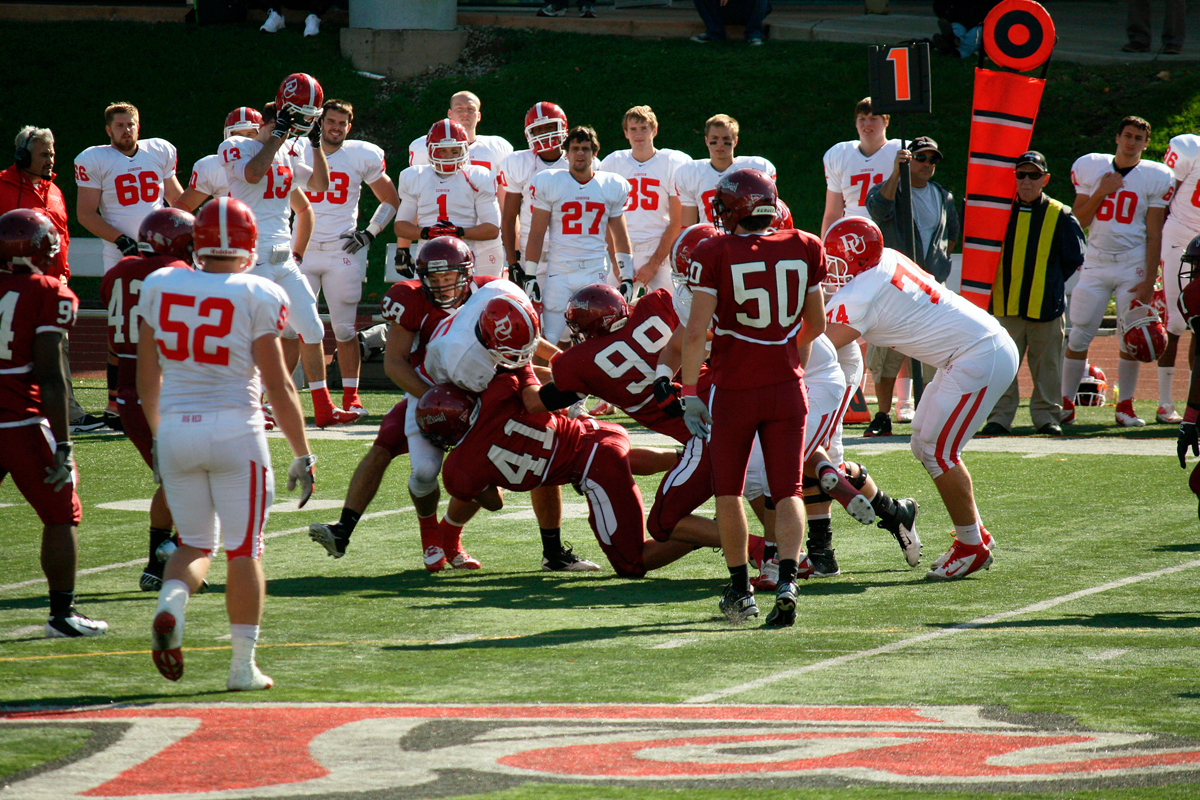 The Tartans fell short in their last game of the season, losing to a team that finished with the same record. (credit: Kelsey Scott/)

In the final regular season game of the season last Saturday, the Tartans football team fell to Case Western Reserve University in the Academic Bowl, 36–24. Despite the disappointment, junior wide receiver Tim Kikta set the Carnegie Mellon single-season record for receiving yards with 63 in the game. Kikta needed 32 yards to break the record.

After leading 24–16 at the end of the first half, the Spartans’ defense shut down the Tartans’ offense, preventing a second-half score from Carnegie Mellon.

But the first half featured some excellent Tartan offense. Senior cornerback Sam Thompson returned a punt 53 yards for a touchdown in the second quarter, his second punt return for a touchdown on the season.

Kikta led the receiving game with 63 receiving yards and a touchdown. Junior quarterback Rob Kalkstein completed 16 of 32 passes for 173 yards with a touchdown and an interception.

The Spartans stifled the Tartans’ running game, holding them to just 47 yards on the ground. Senior fullback Jared Delello scored a touchdown running the ball and finished the game with five rushes for 14 yards.

The Spartans were able to win this game with an effective running game. They found the end zone four times on the ground and ran for a total of 242 yards as a team.

“It’s never a good feeling to lose the final game of the season,” said senior running back Patrick Blanks. “However, everyone played with great passion and effort.”

With the end of the season finally here, the Tartans say goodbye to some seniors who have been key contributors to the football team over their college careers.

“I have such a close bond with all of the other seniors on the team,” Blanks said. “It’s going to be tough going forward without football, but we will always have the great memories.”