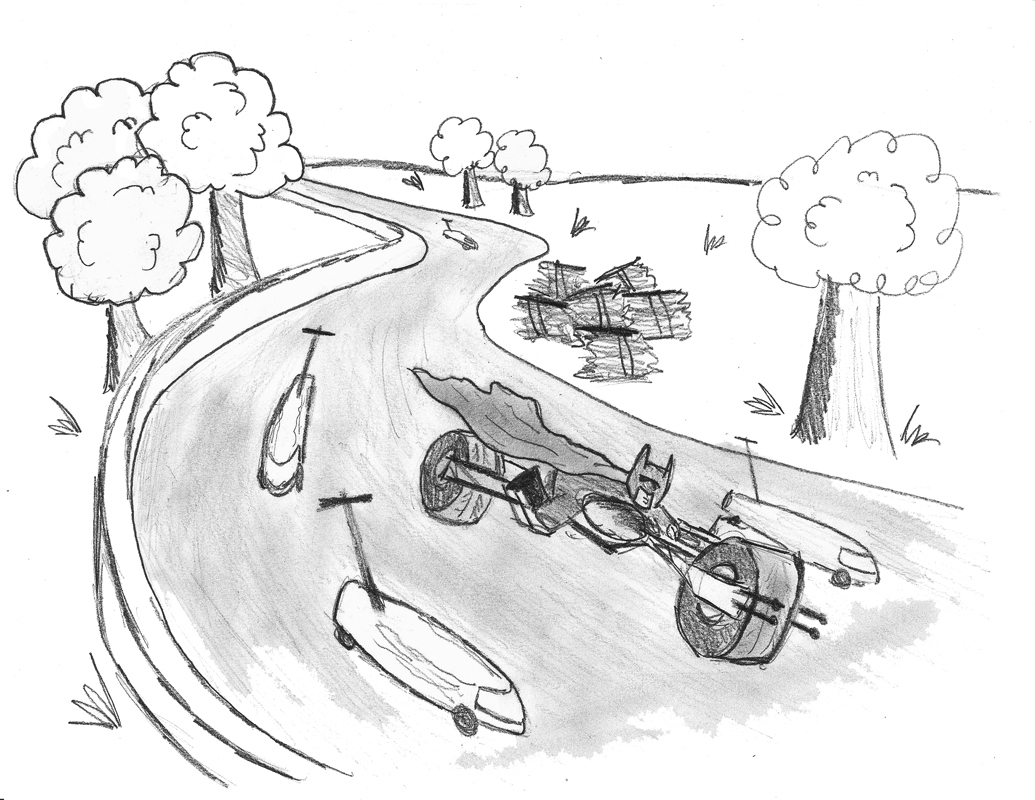 Students were delighted to find the Bat Signal shining on the side of the Purnell Center for the Arts last Wednesday and Thursday nights, signaling the beginning of AB Films’ Batman week.

In addition to everyone’s Facebook News Feeds exploding, the sudden appearance of the Bat Signal illuminated the evening of many students working hard on their assignments due before Thanksgiving break.

With students’ notoriously heavy workload bearing down on them before Thanksgiving break, the Batman-related events were a breath of fresh air. Similar to AB Special Event’s petting zoo last month, the Bat Signal and general Batman fanfare last week helped lighten the campus mood and reminded us that Carnegie Mellon is a special place.

The Bat Signal also reminded students of our own relationship to the Nolan franchise: Much of the the third film, The Dark Knight Rises, was filmed in Pittsburgh, with the climactic fight scene filmed on campus at the Mellon Institute.

On top of this, it can clearly be seen that Batman is the right superhero for Carnegie Mellon. He makes use of powerful, futuristic technology, survives on little to no sleep, and drives himself past his breaking points to do what needs to be done.

The Activities Board did an excellent job with Batman week, allowing students to see some of the best superhero movies made in recent memory and using such a creative promotion technique. It’s the little things like the Bat Signal that make life on campus dynamic and keep Carnegie Mellon interesting.

Congratulations to the Activities Board for supplying and promoting Batman week and for providing the inspiration we need and deserve.