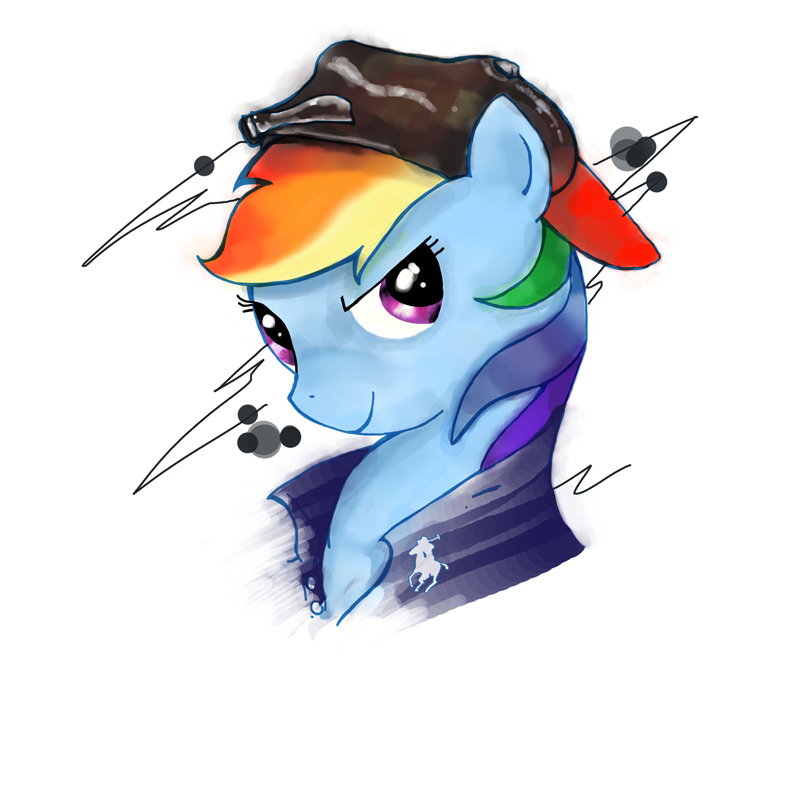 Brony culture less about ponies, more about bros (credit: Maryyann Landlord/)
Editorials featured in the Forum section are solely the opinions of their individual authors.

Although Carnegie Mellon students were probably impressed by the amazing quality of the My Little Pony: Friendship is Magic chalk drawings they saw around campus in the past weeks, they might have scratched their heads, wondering what about this show for little girls motivates adults in college to create such elaborate fan art.

My Little Pony: Friendship is Magic is a television series owned by toy company Hasbro that follows the unicorn Twilight Sparkle as she learns about friendship in the town of Ponyville. The show, based off Hasbro’s My Little Pony toy line, is currently in its third season. Although the show’s target demographic is little girls, during its first season it quickly built up a large internet fan base of adult males, who call themselves “bronies.”

What’s notable about bronies is not that they like a kid’s show, but rather the community they’ve constructed. There’s nothing unusual about adults enjoying great animation, humor, and music. However, while My Little Pony is enjoyable for all ages, it’s nothing so spectacular as to warrant such an active online community.

Rather, the brony community forms around the My Little Pony meme, which is a separate phenomenon from the show. In particular, pieces of brony fan art, unaffiliated with Hasbro or the show, become flags for bronies to rally around. The chalk drawing in particular is a good example because not only is it something to be proud of, but the collaborative nature of its creation also provides a reason for fans of the show to get together.

Viewership statistics on sites like YouTube confirm that bronies are more interested in fan-made content than they are in the show’s official spin-off content. For example, the Official My Little Pony YouTube Channel, started well before the series premiered in 2010, has 11,000 subscribers and 2 million views. It plays trailers, toy commercials, episode highlights, and behind-the-scenes features. The brony artist MandoPony’s channel started last year, well after the series premiere, and it has 31,000 subscribers, 4 million views, and plays fan music based on the show.

But even for a meme, the My Little Pony meme is unusual in its longevity and quality. Most memes only achieve such a high level of popularity for a couple of weeks before fading, and even then, fan art is typically limited to image macros and GIFs. The My Little Pony meme’s popularity stems from the fact that it’s based off a weekly show instead of a single video clip or image.

I believe the sophisticated level of artwork is much more for the survival of the meme than for celebrating the show. As I mentioned earlier, fan art defines the brony community and holds it together, but this is because bronies can’t rally around the show alone. Ever since the adult fan base began, bronies have been ridiculed for liking a show for little girls, and this ridicule has grown along with the fan base.

As much as they would like to ignore the criticism, bronies are still sensitive to this ridicule, as any normal human would be. Many fans fear that acknowledging an affection for the show, even online under an anonymous username, is like coming out of the closet.

However, acknowledging a liking for the show’s fan art seems like a safer alternative to openly watching the show itself, since any ridicule about bronies will likely be coupled with praise for the fan art. The art is a source of pride to counterbalance any shame associated with the show. Without such artwork, the My Little Pony meme would probably lose much of its viral nature, jeopardizing its survival.

The My Little Pony meme is unlikely to end any time soon. There are still 10 episodes of the show’s third season left to broadcast, and even if the show is not renewed for a fourth season, these episodes will provide inspiration for brony artists for months to come.