You can try, but you can’t secede 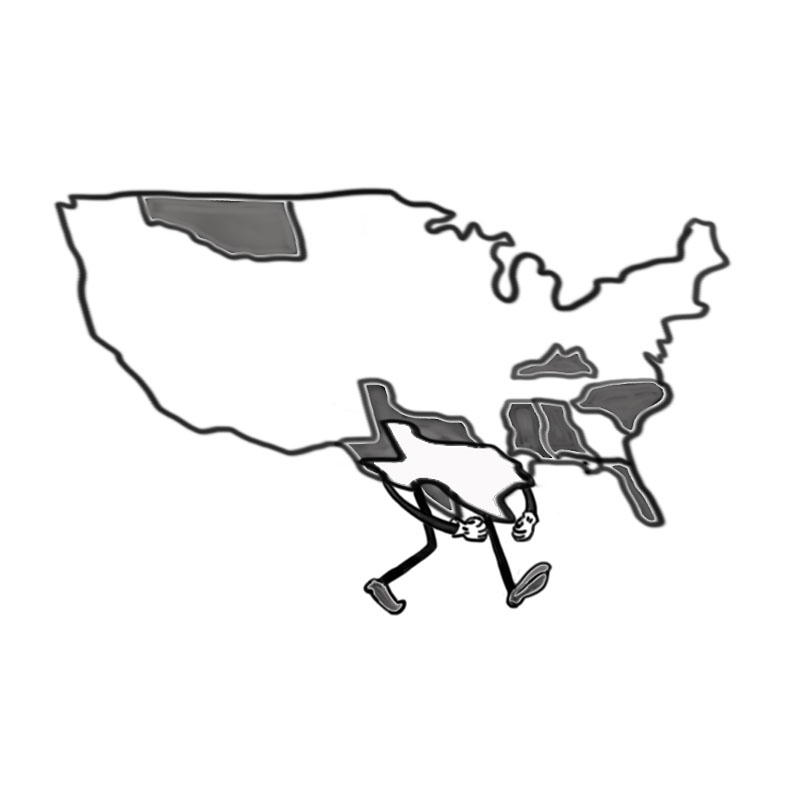 You can try, but you can’t secede (credit: Annette Ko/)
Editorials featured in the Forum section are solely the opinions of their individual authors.

Residents in over 30 states have filed online petitions last week to secede from the U.S. Most of these states are red states, but petitions have also been created for California, New York, and New Jersey.

The White House website has a section called “We the People,” through which citizens can submit their own petitions to the President.

Obviously, the signers of the petitions have not clearly thought out the implications of secession and the creation of a new country. The existing infrastructure in the U.S. does not accommodate several separate countries — think about the highways, the banking system, and the postal service.

Would these new country-states each have their own currency? What about all of the citizens that rely on federal aid, like the poor, the sick, and the elderly — would they still be covered? Could a state-turned-country quickly and efficiently resolve natural disasters? What about national security and defense? If a state were to actually secede, it’s likely that many of the state’s finances and bureaucratic structures would be thrown into complete disarray.

So given these logistical questions, the people that are threatening to secede from the Union come off as eight-year-olds threatening to run away from home.

But for a moment, let’s put aside the question of whether the states can actually secede, and ask whether or not they should.

It’s very tempting to say yes to secession. The petitions, all of which were filed a few days after Election Day, reflect a sense of civic immaturity and smug self-centeredness on the part of their signers. “I am proud to be an American, as long as I always get my way on every issue ever,” is not exactly the most patriotic statement you can make.

Elections may not always go your way, but sometimes we have to accept that fact as members of a democratic society. There will always be other elections, both on the federal and state levels, as well as other avenues to make your voice heard in government. Secession, or irrevocably cutting the ties between your state and the Union, should only be reserved for the most drastic situations in which there are no viable democratic ways to reform government.

As a nation, we’ve come a long way after two centuries. Politics may be bitter at the moment, but they have been much worse. We’ve gone through two World Wars, suffered countless national disasters, had 43 presidents, and witnessed a myriad of social and political movements throughout the years. Proposing secession after a single election that doesn’t go your way is like divorcing someone you’ve been married to for 40 years over a bad casserole dish.

Thankfully, the respective governments of the petition-filing states don’t seem to be taking the case for secession too seriously, so the possibility of another civil war is small. Still, it’s somewhat demoralizing to see that there are some people in America who would rather see the break-up of the U.S. than see their preferred candidate lose. But then again, that’s democracy: Even the worst ideas have to be heard at some point.