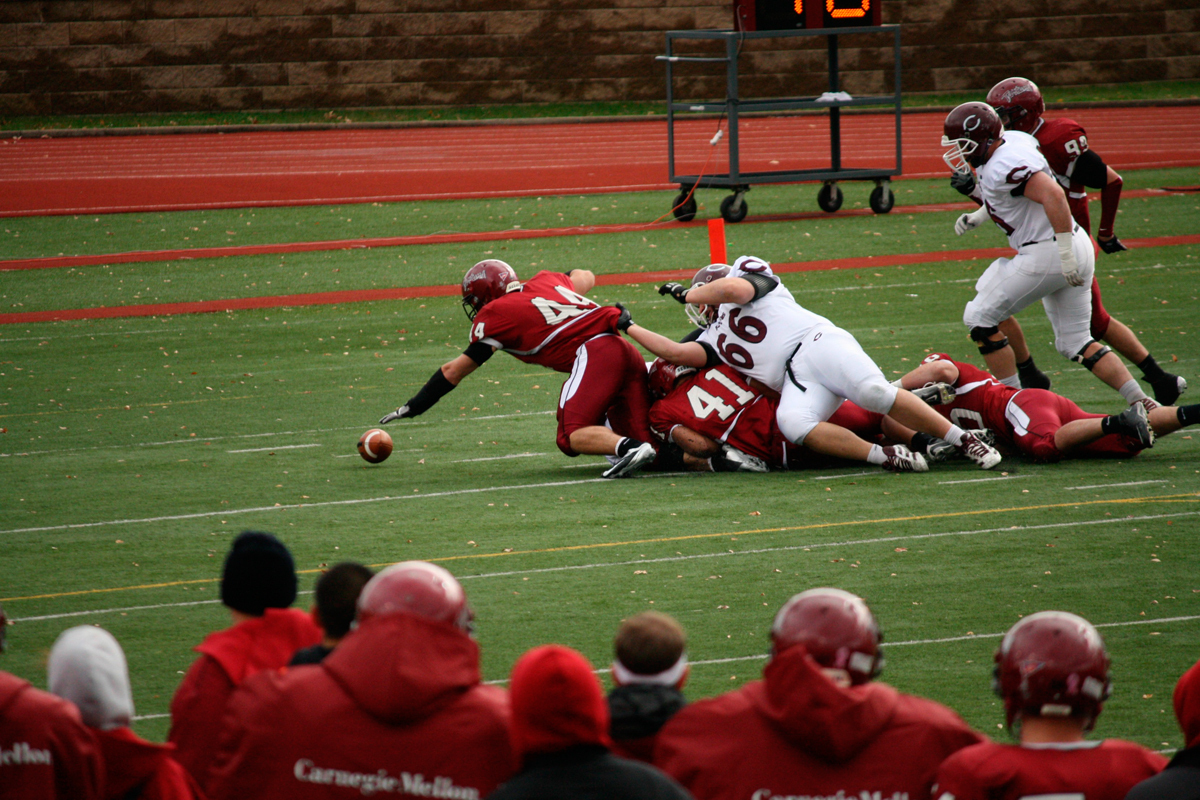 Senior outside linebacker Nick Karabin (No. 44) had 11 tackles against Waynesburg University, tied for the most in the game. (credit: File Photo by Kelsey Scott/Staff Photographer)

In the final game of the season, the Tartans took on the Waynesburg University Yellow Jackets in the Eastern College Athletic Conference Southwest Bowl on Saturday. In a closely fought game, the Tartans came up just short, losing 28–24.

“With all the injuries we’ve had at running back, we really needed a stronger passing game that we’ve had in the past. Rob stepped up,” said senior cornerback Sam Thompson.

Junior wide receiver Tim Kikta was electric in this game, averaging 30.8 yards per reception on 154 total receiving yards. Kikta had a touchdown catch as well.

Junior running back Michael Trentalange rushed seven times for 100 yards. Senior fullback Jared Delello had the only rushing touchdown in the game for the Tartans.

Senior cornerback Liam McGrath had an interception for his seventh on the season. His seventh pick ties him with Thompson last season and Andy Helms in 1991 for most interceptions in a single season.

The Tartans finished 6–5 on the season. After a 4–0 start, the Tartans began to struggle, but the hot start was enough to land them in a bowl game.

Despite the loss, many Tartan players were able to make Carnegie Mellon history in this final game.