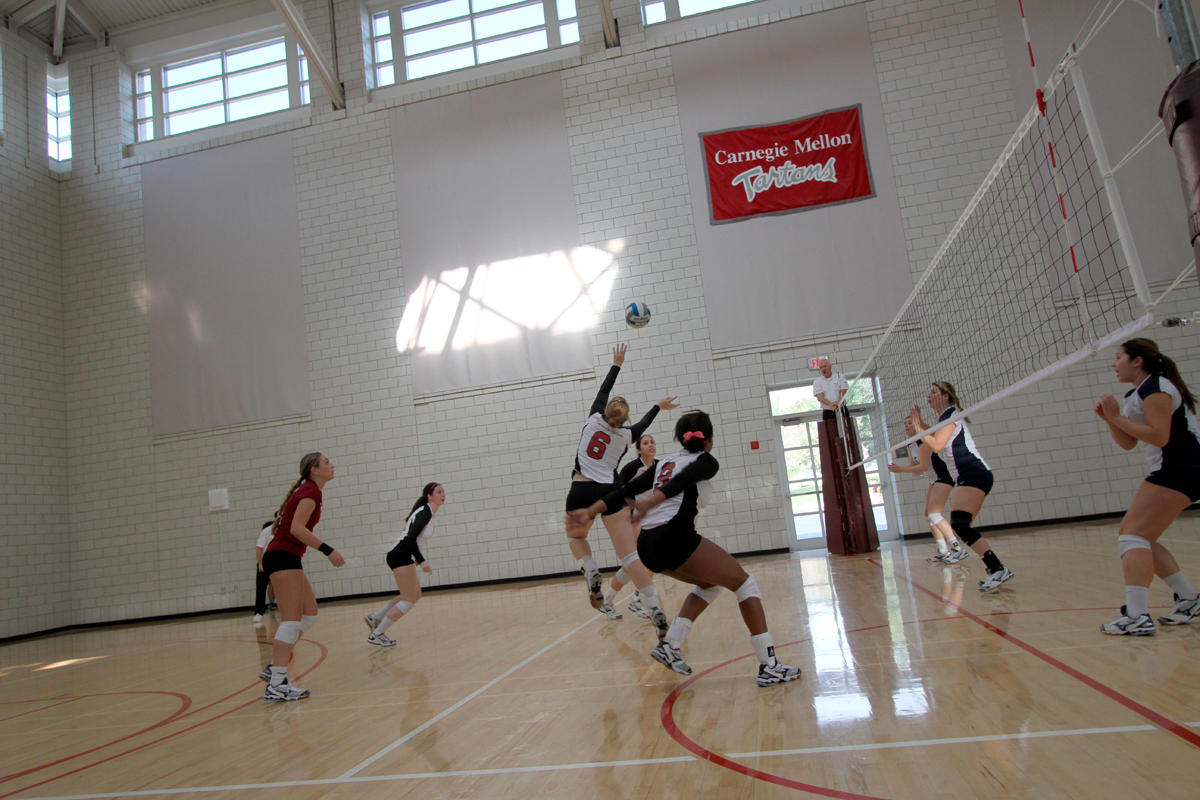 No. 6 junior setter Emily Wright sets the ball to her teammates in an effort to finish the play. (credit: File photo by Jonathan Carreon/Photo Editor)

With a 25–20 win in the fourth game, the Tartans forced a tie-breaking fifth game. But the Tartans came up short, losing that game 15–11.

The loss put the Tartans in the fifth-place consolation match on Saturday against the University of Rochester Yellowjackets.

Every game in Saturday’s match was tightly contested. The Tartans won the first match 25–22 before dropping the second one 28–26. Then they won the third game 29–27, lost the fourth 25–13, and closed out the match with the victory in game five with 15–9.

Celentano topped her performance on Friday, accumulating 36 kills in this match to lead the Tartans to their 3–2 victory. She also added 19 digs. Junior outside hitter Senna Parsa added 16 kills, and Miller had 12.
Nichols had 23 digs on the defensive end, Miller added 12, and Lawlis had 11. At the net, junior middle blocker Olivia Mora had six blocks.

“I’m proud of the team for playing their hardest, even up to the last match of the season,” said senior defensive specialist Kasey LaMothe.