The Weeknd haunts listeners with Trilogy 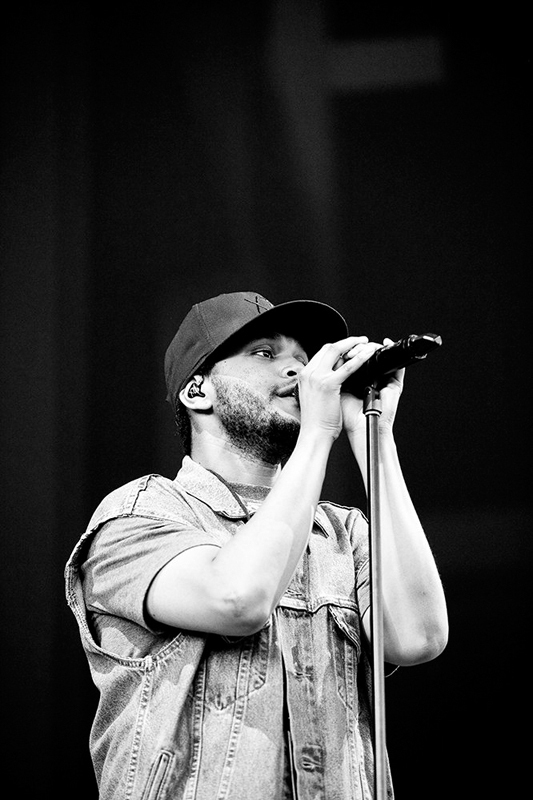 Existing fans of Canadian R&B artist The Weeknd might not be terribly excited about his November release, Trilogy. The three-disc compilation, his first release on a major record label, mostly consists of remastered versions of his three previously released mixtapes — House of Balloons from March 2011, Thursday from August 2011, and Echoes of Silence from December 2011 — with only three new songs. But for those who haven’t yet heard his music, Trilogy is a beautiful crash course in The Weeknd’s world of sex, drugs, and echoing, haunting soundscapes.

The Weeknd is 22-year-old Abel Tesfaye, a recording artist and record producer who first started gaining attention when he uploaded several songs to YouTube in early 2011. The Weeknd’s debut mixtape, House of Balloons, was released online for free and immediately garnered critical acclaim for its inventive, haunting blend of electronic, R&B, and soul genres. According to Metacritic.com, it was the third-best-reviewed album of 2011.

Like many hip-hop and R&B artists, The Weeknd’s lyrics focus almost exclusively on sex, drugs, and partying: “From the morning to the evening / Complaints from the tenants / Got the walls kickin’ like they six-months pregnant / Drinking Alizé with our cereal for breakfast / Girls calling cabs at dawn quarter to seven,” Tesfaye croons in his song “The Morning.”

Unlike most artists of those genres, though, his falsetto is accompanied by brilliantly produced soundscapes that are often as melancholy as they are sexy. The Weeknd’s songs include everything from downtempo basses, hip-hop beats, and electric guitars to synthesizers, violins, and piano chords, all of which are tightly produced to become echoing and distant.

Heartache and emptiness are also common themes for The Weeknd: “I’ll give you what you called for / Just let me get in my zone / I’ll be making love to her through you / So let me keep my eyes closed / And I won’t see a damn thing / I can’t feel a damn thing / But I’mma touch you right,” Tesfaye sings in “The Zone.” The Weeknd’s singer may love drinking, getting high, and hooking up, but his haunting music suggests that these things don’t always bring him happiness.

Clocking in at about two-and-a-half hours long, Trilogy immerses the listener in The Weeknd’s sexy, lonely world. It’s worth the purchase, even for those who have already downloaded his mixtapes: Tesfaye has remastered his old songs, and even though the differences may be subtle, Trilogy is more focused, better emphasizing The Weeknd’s unique, moody sound.

“Lonely Star” was already a compelling, tense plea: “Baby, I could be your best friend / Baby I could f*** you right / Baby you could have it all.” But in Trilogy, Tesfaye has eliminated some of the grit and heaviness, making the song fit more with The Weeknd’s despondent tone. And although his three new tracks in Trilogy — “Twenty Eight,” “Valerie,” and “Till Dawn (Here Comes The Sun)” — are far from The Weeknd’s strongest work, they’re still worth a listen. Even those who aren’t normally fans of R&B will be drawn into The Weeknd’s haunting music.