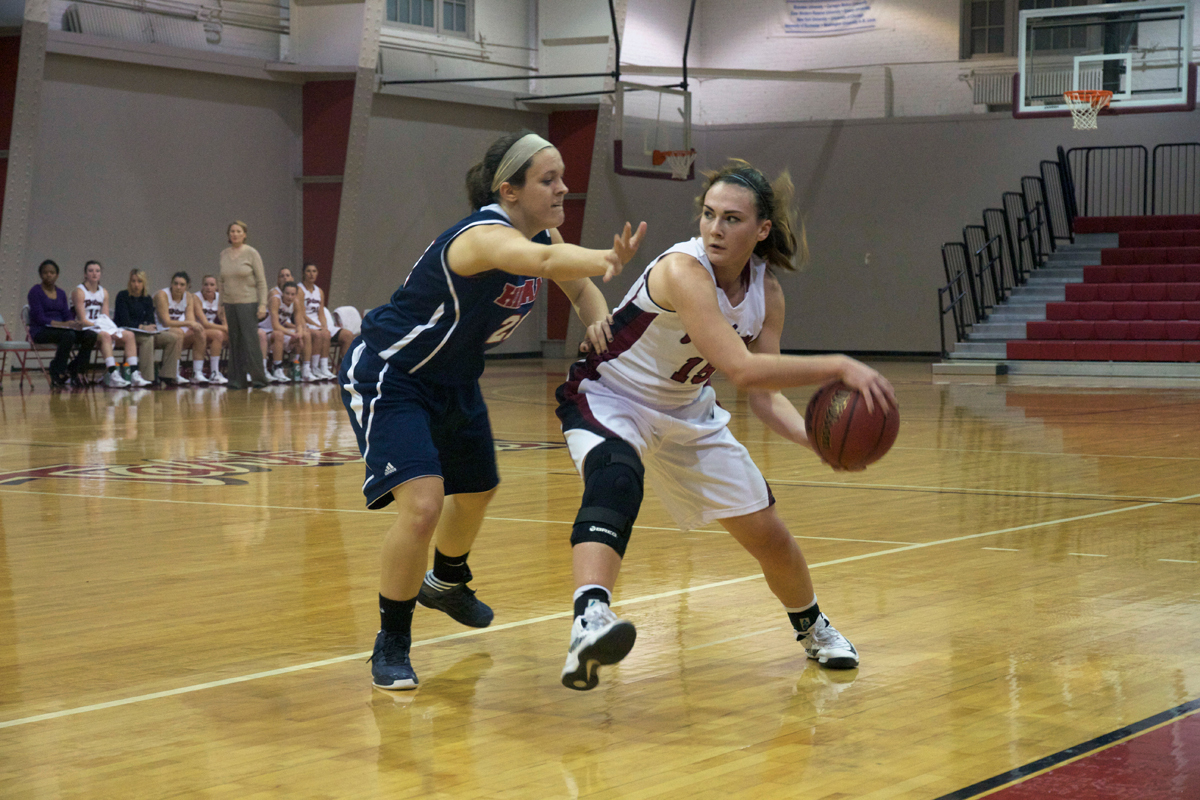 Women’s basketball had a busy week, playing three games in six days. The Tartans won two of those games and lost one.

In both victories, the Tartans held their opponents under 30 points, beating Pennsylvania State University Altoona, 88–27, and Hiram College, 61–29. The loss came at the hands of John Carroll University by a score of 70–54.

The Tartans now sit at 5–2 on this young season.

Sophomore forward Gabrielle West came off the bench to lead the team in scoring with 16 points on a nearly perfect shooting night, going six for seven from the field. First-year forward Mathea Tenwalde, also coming off the bench, added 15 points.

While the Tartans were able to rain baskets on the Nittany Lions’ defense, their defense was just as dominating.

The Tartans held Penn State Altoona to an ice-cold 17.7 percent shooting and outrebounded the Nittany Lions 45–23.

On Wednesday, the Hiram College Terriers came to Pittsburgh to face the Tartans. In similar fashion to the game against Penn State Altoona, the Tartans’ defense was suffocating.

The Terriers only scored nine points in the second half and the Tartans forced 28 turnovers, scoring 22 points off those turnovers.

“The defensive strategy is always about attacking and being aggressive in order to create opportunities offensively,” Poss said.

“Our plan was to execute the defense in such a way that maximized turnovers for the other teams,” she added.

The Tartans played at home again on Saturday, this time coming up short and ending their four-game winning streak at the hands of the John Carroll University Lobos.

Despite Peel’s 12 points on six for nine shooting and junior guard Jacquie Shaw’s well-rounded game — she contributed seven rebounds and four assists — the Tartan’s poor shooting limited any chance at a victory.

The team’s 31 percent shooting could not match up against the 43.3 percent shooting of the Lobos. The Lobos were able to shoot a high percentage because of easy baskets, scoring 10 fastbreak points to the Tartans’ two. Additionally, 24 Tartan turovers led to 26 Lobo points-off turnovers.

“The loss is a combination of factors, but can mostly be attributed to a lack of rebounding and frantic, unorganized defensive pressure,” Poss said.

On Tuesday, the Tartans will take on Allegheny College at home. Tipoff is at 6 p.m.