Public lost in Age of Information 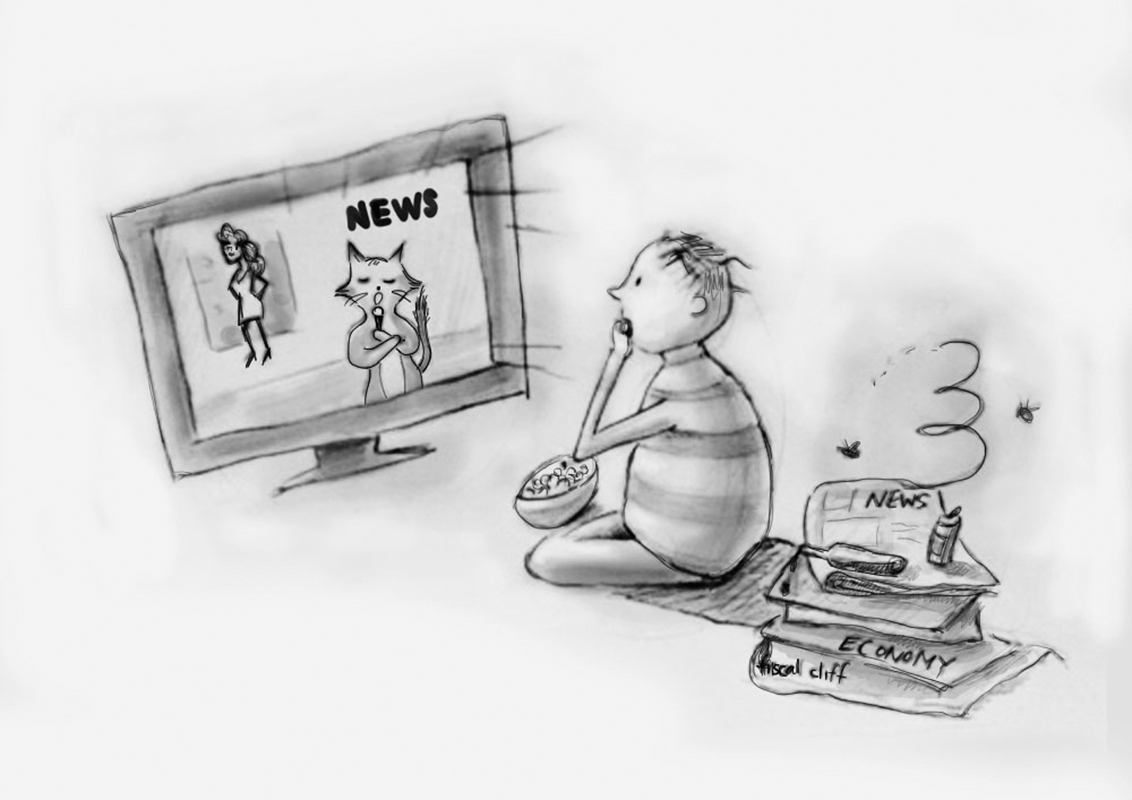 Credit: Annette Ko/Art Editor
Editorials featured in the Forum section are solely the opinions of their individual authors.

The age of information presents a strange paradox: We can know what happens on the other side of the world in a matter of minutes, but most Americans remain relatively uninformed about the world's most important issues.

In 2012, a Fairleigh Dickinson University study revealed that less than half of Americans could answer questions correctly about international news and domestic affairs. A 2009 Pew Poll revealed that the public’s ability to judge the accuracy of news stories is at a 20-year low. Despite an increase in the amount of information people can access, the public is still uninformed. Even worse, the institutions informing the public seem to have degraded.

In the past, when there was a limited number of media sources, people put their confidence in a few large news companies. These companies, who could depend on a steady stream of differing views, were invested in informing Americans and greatly valued the quality of their own reporting. Due to explosive growth in communications technology, however, people now have vast amounts of information at their fingertips.
The Information Age has not only changed the nature of the American news media, but also of the American viewer. Because of the great number of news sources that have cropped up, people can pick and choose where they get their information. Naturally, they pick the most entertaining sources.

As a result, news sources today compete for views and advertisement revenue by catering to what people want to see, rather than what they need to see. Investigative journalism has become time consuming and costly in an age where the national attention has been enthralled by instantaneous blogging and Twitter. News sources focus on making news entertaining rather than informative through sensationalist reporting, celebrity gossip, or vociferous media personalities.

In that same vein, news stations targeting a specific demographic, such as FOX and MSNBC, have also been on the rise. Though these sources are very profitable, they are undoubtedly biased and are often less informative than more objective news sources, according to the Fairleigh Dickinson study. Of course, there are also relatively accurate, news-focused sources out there, such as NPR, the BBC, and C-SPAN, but they do not receive the national attention that their more gimmicky counterparts do.

The real problem lies in the fact that the Age of Information, although it has done much good, has also allowed news sources to indulge in entertainment and frivolity, distracting them and their audience from the issues that matter. To make America more informed, we have to change the people, not the technology.