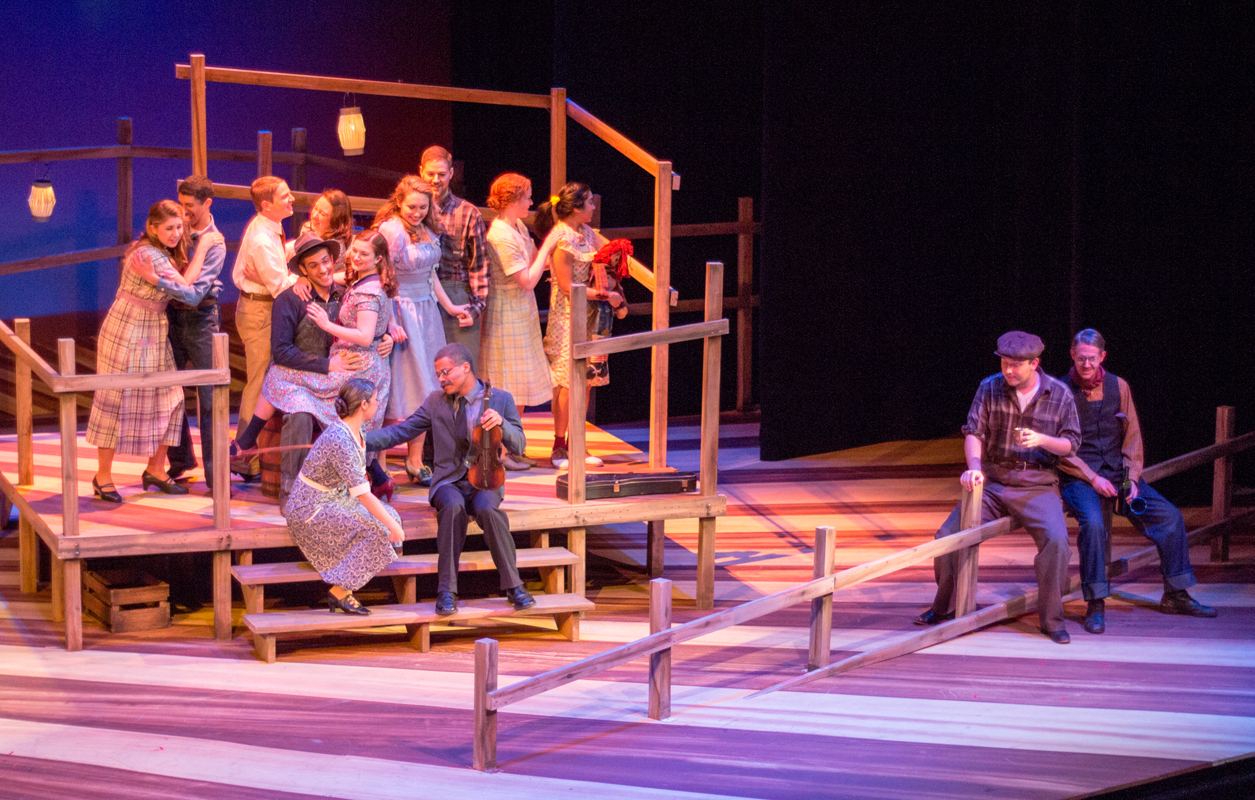 Opera has traditionally been perceived as the land of fat ladies in Viking helmets, passionate love affairs, and duels to the death. It’s not a medium that often brings to mind farmers in the American Midwest during the ’30s.

Last week, the Carnegie Mellon School of Music put on a production of Aaron Copland’s The Tender Land, an American opera about a Great Depression-era family, and its broken hopes and future dreams. The opera focuses on the conflict between Laurie Moss, a young woman who wants to see the world and be free of her overprotective family, and her mother and grandfather, who have provided for Laurie over the years and only wish to guarantee her a bright and successful future.

At the front and center of the production is the music. Copland, who was known later in life as the Dean of American Composers, was influential in creating a distinctly modern, American style of composition. The music of The Tender Land, though not as complex as some other works, is nonetheless deeply moving. The music spans a range of emotions, including hope, uneasiness, and playfulness, and at times includes a touch of folk sensibility.

The production quality of Friday night’s performance was very high. The staging was relatively minimalist, with fences rising and sinking into the “ground” like hills. Behind it all was a huge backdrop — a vast pool of color to mimic the endless Midwestern skies — which changed colors in response to the mood of the story.

One of the more interesting aspects of this production was that the actors, who were all School of Music students, had to play characters of drastically different ages. These characters range from an eight-year-old girl to a grandfather aged 60 or older. But the performers handled their roles well and were very believable in their parts.

The stand-out performances of Friday’s show were junior voice major Francesca Bonadonna as Ma Moss and junior psychology and voice double major Chelsea Ritenour as Laurie. Both were very sympathetic in their roles despite being at odds for the majority of the story, and at the end, when they part ways, there was a genuine sense of sadness.

“[Ma’s] a very strong character,” Bonadonna said on her role as Ma Moss. “She has a rough relationship with her oldest daughter. She tries to be sympathetic but it’s hard for her, because her daughter wants to leave the farm and their home. At the end it’s heartbreaking for her to watch her daughter walk away.”

The opera’s only flaw was that the storyline felt rushed. The majority of the opera takes place over the span of a single day, and it would have made more sense if stretched out over a longer period of time. The leading couple literally meet and decide to elope within 24 hours. It feels as if the viewer is given a bare skeleton of the story without enough details to fill it out.

The opera would have been better if it had allowed the characters to develop more over time and had shown more of the family’s backstory and struggles. Still, the bare essence of the plot is very strong. Full of promises that are made and broken, it’s a heartfelt tale about family, love, and freedom that could have delivered spectacularly if it had fleshed out more.

Overall, The Tender Land is a slightly flawed but a very beautiful and heartfelt opera. The staging was beautiful; the cast was charming, talented, and colorful; and the opera itself very acutely reflects the mood of the ’30s, an era during which much was uncertain and unpredictable, but people nonetheless managed to stay together and hope for the future.

Bonadonna touched on this sense of hope that resonated at the end of the opera: “I really like the last song I sing,” she said. “It’s about this optimistic view; even though [Ma Ross’] daughter’s left, there’s still hope left out there; she’s still got another daughter. It’s an introspective song; she’s going to move on with her life, and her daughter’s going to do what she wants to do.”