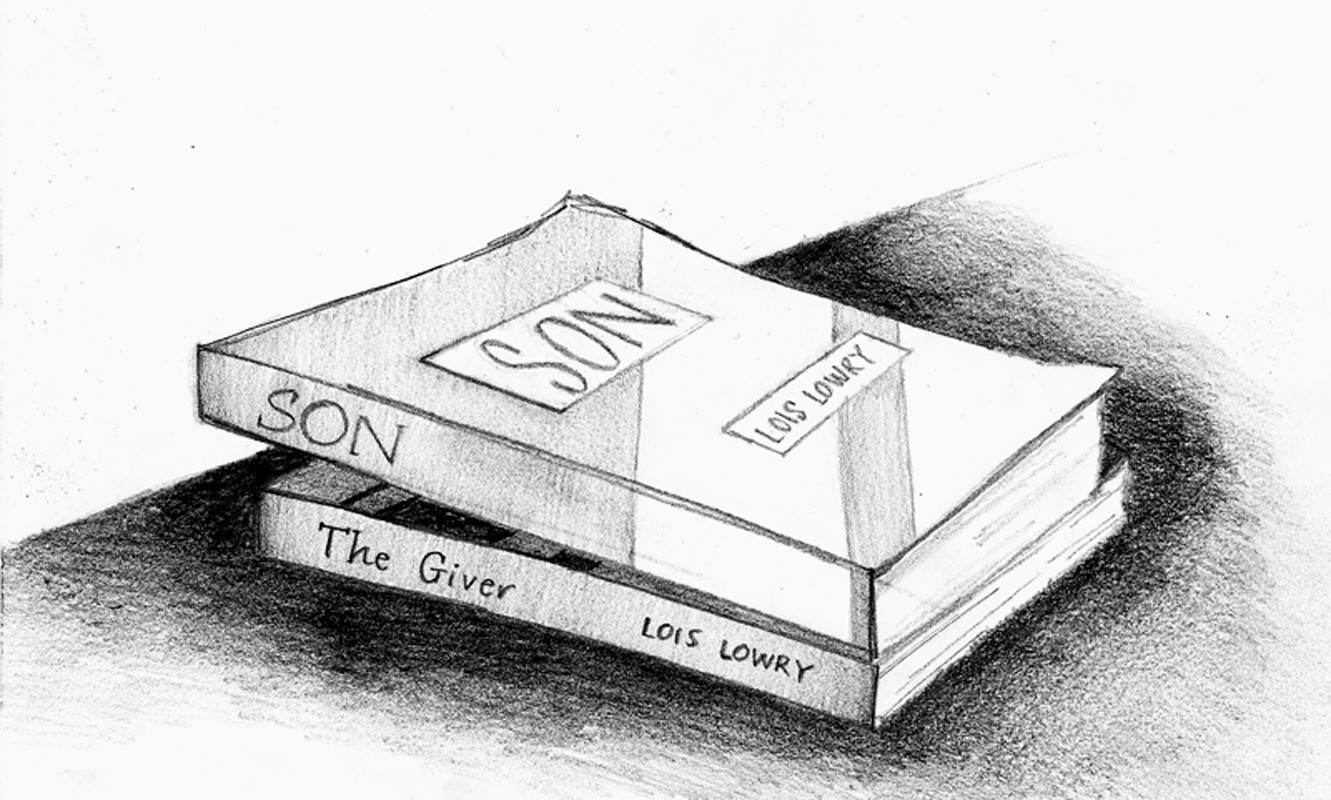 Son, the final installment in the quartet of novels that author Lois Lowry began with the Newbery Award-winning The Giver, should really be two books. It tries to tell two stories. The first story is as beautifully executed as one would expect from Lowry, but it is cut unsatisfyingly short to make room for the second, which is too thin and rushed to make much of an impact.

The first two-thirds of Son follows Claire, a 14-year-old Birthmother from the dystopian community first described in The Giver. Birthmothers are assigned by community elders from a young age to bear the children of the community. After one difficult and traumatic birth, Claire is decommissioned and sent to work in a fish hatchery. In the bureaucratic snafu that follows, the leaders of the community forget to give her the emotion-sapping pills that the rest of the community receives. They also accidentally reveal to Claire the identity of her son: Gabe, the child whose imminent death sets into motion the climax of The Giver.

Alone, struggling to come to terms with her overwhelming loss and awakening passions in a community that neither feels nor understands either, Claire comes to a decision. Her son is more important than anything else. When Jonas, the protagonist of The Giver, steals Gabe from the community to save his life, Claire escapes as well, setting out on a journey to find him.

Lowry is a mother herself, and one who has lost a child, so it’s not surprising that Claire’s story is some of the best emotional writing in The Giver quartet. The narrative positively aches for its protagonist. Claire’s slow transition from confused, heartbroken child to capable, determined woman feels as important and absorbing as anything that happened to Lowry’s other protagonists. For 260 pages, the reader lives and dies with Claire’s hope of reuniting with her son.

That’s why it’s so frustrating when, two-thirds of the way through the novel, Lowry largely abandons Claire’s story to focus on Gabe. The moment that Claire first lays eyes on her grown son is narrated briefly, and only as a recollection after many years. The moment that Claire first speaks to Gabe is similarly rushed, and is not even told from her perspective. After a novel’s worth of anticipation, a combined three pages of reunion just isn’t enough.

Gabe’s story contributes to the dissatisfaction. Gabe has grown up in the utopic Village that provided the setting for Messenger. He’s never known pain, fear, or hunger. He’s been loved and cared for his entire life. But he is also an orphan almost entirely disconnected from his past, and he yearns for a sense of real belonging. He has decided to leave the Village in search of his history.

Given the space of an entire novel, Gabe’s story could be interesting — but squeezed into the last third of Son, it doesn’t work. The reader hardly has time to learn, let alone care, about Gabe’s problems before they are resolved. As soon as Gabe meets his mother, he receives the love and belonging he desires and no longer feels any need to search for his past — even though he exchanges only two words with Claire. Lowry reduces a relationship that is complicated, painful, and ultimately deeply rewarding into a few pages of Gabe sitting at the unconscious Claire’s bedside. Neither Gabe’s story nor Claire’s is well served by the resolution.

The switch in focus from Claire to Gabe also signals a switch in tone. While Claire’s section of the book is more or less a realistic take on a personal struggle in a dystopian future, Gabe’s section turns into a kind of high-minded allegory about the nature of evil. After meeting his mother, Gabe confronts the Trademaster — a man explicitly stated to be the physical incarnation of evil — who forced Claire to make a fatal trade in order to meet her son.

Both realism and allegory have a history in The Giver quartet. The Giver and Gathering Blue tell slightly mystical but essentially grounded stories about hidden evil and the sacrifice of freedom for security. Messenger features the Trademaster in the background, as the driving force for a more detached allegory about the ways that people who have escaped tyranny and oppression can, with time and selfishness, become tyrants and oppressors themselves. Son tries to have it both ways and fails. After 260 pages of realism, 30 pages of metaphor — because Gabe’s fight against the Trademaster, from the moment he learns of his existence to the moment he defeats him, takes only 30 pages — do not feel deep or meaningful. They feel sudden, silly, and easy.

That’s the real problem with the ending of Son: It’s all too easy. Gabe’s emotional entanglement is erased by a deathbed visit to a woman he’s never met. Claire’s imminent death is easily reversed by the defeat of one man. Even this defeat is too easy; Gabe vanquishes the physical manifestation of evil by giving him examples of a few people who have remained good all their lives. That’s it. That’s all it takes to kill evil. Gabe doesn’t even have to work very hard. The Trademaster offers him a few trades, but nothing that Gabe really wants. He’s never tempted at all. In order to defeat evil, Gabe has to overcome nothing but a wild river and a little bit of fear.

Mostly, though, the metaphor itself is too easy. The world of Son is a world full of deep, complex, societal evil. This is a world where 14-year-olds are forced to give birth in darkness, and are never allowed to know their children. This is a world where a father can neglect, abuse, and rape his son without repercussion. This is a world where communities kill colicky babies and drug the love and passion out of their populations — and evil is a man whispering in your ear for a trade? Evil can be defeated and utopia protected in a few minutes by a boy who’s never known hardship at all? Is the evil of this world so small that it can be vanquished without sacrifice? No metaphor is worth that trade.