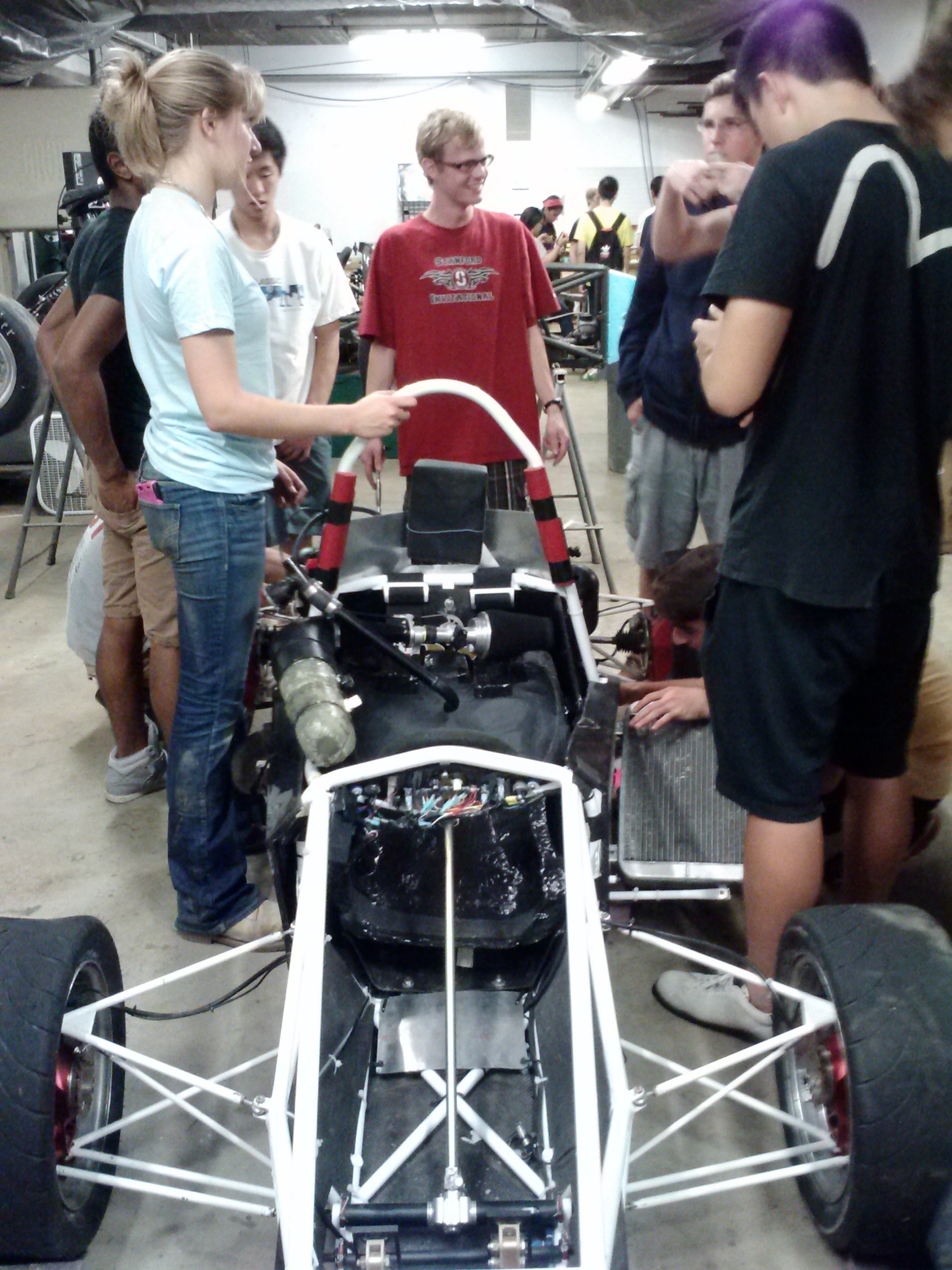 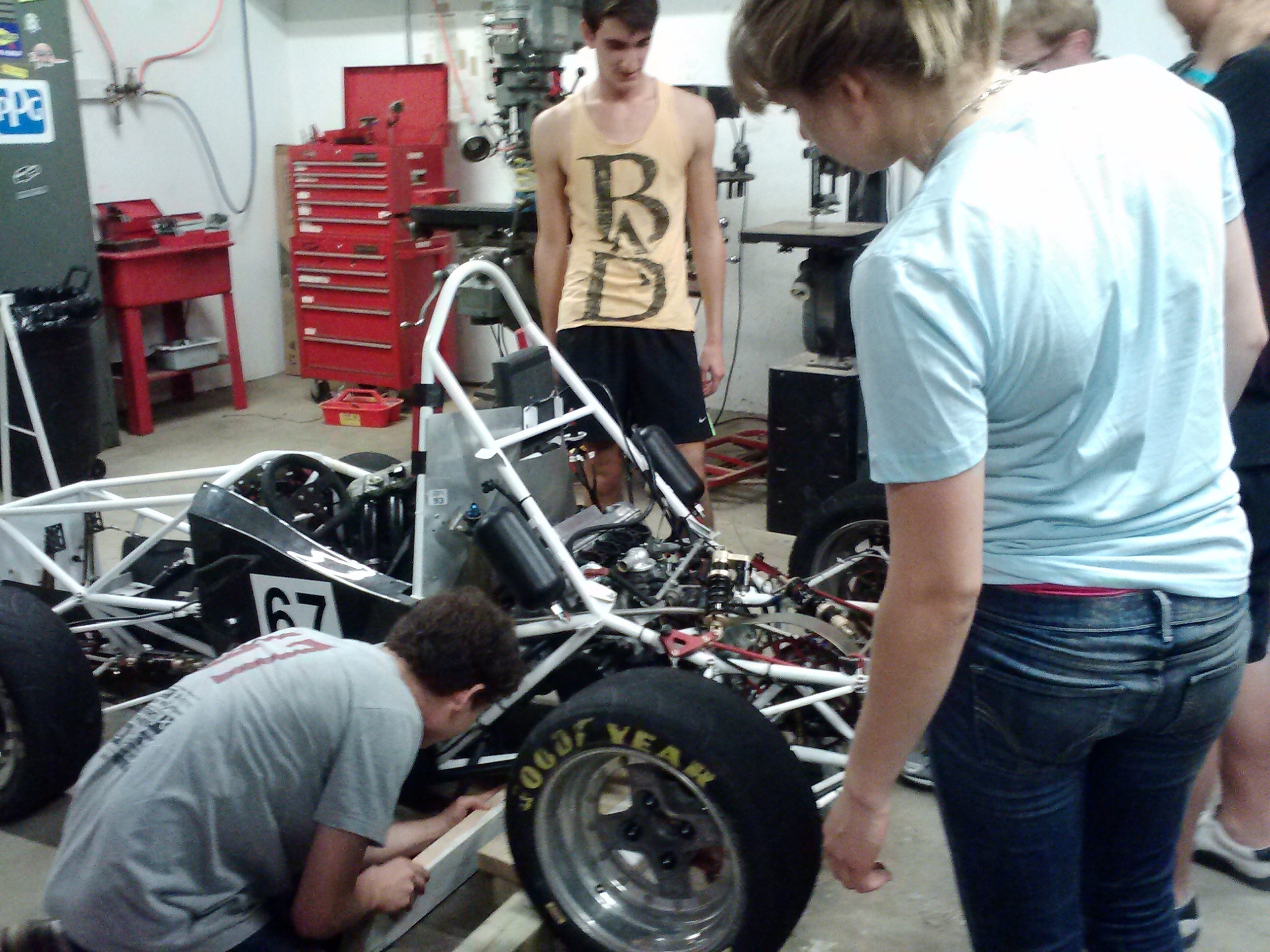 Carnegie Mellon University’s chapter of the Society of Automotive Engineers (SAE), which has historically built and competed with gasoline-powered cars, is transitioning to electric vehicles (EV) in preparation for the second-annual Formula SAE Electric event in June. This event is the newest division in SAE International’s Formula SAE competition. According to the Formula SAE website, a team of mostly undergraduate engineering students must “conceive, design, fabricate, develop and compete with small, formula-style vehicles” before the competition date in June. The students will act as contractors and build their car according to a fictional customer’s specifications. At the event, they will be awarded points based on their design, cost, and business plans as well as the vehicle performance.

With regards to the team’s motivation to transition to the EV competition, preisdent of Carnegie Mellon’s SAE competition team Carnegie Mellon Racing (CMR), Michael Spinelli says, “Our goal is to show that Carnegie Mellon electrical engineering and electric vehicles is a winning combination… .We want to push the industry boundaries.” Indeed, pushing the boundaries of their own organization with the introduction of electrical and computer systems in the formerly pure mechanical design has made them reach out to other engineering disciplines.

Electric power and gas power differ in many ways. According to the Office of Energy Efficiency and Renewable Energy, one of the major differences is that while gasoline-powered vehicles have hundreds of moving parts, EVs have only one: the motor. Instead of an engine, it is the motor that produces the force to move an EV. Foot pedals that control cables for accelerating and breaking in a gasoline-powered car now only control an electrical output. Additionally, a battery that stores energy replaces the gas tank, the controller controls acceleration and speed instead of a carburetor, and other mechanical-electrical systems replace what used to be purely mechanical systems.

To help with the design and programming of these systems, CMR has recruited more electrical engineers than it ever has done. One person that joined the team as a result is Omar Skalli, a sophomore electrical and computer engineering and biomedical engineering double major, and the system leader for the accumulator (the battery). During their weekly general body meeting last Friday, Skalli began training members on how to safely collect data from the lithium-iron-phosphate battery cells. “Charge too little, they blow up,” he explained. “Charge too much, they blow up. So safety is of the upmost concern.”

Accumulator testing will take place at Carnegie Mellons’s ChargeCar garage for gasoline-to-electric vehicle conversion on Forbes Avenue. Eventually, they plan to evaluate most of the 100 or so battery cells while they construct their 80-plus cell battery pack.

With its new electric motor that should be able to exert up to 4,000 pounds of force, the car will theoretically reach a maximum speed of 120 mph. An attribute of motors’ high power-to-weight ratio is that they allow EVs to accelerate much faster than traditional cars; CMR is expecting its newest vehicle to be able to travel 75 meters from rest in only 3.7 seconds. Drivers selected from within the team can expect to experience up to two Gs of lateral force.

When asked about the one thing he would like people to know about CMR, Spinelli said that the greatest selling point of SAE is the real engineering.

Brian Tang, the unsprung mass system leader and mechanical engineering master’s student, agrees. “It’s just good hands-on experience that lets you have full control over what you’re doing. There’s nothing restricting you from designing it however you want. It gives you the responsibility and the opportunity to test your skills,” Tang said. At CMR, this is especially true. “Right now,” he said, “there are not that many teams [in the EV competition], and it would be cool to set the standard. It’s like a new frontier.”

As the team begins to enter the manufacturing stage of the car, they must continue to work hard to stick to their timeline. If they remain on schedule, the car will begin rolling in the Morewood Gardens parking lot on Dec. 2. However, another exciting date comes sooner; registration opens next week and the car, known tentatively as “XXE” will receive its registration number from Formula SAE.

For the mechanical purists, all is not lost. In addition to their work on the electric vehicle, the team will continue to repair and run some gasoline-powered cars from previous years. Although these cars will not compete, having them running will provide valuable resources for driver training and data collection.