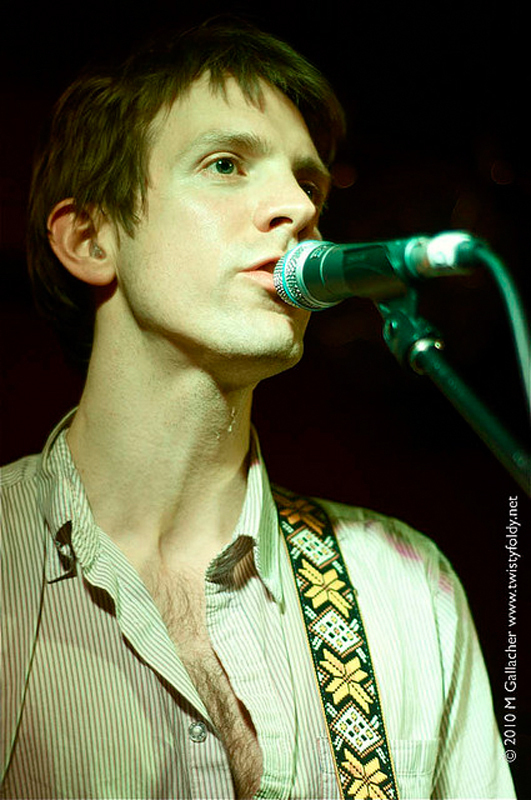 Indie rock band Shearwater had finally made a name for itself with its previous three albums. 2008’s Rook got the artsy, nature-themed band some critical acclaim; The Golden Archipelago built on that success and expanded the band’s instrumental and color palates; and last year’s Animal Joy was the most commercially successful. The album freed up the band’s primitive and primal sensibilities with its Andrew-Bird-meets-Bruce-Springsteen feel.

The three albums contain some of the best indie music produced in the past decade — lead singer Jonathan Meiburg’s voice makes Bon Iver sound like a whining schoolboy — but Shearwater hasn’t yet done anything to put its name on the map. Meiburg and his cohorts are still working on a new solo album to build on their triumphs.

In the meantime, we get Fellow Travelers, a cover album that does little good for the band. If anything, it ensures that Shearwater’s next album won’t receive as much attention as it should.

Granted, the album’s theme has merit. The band covered songs by current influences instead of older ones: Each song on the album belongs to a group Shearwater toured with. Meiburg’s arrangements scream forgettable, however, and so do the songs the band chose to cover.

Fellow Travelers starts out strong, with the closest Shearwater’s ever come to a rock anthem: Xiu Xiu’s “I Luv The Valley OH!!” Meiburg channels his inner Josh Homme from Queens of the Stone Age, but it’s nowhere near as thrilling or well paced as any upbeat track from Animal Joy.

St. Vincent’s “Cheerleader” wins the award for worst song choice. She has dozens of songs that would be better fit for Shearwater’s aesthetic, but instead they took one of her most well-known tunes and took it too close to the country genre for comfort.

“F****d Up Life” is another subpar track, and offers an odd experience. Hearing the f-bomb repeatedly fall out of Meiburg’s magnificent mouth is like eating pudding from a bowl lined with garlic salt. It’s distasteful and unnatural. The band’s sound is often so pure that expletives sully them, making them seem cheap.

This isn’t to say that Fellow Travelers doesn’t have good songs — David Thomas Broughton’s “Ambiguity” is the simplest, most introspective, and most effective on the album. A repeating chord progression in the harp and a fairly static synth pad are all Meiburg needs to float and toy with lines like, “Such selfishnesses trivialize any tenderness/As the coffee commands the torture of my bowels.”

The drum and bass on a few of the tracks — “F****d Up Life” in particular — may not be processed, but it sure sounds like it. Even for a cover album, this departure from what the band is good at — especially while they’re still developing that sound — doesn’t seem like a great idea.

Shearwater’s main appeal lies in its excessively organic sound. Every song is like a journey through a different expanse of wilderness: a mad rush through the deep forest (“You As You Were,” Animal Joy), a trek over glacial peaks (“The Snow Leopard,” Rook), or a passage through the Strait of Magellan (“Castaways,” The Golden Archipelago). Without the visual and poetic appeal of its own music, all Shearwater has to offer is a pretty voice.

Shearwater would have been better off storing Fellow Travelers away until its next solo album was finished. This throwaway LP ruins the momentum it had carefully built up over the past decade; hopefully, the band’s next venture can put it back on track.